Baked Alaska Gate on the Bake Off! 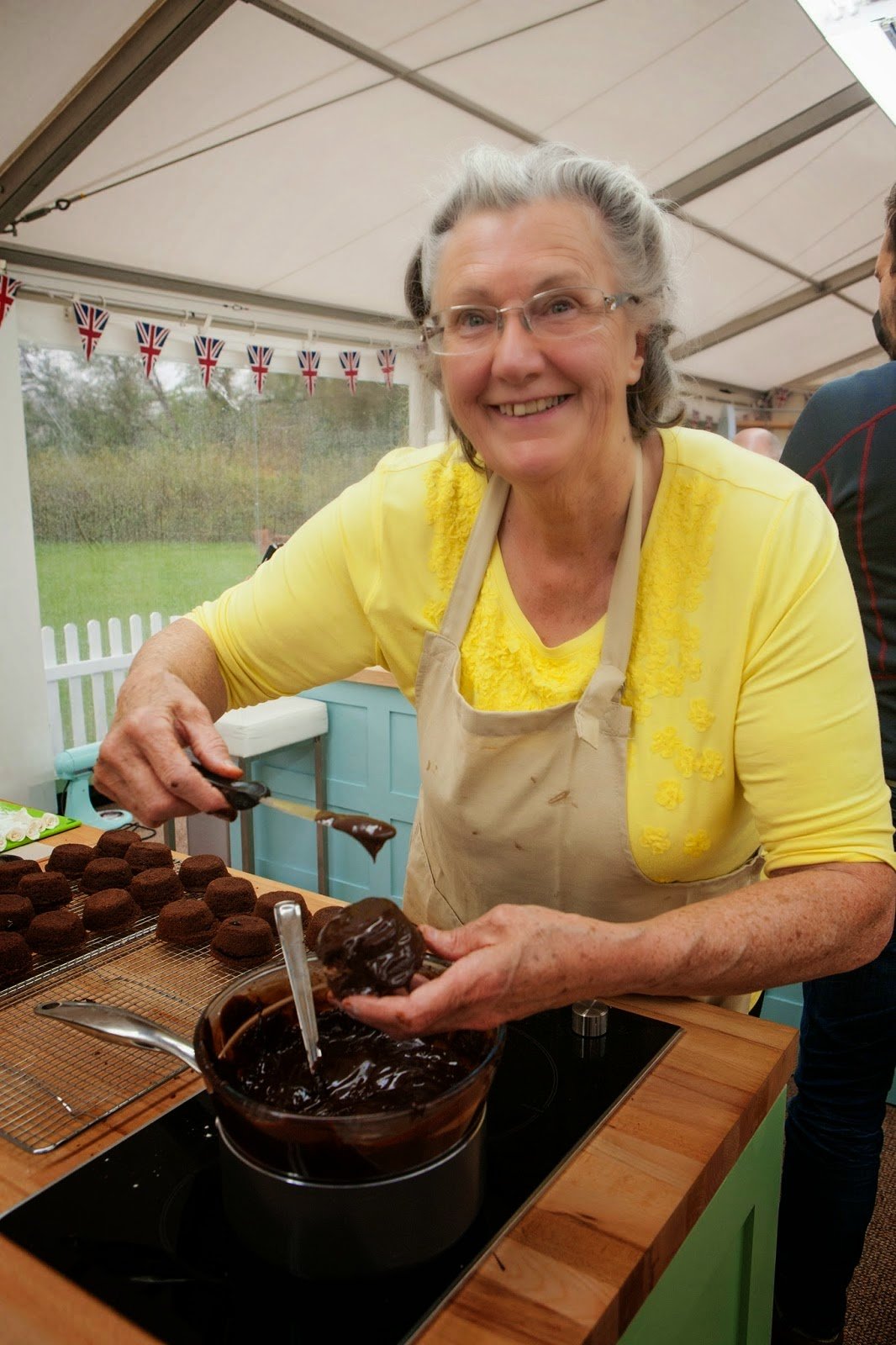 In a week where the sauce count was off the scales – there’s something about the actual use of the word ‘sauce’ that notches up the smut factor – we kicked-off with a self-saucing signature spectacular. In a round instigated by Mel and Sue channelling their inner Kenneth Williams the remaining nine were tasked with eight individual self-saucing puddings. The key: your sponge nice and light, timing everything. In what was also state-the-obvious week Luis, baking poached pear puddings, screeched “fluid with sponge…anything could happen!” But nothing did. After having his sauce humiliating dripped over his presentation for all to see Paul described his sponge as ‘claggy’ and ‘not enjoyable.’ Beard-of-the-year Iain offered chocolate, raspberry and lime fondants which Mary declared ‘very, very chocolaty’, ‘a ‘lovely taste’ agreed Paul. Norman, oh sweet Norman, a bit like your Dad after a baking BTEC offered eight lacklustre mini sticky toffee puddings described as ‘untidy’ and ‘not very attractive’ by the judging duo. Norman’s continuing lack of imagination and play-it-safe decisions are beginning to make him look just lazy now, a real shame as he’s great value for us at home. After disappearing a bit last week it was a stronger showing from Martha. However, her peanut butter chocolate fondants collapsed and almost welded Paul’s mouth shut. We can but hope. We also learnt Martha was actually in the middle of her A-Level exams during weekly bakes. Surely there is some rule about this but the girl has got to be praised for that juggling act. Finally Diana, who’s level of battiness reached Hyacinth Bucket levels this week joined Luis’ Breaking News brigade: ‘now the vital part: the baking…and the sauce!’ Glad she cleared that one up. Kudos to her though for the beautifully presented orange and lemon curd pots in china tea cups. Paul was won over ‘the flavour is absolutely gorgeous’ he purred. Richard seemed to gleam the most praise, though, his black forest chocolate fondants got Mary all hot and bothered ‘that’s what I call a sauce pudding!’ she shrieked. With Paul’s praise topping it off ‘exceptionally baked.’

This weeks technical challenge was another Berry baker-breaker of precision and downright guess work: a tiramisu cake, an adaption of the classic dessert. I feel like I’ve said it every week but this time the technical really did seem to stump most of our bakers. And crikey, did it show. Iain, taking his first steps on the path of doom, didn’t fare well with a flat sponged-offering. Norman, eventual 8th placer, had other priorities when clearly praying for enough brandy left for ‘a wee nip.’ Carry on like that Norm and you’re gonna need it. Luis claimed the second place with his ‘nice looking, nice tasting’ tiramisu. It was a sweet moment to witness his genuine delight and shock at the result. Martha was the most confident with the challenge, and glee quickly spread across her cherub face upon realising she was the only one who had the faintest clue of what to do. Her eventual offering was praised to the tent roof in the table tasting finale: ‘distinct layers, lovely sharp edges…the flavour was perfect’ and saw her rightfully rewarded 1st place. It garnered a chuffed reaction akin to passing those A-Levels. Age irrelevant, she is still a serious contender for the crown.

But now, to a showstopper round the like we’ve never seen before. Baked Alaska’s at Dawn. Bins at twenty paces. Swinging tent flaps. What started off as a seemingly normal, albeit kitsch, challenge is still simmering along in social media controversy as you read and will no doubt go down as one of most famous bin-related televisual moments ever.

To set our scene: the group were challenged to a four-and-a-half hour baked Alaska showstopper. That’s sponge, frozen centre and the Abigail’s Party of all finishes – a Meringue coat. To top it off the ice cream should be home-made too by adding your own flavours to a basic custard. Throw in the the hottest day of the year and you have yourself a nice little simmering pot-boiler.

As ever this round saw some wonderfully inventive twists on this classic. Kate, letting her cosy yummy Mummy facade slip, opted for a kitscher-than-Sue Pollard pistachio, raspberry and chocolate Alaska ‘for my fellow Brightonians…I’m camping it up’ she said gaily. However it wasn’t all tits and teeth in Paul’s opinion ‘sponge and flavour excellent’ he praised. With the mercury rising you could almost smell the tension in that tent, all our bakers painfully suffering increasing ice cream freezing issues throughout the challenge. Iain was suffering particularly. He was hardly off to the best start with his black sesame seed and coffee caramel Alaska when Paul declared his ice cream mixture as looking ‘absolutely revolting’ to add insult to injury he was having serious ice cream freezing dramas…

Norman, either in a brandy induced moment of honesty, or genuine game-player revelation, finally admitted he had been ‘playing it safe’ for the first few weeks and was ready to take it to the next level. With an alaska strawberry surprise. It was deemed a mediocre success by Berry who felt it ‘could do with more vanilla.’ And imagination. And effort. And brandy, probably.

It was a much-needed successful round for Diana whose swan shaped Alaska – kitscher and more disturbing than you could possibly imagine – was a resounding success in Paul’s eyes. ‘Looks pretty good, and the sponge is delicious. You should be proud’ he said. In a much needed confidence boost for Diana he rather sweetly encouraged her to not come with her head down so often. Oh Paul…if only you knew what lay in store for poor Diana. In case your own head has been in a freezer, Diana, in a brief moment of panic, had left Iain’s already flaccid ice cream out of their shared freezer – for what we now know was only seconds. In a brilliantly awkward moment, and one of Sue Perkins’ finest moments on British television, she hovered around him as the utter devastation of what had happened dawned on Iain. And then he threw it all in the bin and stormed out of the tent. This flash of temper saw Iain become the fourth baker sent home and resulted in an inevitable social media frenzy of opinion, conjecture and accusation. Sue herself waded in on the melee explaining the forty seconds of freezer freedom was not enough alone to reduce Iain’s Alaska to the mush we saw. Poor Diana, quickly accused of sabotage, was treated to the ultimate insult, her own hashtag #dirtydiana  Whatever your opinion, Iain was a fool and could’ve presented what he had remaining, however, and most importantly he had been a regularly inconsistent baker from week one. It was the right decision and his exit means it’s really down to business now. 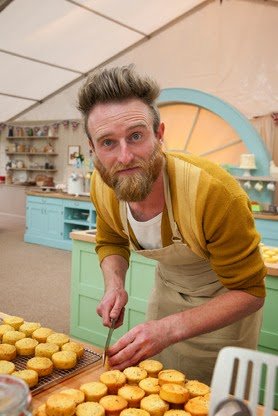 I agree with his second star baker crown; Richard is on his way to the final.

Things are getting serious now and despite the fact I said it last week, I truly think it could be time for Norman and his bland bakes to take a bow.

Next week: pies and tarts. Mine’s a bakewell