Amongst the commissions are Billy Whizz (w/t), a documentary that follows the remarkable story of Billy Monger, a young racing driver who had a life-changing crash resulting in the amputation of his legs, as he returns to racing to pursue his dream of becoming a Formula One driver. The Rap Game (w/t) is new six-part series where five aspiring British MCs spend 30 days together to compete to prove that they’re the next rap superstar.

Also announced is Blindboy Undestroys the World (w/t), a satirical undercover programme which features Blindboy Boatclub from The Rubber Bandits on a quest to unpack the housing crisis and to question the system that leaves millennials homeless.

A terrifyingly vivid, meticulously researched depiction of the lure of the far-right, the film will be set in Cardiff by Welsh playwright Alan Harris (Sugar Baby, How My Light Is Spent), directed by award-winning film-maker Joseph Bullman.

Speaking about the new commissions, Damian Kavanagh, says: “On BBC Three we will always provide a platform for distinct voices and tell stories that matter to young people in Britain today. With these new shows, we’re doing just that by featuring a truly unique voice who unpacks the housing crisis and its impact on young people in Blindboy Undestroys the World, an incredible story of triumph over adversity in Billy Whizz and a drama that will address the rise of the far right, a subject that has increasingly become part of the national conversation in The Left Behind. Whilst The Rap Game is an exciting new format for BBC Three that taps into a creative culture that actively embraces young people sharing their experiences.” 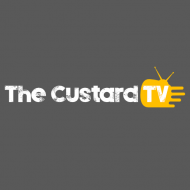