Celebrating The Wire 20 Years On.

It was the show’s mastery of character that made it great.

20 years ago this month, HBO aired the first episode of The Wire. Nine months earlier, 9/11 had dramatically snatched federal law enforcement’s attention and budget away from the war on drugs and towards the war on terror. No one was trying to hear about police wiretaps on drug dealers in unfashionable Baltimore, the ugliest city in America. When it finished its run just under six years later, it was a very different story. After five remarkable seasons, it became the go-to high watermark for any discussion of prestige TV. More so than Breaking Bad, Mad Men or even The Sopranos it embodied the golden age of TV. Although the buzz surrounding the show took a while to build, the slow-burn storytelling would eventually garner universal acclaim leaving an intimidating legacy for any show that followed in its wake.

Right from the off, the show was deeply embedded in reality. Showrunner David Simon spent a year shadowing murder detectives in his book Homicide: A Year on the Killing Streets. He saw up close the grim reality of the drug trade, all the contradictions of police policy and how pressure from above inevitably caused cracks in the faulty system. The Wire delivered its multilayered critique of the war on drugs slowly but brutally. The stories it told hit home intellectually and emotionally, drawing the viewer in and creating a connection that few shows since have been able to match. 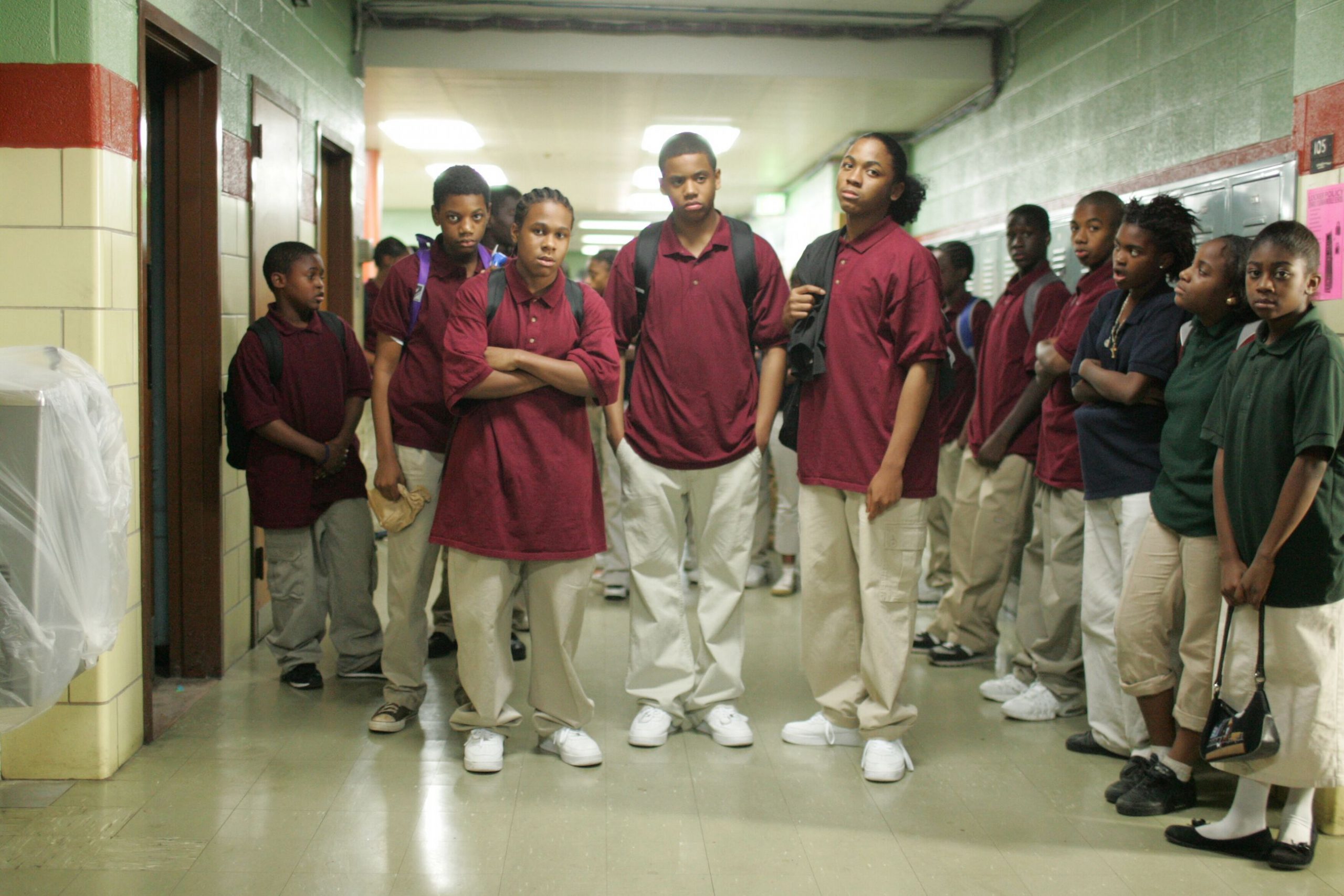 Season four of The Wire which focuses on the school system is often hailed as one of the best seasons of television of all time.

That connection was made possible through its superpower, its characterisation. It’s one thing to get lectured on how the system fails young offenders but quite another to watch those kids stumbling their way through the school day or just goofing around as we did in season four. Half the time it felt like you were watching the Inbetweeners then all of a sudden you were in New Jack City. The time and care the show spent building our empathy with Michael, Dukie, Wallace and the rest paid off handsomely when the streets swallowed them up and we had a human face on systemic failure. Abstract ideas were made concrete through the power of parables.

The same applied to the show’s portrayal of Baltimore’s finest. While angels may have been thin on the ground, there were enough gnarly plods in the Baltimore Police Department to root for as they dodged the bullets, bosses and brutality cases. Jimmy McNulty (Dominic West) may have been a drunk, a womaniser and a reckless insubordinate but on his day he was as good a detective as had ever graced the BPD. There was sterling support from the principled rascal Bunk Moreland (Wendell Pierce), affable knucklehead Herc Hauk (Domenick Lombardozzi) and the wise old house cat Lester Freamon (Clarke Peters). They lived in a world where talking back could get you demoted and giving a f**k when it wasn’t your turn to could get you ostracised. Anyone who ever worked a dysfunctional system could relate hard to Jimmy and Bunk as they boozed their way through their frustrations, one eye on the talent, the other on the next round. 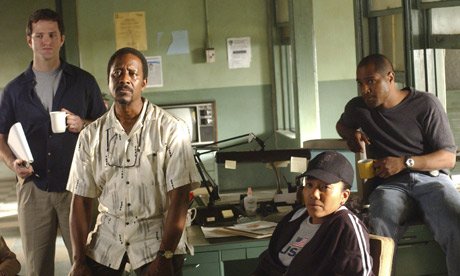 Perhaps most emblematic of the show’s manifesto though was Major Howard “Bunny” Colvin (Robert Wisdom), the cop who tried to rewrite the narrative of the drug war. With his retirement rapidly approaching, Colvin saw an opportunity to throw a Hail Mary pass with his radical unauthorised and unofficial decriminalisation of drugs in the Hamsterdam zone. The radical experiment saw a drop in crime in the city but the chaos that ensued was quickly picked up by the media, sounding the deathknell for the project. It was the classic example of right idea, wrong time, wrong place.

Bunny may not have had all the answers but at least he was asking the right questions. The mayor swiftly put him out to pasture on a reduced pension but Colvin’s good deeds weren’t done yet. After working as a field researcher for a University of Maryland social work project, he ended up adopting Namond Brice (Namond Brice) offering him chances he would never have on the streets. Willing to put his on the line for the greater good, Bunny was the ultimate example of walking the walk.

I ain’t no suit-wearing businessman like you. I’m just a gangster, I suppose”

While the greater good might not have been high on the agenda of Baltimore’s career criminals, there was much to admire there too. If you wanted gangster shit The Wire did that as well as anyone and again it was character-driven. The clash of personalities between gang boss Avon Barksdale (Wood Harris) and his underboss Stringer Bell (Idris Elba) was as epic as any Shakespearean tragedy. Avon summed it up “I ain’t no suit-wearing businessman like you. I’m just a gangster, I suppose”. Stringer took night classes in macroeconomics where he learnt the importance of rebranding a weak product like he was team leader prepping for the notoriously tough drug-trafficking task on The Apprentice.

Idris Elba was unknown when he took the role of Stringer Bell.

Stringer was an innovator. Much like the social reformers of the 19th century, he set up a co-op (hilariously called the New Day Co-Op) for drug dealers with fellow reformer Proposition Joe (Robert F. Chew). Just like Colvin, they saw the absurdity of the system and the futility of wars over territory when everybody could be making money peacefully. Drug traffickers from the east and west of the city living together in harmony, unperturbed by predators or police – who could have a problem with that?

More than anyone, Omar Devone Little captured the imagination of the watching public.

Ah, I can think of one guy. Walks slow, carries a big gun and turned robbing drug dealers into performance art. More than anyone, Omar Devone Little (Michael K. Williams) captured the imagination of the watching public. In many ways, he could have walked out of any Western – a lone gunman with a back story, an itinerant holing up wherever he could, sticking up criminals for pleasure and profit. Feared, hated but always respected, Omar was the scourge of the trap houses and produced many of the show’s most memorable scenes. His courtroom testimony against Barksdale hitter Marquis “Bird” Hilton (Onyx rapper Fredro Starr) was epic. After Barksdale lawyer Maurice Levy (Michael Kostroff) calls him a parasite he retorts “just like you, man,” going on to explain “I got the gun, you got the briefcase. It’s all in the game though right?” Not many argued with the moral equivalence least of all the presiding judge. While no one was kidding themselves Omar was a Boy Scout, he at least seemed to operate in a moral universe. “A man must have a code,” he told Bunk and it was refreshing to hear at least somebody thought so. 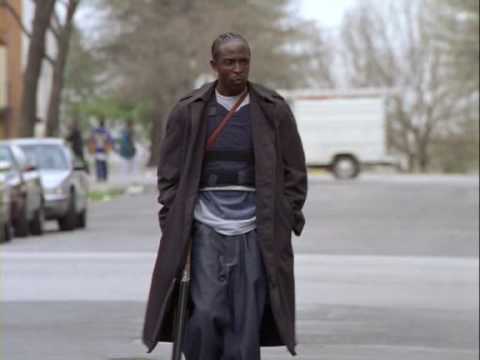 That career-defining performance by Michael K. Williams wasn’t his only contribution to the show. It was he who discovered Felicia Pearson in a Baltimore club, a chance encounter that led to her being cast as Snoop. Pearson had been selling drugs on the streets of Baltimore from an early age and was convicted of second-degree murder aged 16, serving 6 1/2 years for the crime in prison. She was the walking embodiment of everything The Wire spoke on. Throwing in an unknown non-actor into a prestige HBO show in its third season was a risky move but Pearson brought a chilling authority to the role. Along with partner-in-crime Chris Partlow (Gbenga Akinnagbe), she formed a two-pronged killing machine that Wire aficionados credit with 35 bodies. Not for nothing did Stephen King call her “perhaps the most terrifying female villain to ever appear in a television series.”

Even down among the scoundrels at City Hall, we found people we could relate to. Tommy Carcetti (Aidan Gillen), inspired by Baltimore politician Martin O’Malley, was an ambitious, ruthless local councilman who tried in his own way to make a difference. There’s every indication that Carcetti at least started out with the best intentions. As we saw him manipulate colleagues, cheat on his wife and burn close friends though the feeling grew that he was a little bit too good at playing the system. In the series-ending montage, he is elected governor of Maryland, his star very much in the ascendant.

The game is out there, and it’s either play or get played.”

All of which demonstrated that famous line from the show “the game is out there, and it’s either play or get played.” If that was true on the street it was doubly true for the politicians and nobody played the game like Clay Davis (Isaiah Whitlock Jr.). A corrupt senator who spent his day greasing palms, working the press and lining his pockets, Davis could finesse his way out of any of the tight situations he inevitably got into. $20,000 of Avon Barksdale’s money showing up in his driver’s car barely made a dent in his reputation. Scamming Stringer Bell for $250,000 was all in a day’s work. And when the Feds finally got him in court on a money-laundering he knocked the case out of the park with a blockbuster speech to the jury.

And yet we still related to him. It was the characters ultimately that allowed Simon to put a human face on the issues. It’s the reason why it’s become a set text on college courses, the Hamlet of the small screen. As many of its fans will attest, it’s a show that bears several re-watchings.

You can see its influence in Snowfall, BMF and Boardwalk Empire and Damon Lindelof has spoken of how the show’s bold second season inspired his planning of The Leftovers’ sophomore outing. Its reach extends into hip-hop with New York rap legend Pusha T referencing the show in his lyrics, even naming his debut album My Name Is My Name after Marlo Stanfield’s unforgettable monologue. You can also find the show name-checked in the lyrics of Eminem, Lil Wayne and Sean Price. 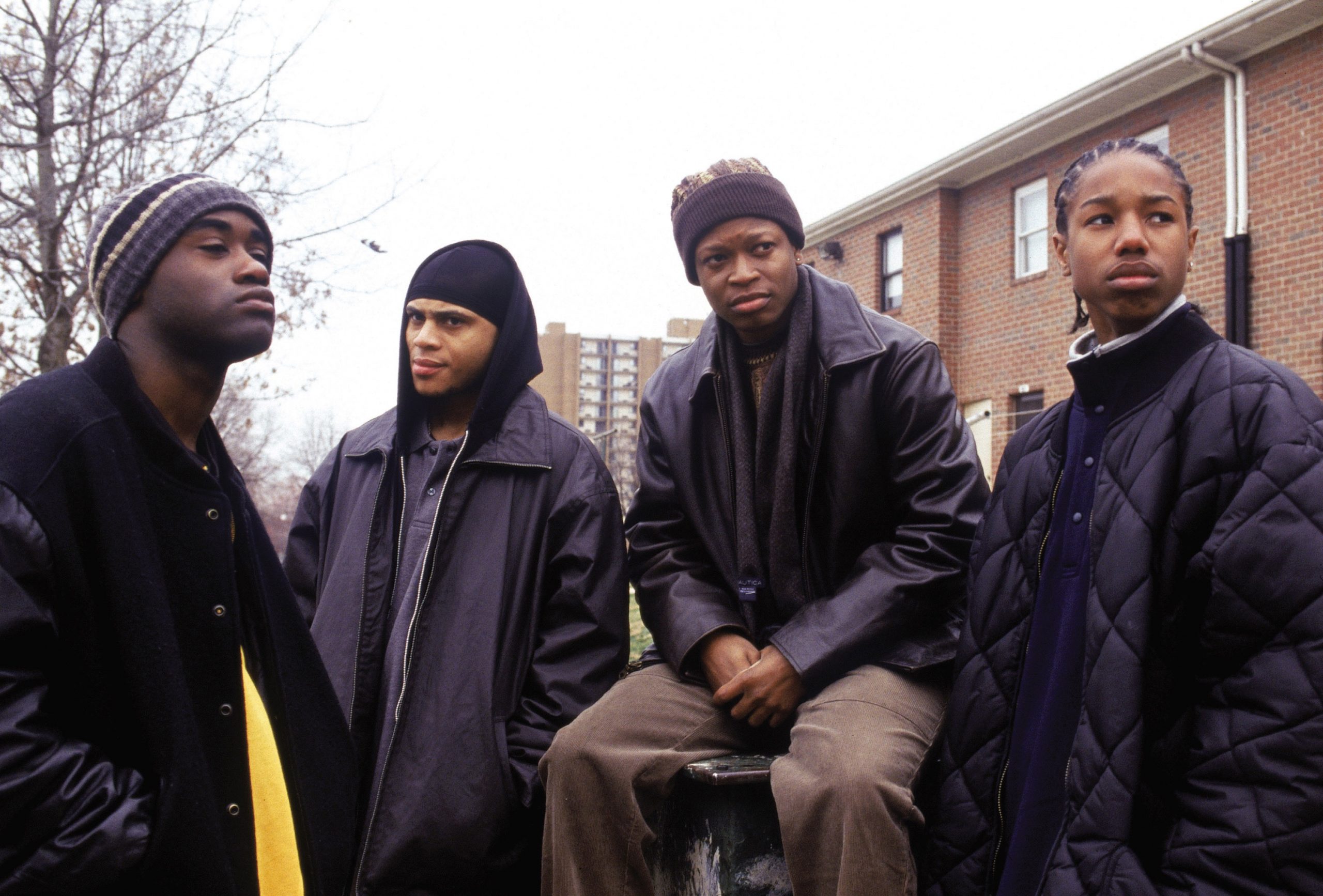 Then there’s the acting careers it helped launch. Seth Gilliam went on to land a big part in The Walking Dead, Michael K Williams starred in Boardwalk Empire, Lovecraft Country and The Night Of and Michael B. Jordan would star in the Creed franchise and make the Time 100 most influential people in the world list in 2020. It’s easy to forget that Dominic West and Idris Elba were relatively unknown prior to their casting. Jamie Hector has been busy too on standout shows like Quarry, Bosch and We Own This City.

David Simon returns. We Own This City and the vindication of The Wire

Maybe more than anything else, The Wire shows that a story with a message can be delivered as powerfully on TV as anywhere else. The show’s creators cared passionately about getting that message across. That ultimately is its most powerful legacy – the show that gave a f**k when it wasn’t its turn to.