Feminism isn’t dead: it’s just constantly checking itself out in the mirror 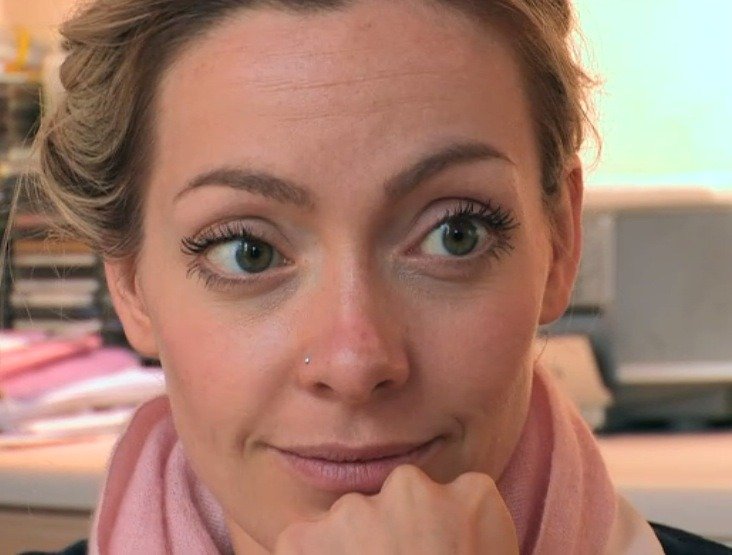 At eight and a half stone, Cherry’s far from overweight and is athletic and pretty. She knows the calorie content of every item in her fridge and is, she says, “bordering on psychotic”.

So far, so normal? Cherry wants to talk to a lot of different women on her journey: women who are skinny, a woman who is fat and a woman who has bulked up in her pursuit of the body beautiful.

Cherry is 30 and feels that this is the perfect time to address her ‘turbulent relationship’ with her body. We’re invited on a journey of self-discovery through her wide-eyed fascination with staring at women’s rear ends and asking men which piece of woman meat they’re more interested in: bums or boobs?

Why do you do this to yourselves?

First up is the beauty pageant, where near-pre-pubescent girls strut their stuff in swimsuits and prom dresses for the delight of the judges. The first hard-hitting questions come: “why do you do this to yourselves?” Confidence, it seems, is the answer. It’s a very sad state of affairs when the confidence of a 14 year old, clad in small triangles of iridescent cloth to cover their nubile private parts, is boosted by parading themselves in front of strangers who give their approval in arbitrary numbers. But they get complimented all day and their (self-confessed) false confidence is what they need to win. These gangly teens who’ve not yet grown into their adult bodies are setting themselves up for a world of self-esteem issues when they discover, in the real world, that life isn’t all about telling you how pretty you are.

Once outside the pageant’s judging circle, Cherry gets down to the issues: a common theme throughout the programme, where she talks up the interviewee, then offers startling insight behind their backs. A confidence boost, Cherry asserts, is a “really great thing”, but it’s shallow to put so much value in how you look. Not a thought-process in evidence from past-Cherry, as we see seven of Cherry’s journals, representing twenty years of self-hatred and negative thinking. “I want to know if I’m alone in thinking this way” she says. Sadly, she’s not.

“Yeah, then we’d be perfect”

Sophie and Danielle, sisters, are featured next. They tell her how they spend most of their time looking at other girls, comparing how they look and dreaming of surgery on their breasts, hips, noses and ears, to name but a few. “If I had the money I’d change all of it” says Sophie. Cherry does little to combat their negative body issues and simply mocks their self-image with sarcasm at how ‘massive’ they are. Not only does Cherry not tackle them about why they feel this way and why they can’t be happy with other aspects of themselves other than their appearance, but she encourages the discussion with inane comments in a nightclub about how great it would be “if only we could take a part of each person away” – “yeah, then we’d be perfect”. At this point, I couldn’t have been more depressed and alarmed if someone had come to try and suck the fat out of my hips to inject it into someone else’s lips.

Cherry’s outside the nightclub now, for her customary bit of analysis, unheard by any of her subjects: “girls have accepted this inter-female competition as the norm… I think it’s really unhealthy, but the question is, what can we do?”

Wanting to reprogramme herself out of the Kate Moss thinspiration thought-process, Cherry goes to meet Princess, a girl literally up her own arse. Princess wants to pay £4,500 for a bum lift and Cherry accompanies her to the surgeon for a quote and grope.

Over the obligatory sidetrack of Beyonce’s ‘Bootlylicious’, we witness the objectification and judgement of unsuspecting clubbers’ bottoms as Cherry experiences a mindset shift: big bums are beautiful now.

What piece of woman meat do you prefer?

But Cherry wants to know what part of the female anatomy is most worthy to men: do they prefer bums or boobs? Only one, older man, is the saviour of the programme; a voice of reason in a narcissistic arse of a programme. “Can you describe to me the perfect body?”, “No, because I don’t think there is one” he says.

So what is the point of this show? What’s new about it? Cherry discovers, by way of visiting members of a naturist colony and a female bodybuilder, that there’s no point in striving to be something you’re not. But fringe interests like bodybuilding and naturism aren’t the only ways to feel good about yourself, surely? These are just other ways of focusing on people’s bodies.

How can we address this inter-female competition? How can we teach young girls about their value other than which part of them they should accentuate the most – the jiggly bits on the front, or the wobbly bits on the back? How good are treatments like cognitive behavioural therapy for addressing negative, damaging thought processes? Questions that were never answered.

An acceptance of a body rather than an obsession

It’s interesting to note that she gasped and gaped and fell over herself to tell the thin girls and the bodybuilder, Yvette, from Croydon, how beautiful they were and how empowered Yvette made her feel but all but ignored the physical appearance of Fatty Unbound blogger, Kirsty, who actually embraced her own body and the way it was. Fat acceptance is just as fringe as bodybuilding, but it does seem to want to value more than what you look like: an acceptance of a body rather than an obsession with honing and enhancing it constantly. With just being. Her clothes and fashion choices were lauded, but there was no attempt to really place Kirsty inside the world that Cherry inhabits. Kirsty was an outsider and only inspired a contrived sequence in which Cherry hid her scales behind the sofa, promising to chuck them out if she used them the next day. A broken promise, as a few days later Cherry was back to weighing herself once a day.

“The scales aren’t the problem; the problem is in my head”: a truer yet less profound statement has never been uttered before. I really question the motives behind sending someone with self-confessed self-image issues to do a programme like this. It wasn’t educational, it wasn’t life-affirming or eye-opening: it simply reinforced the view that it’s normal to define yourself by your dress size. There’s a pervasive obsession in television in showing a ‘journey’; a journey which, in this case, was overly-contrived and concluded with Cherry being only slightly more comfortable in her own skin. Confident enough to flash a nipple and her bum in a swimming pool with just a camera man as a witness, BBC 3 carefully cropped out the bits she was uncomfortable with. Her ‘faults’ though, were there for all of us to see and I’d like to have seen serious investigation of the issues, rather than just her bare buttocks.