David Simon returns. We Own This City and the vindication of The Wire

A new David Simon project dropping has roughly the same effect on critics that a designer drug has when it debuts among addicts. So with We Own This City beginning on Tuesday 7th June on Sky Atlantic expect a deluge of podcasts, blogs and think pieces marking the event. Simon made his name depicting flawed systems, complex ecosystems with multiple moving parts, every one dependent on the other. We had the glorious disaster of Operation Iraqi Freedom in Generation Kill, the pimps, hookers and pornographers of the sex industry in The Deuce and the multilayered dysfunction of the war on drugs in The Wire. Critiquing broken structures requires the steady hand of a surgeon, the mind of a prosecutor and the tenacity of a junkyard dog. Simon has all three. Now he turns his attention to the real-life scandal of the Gun Trace Task Force in the Baltimore Police Department. Chronicled in Baltimore Sun journalist Justin Fenton’s 2021 book, the show uses Fenton’s reportage as its touchstone to guide us through the murky corridors of systemic corruption. It’s quite a journey. It comes with larger-than-life characters every bit as vivid as those depicted in the towers and the low rises on The Wire.

Our focal point is Sergeant Wayne Jenkins (Jon Bernthal). Jenkins heads up the Gun Trace Task Force. He’s the driving force behind the suspect beatings, evidence planting and theft of cash and drugs the task force excelled in. Jenkins is a true believer. In his quest to get scumbags off the streets, the ends justify pretty much any means. He believes police should be adequately compensated for the risks they take and if that means routinely pocketing a few thousand dollars here and there from suspects and civilians alike then he’s good with that. Brooding, charismatic and volatile he has no problem jumping into the thick of the action when things get rough. He’s the kind of guy you’d want on your side in a ruck – you just wouldn’t want to turn your back on him for any length of time. 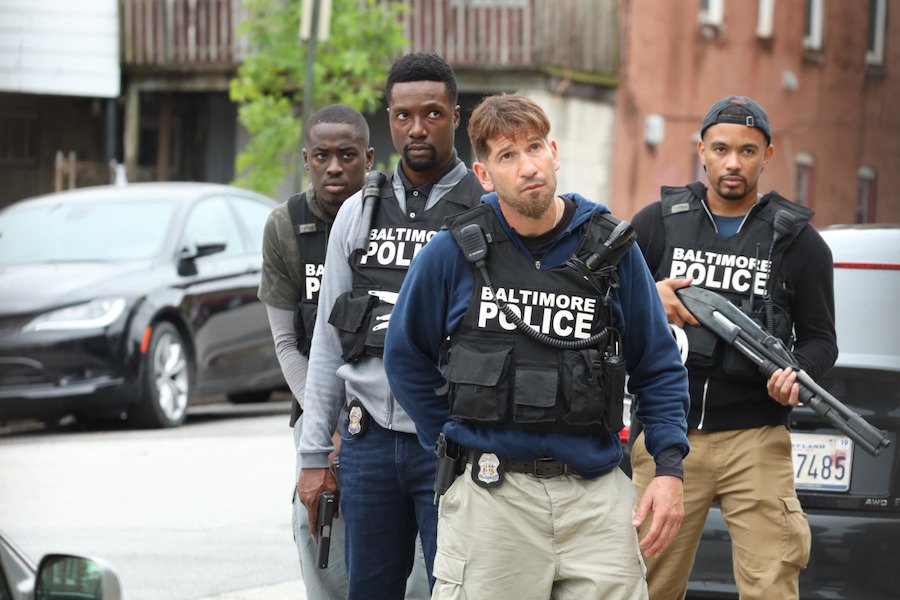 Next up on the task force roster is Momodu “G Money” Gondo (McKinley Belcher III). If G Money sounds like the street name of one of Avon Barksdale’s lieutenants that’s not entirely misleading. Gondo is very much all about the paper and he’s a man keen to make hay while the sun shines. His co-worker Jemell Rayam (Darrell Britt-Gibson) is of a similar mind. “Let’s go at this shit hard. Let’s enjoy this shit while we can.” Who says the American work ethic is dying?

It all makes you wonder how they got away with it for so long. Well, remember on The Wire how hacks who massaged the numbers rose to the top as good police floundered? Similar systemic failings are at play here. Say what you will about the task force but their arrest rates are through the roof. They like nothing more than banging on those corners, hitting up dealers with spurious charges, keeping them in custody for a few days so they can’t kill each other and receiving the warm golf clap when crime statistics improve. The overtime faucet is switched on and the money just keeps flowing. It doesn’t solve the problem, doesn’t even make a dent in it but in a broken system you’re either a predator or you’re lunch. 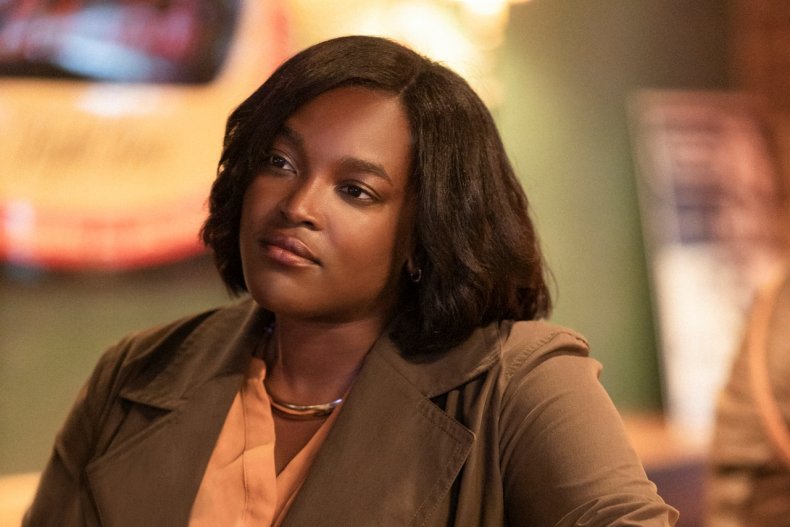 On the side of the angels, Civil Rights attorney Nicole Steele (Wunmi Mosaku) investigates the task force combing her way through the brutality and malfeasance complaints piling up against the BPD. She’s aided by BPD officer Don Harvey (John Sieracki) and FBI agent Erika Jensen (Dagmara Domińczyk). We know early on that the task force are taken down so that’s one source of dramatic tension eliminated but it’s still jawdropping to watch the investigators as they uncover the scale of the corruption. Much like celebrity sex predators hiding in plain sight, the task force existed because the culture allowed it to. We Own This City doesn’t shy away from confronting the criminality of the BPD but it’s never a simplistic morality tale with an easy solution. Freddie Gray is a character that looms large over the series. Riots followed after the death of the 25-year-old after sustaining injuries in a BPD vehicle and further poisoned the already shaky relations between police and public. Police felt the six officers indicted were persecuted for doing their jobs. Many downed tools and refused to make arrests for fear of prosecution. In Nicole’s memorable summation “Half the department quit working to protest the Freddie Gray indictments, and the other half can’t stop beating on people.” The city goes to hell and the vulnerable are the worst affected.

That culture is learned early. The rookie Jenkins learns from his mentor his first day, “All that sh*t they told you in the academy about probable cause? F**k that.” He is a compelling character – grotesque but maintaining a sleazy allure. The action bounces between timelines – the task force during their criminal pomp, the FBI investigation and their post-arrest interrogations. There’s nothing like the sight of a crew of crooked cops turning on each other after their first taste of prison to warm the heart. What’s shocking is how easy it is to set up a criminal conspiracy within a police department. In a hierarchical organisation, nobody likes to buck the chain of command and if the skipper is on the take then it takes something of a Boy Scout to not follow suit. And Boy Scouts are thin on the ground.

Simon talks about We Own This City as a “coda” to The Wire and this is a good way to think of it. When political pressure and chasing numbers incentivises bad policing no one should be surprised at the results. The true story of the Gun Trace Task Force is the ultimate vindication of every theme in The Wire. Just because it’s fiction doesn’t mean it’s not real life.

We Own This City begins on Tuesday 7th June on Sky Atlantic.