Does HBO’s True Detective live up to the hype? The strength of HBO’s newest drama, True Detective, does not lie with a grotesque murder but in its two leads played by Hollywood Powerhouses Matthew McConaughey and Woody Harrelson.  True Detective follows Detectives Rust Cohle (McConaughey) and Martin Hart (Harrelson) as they track down a serial killer in Southern Louisiana.  The series is set in two different time periods, 1995 and 2012.  True Detective’s creator and head writer is Nic Pizzolatto; Pizzolatto also worked on the U.S. remake of The Killing.  Director Cary Fukunaga(2010’s Jane Eyre) handled the first episode and is scheduled to direct the entire series.  Fukunaga employs a trick from True Blood, HBO’s other series set in Louisiana, and uses True Detective’s opening credits to highlight the region’s cultural identity.

Contrasting partners is a standard in law enforcement shows and True Detective is no different.  In 1995 Detective Rust Cohle is recent transfer from Texas; his off-putting demeanor creates friction amongst his colleagues.  Cohle is known as the Taxman because he carries a large ledger to crime scenes in order to take notes.  Though Cohle tries to maintain a controlled and detail oriented façade, he is haunted by his past and is battling a substance abuse problem.  Detective Martin Hart is a self-described regular guy who believes a man stays grounded by having a family.  Hart is a company man; he treads lightly and does not like to ruffle the feathers of his fellow officers and other important people.  Initially Hart tries to establish a rapport with Cohle, but becomes frustrated after Cohle expresses beliefs that contradict Hart’s Christian values.  Hart tries to maintain two distinct lives, police detective and family man.  However Maggie Hart (Michelle Monaghan) wife can see the toil it takes on her husband when the police work bleeds into their domestic life.

Alternating between time periods is certainly not a revolutionary storytelling method.  Often it is used to create cheap shocks.  However this reviewer was genuinely shocked the first time the action jumped from 1995 to 2012.  Though it takes a few moments to adjust to Hart’s expanded waistline and receding hairline in 2012, it is McConaughey’s Cohle who has undergone the most dramatic change.  The 2012 version of Cohle has long wild hair and looks disheveled.  Gone is Cohle’s controlled nature, in its place is an individual who does not care about anything between his next cigarette and alcoholic drink.

The documentary style setup used to interview Cohle and Hart in 2012 enables viewers to slowly peel back the character’s layers and their environment.  Subsequently the audience is given clues about what transpired during the intervening seventeen years.  By introducing Detective Maynard Gilbough (The Wire’s Michael Potts) and Detective Thomas Papania (Sons of Anarchy’s Tory Kittles), the individuals behind the camera, so early in the series this reviewer hopes they become a significant part of the show.  Investing in supporting cast members will strengthen the appeal of the series.  This will become important once the novelty of McConaughey and Harrelson’s characters have worn off.

True Detectives’ greatest strength could also prove its undoing if not utilized properly.  The 1995 and 2012 incarnations of Detectives Cohle and Hart are exciting to watch, however writer Nic Pizzolatto must remember to keep the central plot moving.  Each episode should offer a piece of information to drive the plot along or a twist.  Unfortunately the first episode’s twist was telegraphed within the opening minutes of the episode.  The audience for a two hour film could be satisfied by a well-acted character driven drama.  However individuals tuning in for an eight episode program have different expectations because they are investing more time.  Viewers want to feel rewarded for their commitment regardless of whoever is the guilty party.  Great mystery programs are not only remembered for their characters but also their intricate pacing and plotting. 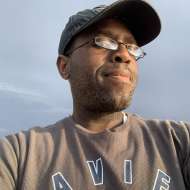