When Eastenders viewers last saw Stacey Branning (Lacey Turner) she was being lead away by police after admitting to the murder of Archie Mitchell. Since then she has been sentenced to five years in prison (off screen) but given that we know Lacey Turner is due to return permanently to the soap it was only a matter of time before we saw her on screen again and the start of the storyline which will see her released from prison and back onto The Square.

Jean (the brilliant Gillian Wright) turned up on Kat and Alfie’s doorstep earlier in the week with an idea to help Stacey appeal against her conviction but when they go and visit her in prison she isn’t keen on the idea of using her bipolar disorder as the basis of her appeal. Kat is also hesitant whilst Stacey believes that Lily (her daughter) would be better off being brought up in Jean care, citing that she doesn’t want to mess up her daughter’s childhood by being a part of her life. Stacey’s own childhood was fraught with memories of looking after Jean (who also has bipolar disorder, Stacey was her carer) so she is anxious that history doesn’t repeat itself. However, as the episode goes on it is clear that Jean isn’t coping well with Stacey’s decision. Kat tells her that she and Lily are welcome to stay at the Slater household for a while but she later feels unwanted after she overhears Kat and Alfie discussing their worries about her living there after the arrival of their twins. Jean takes matters into her own hands and in a heartbreaking scene Kat later discovers Jean alone in the kitchen, unconscious after harming herself. 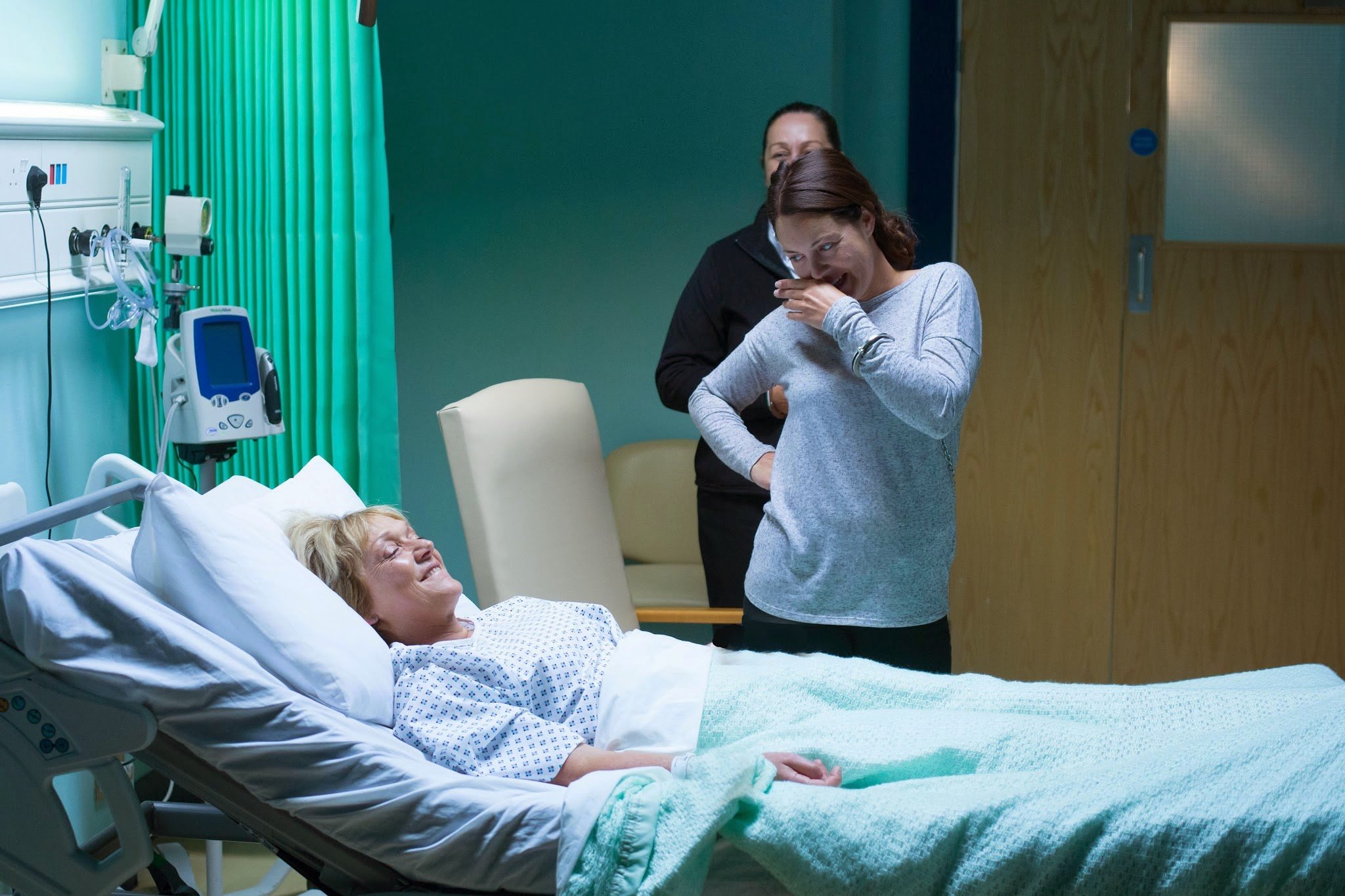 It is always a joy watching scenes play out between Gillian Wright and Lacey Turner; it is obvious they have a natural chemistry and their scenes together are always credible and authentic, the viewer can easily believe that they have a whole history of anguish and heartbreak between them. As Jean wakes up in hospital, perplexed and weary with medication, and with Stacey at her side, she realises the reality of what she has done. The scenes are poignant and truthful and some of the most convincing acting you will see on television this year. Stacey quickly realises that both she and her daughter Lily need her at home, especially after the revelation that Jean briefly lost Lily during a day out at the seaside, an incident that worries Stacey enough to decide to appeal against her conviction. Jean is at her lowest ebb and unable to cope whilst Kat will soon have her hands full with two newborn babies, Stacey is ultimately worried for her daughter‘s welfare.

Lacey Turner took a brief break from Eastenders after her [brief] return earlier in the year to film the BBC One series Our Girl, but she is now back in the show full time so it will be interesting to see where they take Stacey. Although she is still the same character we love, it is evident that her experiences whilst she has been away from Albert Square have made her a stronger and more self assured person; it truly does feel like a new chapter for the character, I can’t wait to see what’s in store next for Stacey Branning. 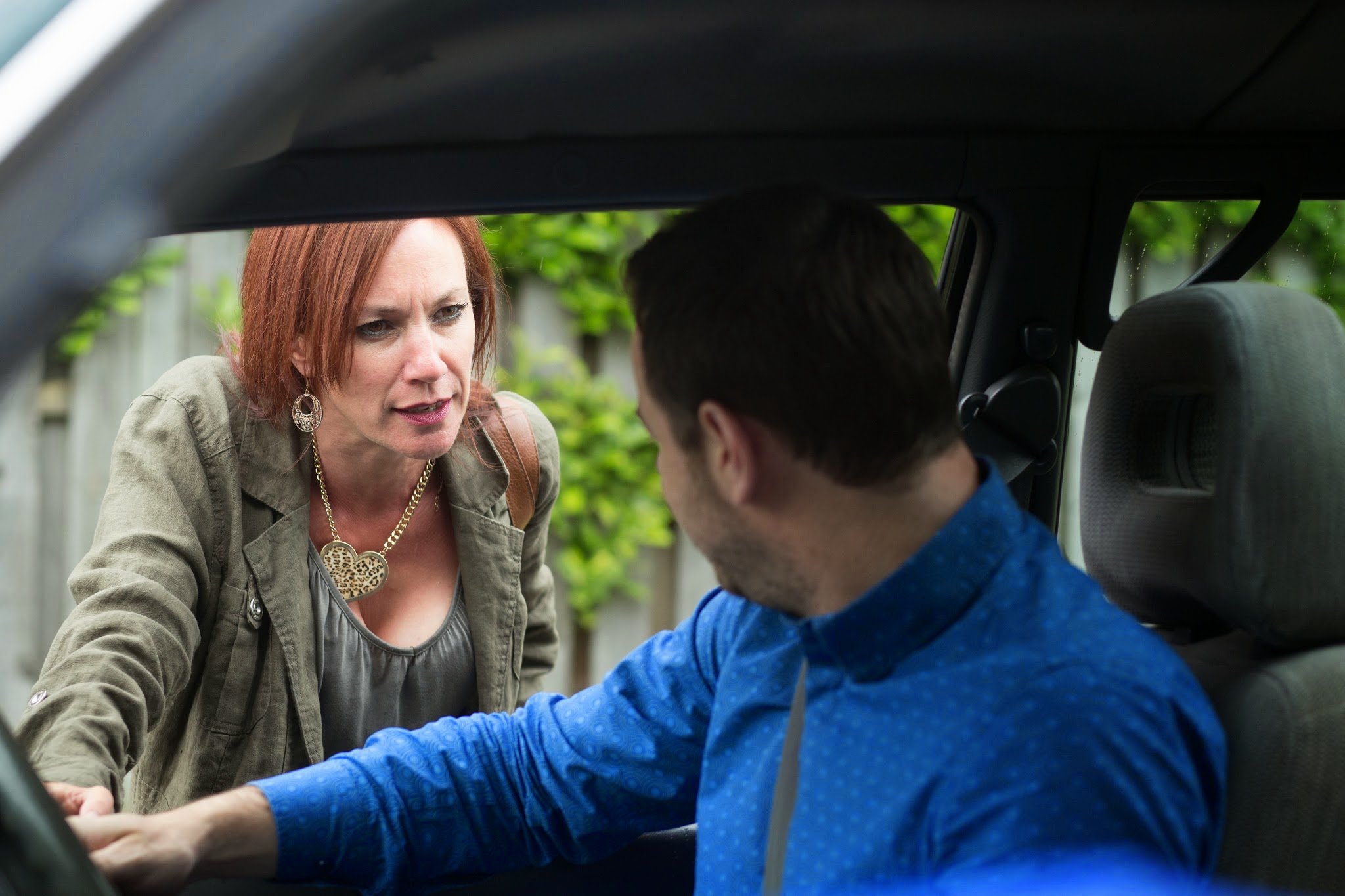 Elsewhere in Albert Square, things are slowly going from bad to worse for Ian Beale (Adam Woodyatt) as he has to confess his secret to Mick Carter (Danny Dyer)-  he is being blackmailed by Rainie Cross (the excellent Tanya Franks, it’s great to see her back in the show) and that he was with her on the night of Lucy’s death. As the television appeal for Lucy’s murder is just around the corner, Ian can’t afford for his secret to come out and so Mick reluctantly takes the rap for soliciting a prostitute (which was actually Ian handing over money to Rainie, Mick turned up just as Ian drove off leaving him to explain to police officers why he was pulled up next to Rainie, a known face to the officers). It is interesting that Mick has now been drawn into Ian’s web of lies; he is a self confessed family man and landlord of The Queen Vic, and whilst he decided to do the right thing by his friend it is surely only a matter of time before everyone in Albert Square gets to know about his conviction (this is a soap after all) and you have to wonder just how loyal Mick will be when it starts to affect his family and his reputation. There is a sense that Ian’s world is slowly closing in on him whilst the police have also begun to become suspicious that he is hiding something… It will be interesting to see where the Eastenders team go with Ian and what lengths he will go to in order to keep his secret and whereabouts on the night of Lucy’s death safe. Eastenders in the autumn is starting to look very exciting.

EastEnders continues Tomorrow at 8.00pm on BBC ONE