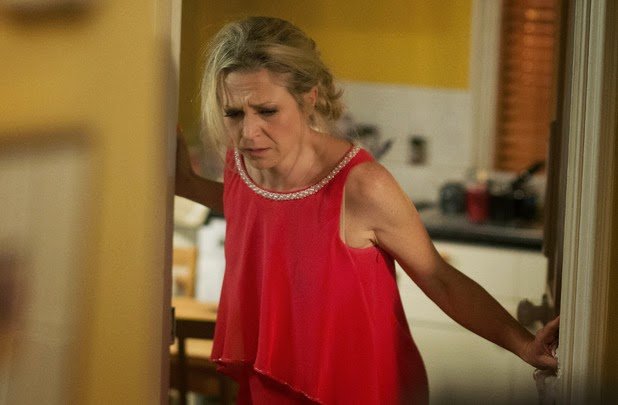 This week Eastenders aired controversial scenes as part of a new storyline which saw Queen Vic landlady Linda Carter raped by her nephew Dean in her home. It’s a story which is set to test the Carter clan in the upcoming months. Executive producer Dominic Treadwell-Collins recently revealed that they had planned the storyline for a long time, revealing “We wanted the audience to fall in love with the Carters and now we’re going to start pulling them apart.”

As the Landlords of the Queen Vic it was always inevitable that the Carters would be involved in big storylines. We already know that Mick is actually Shirley’s son and not her brother (a revelation that is set to be revealed at Christmas in Albert Square this year) whilst Stan and Aunt Babe have secrets of their own, but so far Linda Carter has stayed on the peripheral of the action since her arrival last Christmas.

With a sunny disposition and friendly, unassuming nature, Linda was sort of a breath of fresh air in the pub, but this storyline is set to change her character forever. Eastenders have explored the serious issue of rape in the past with Little Mo and Stacey, but Linda’s ordeal differs from those depictions; she is raped by someone she knows, a family member, and the attack takes place in her own home. 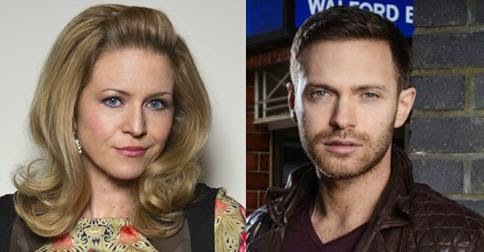 The scenes may have proved uncomfortable for viewers but they were handled with great sensitivity (Dominic Treadwell-Collins admitted that a lot of what they filmed ended up on the cutting room floor) and credit should be paid to actors Kellie Bright and Matt Di Angelo for portraying the storyline in such a realistic manner. The scene which saw Linda sat in the bath with a bottle of bleach after the attack was haunting and effective and summed up the way Linda felt without her having any lines. The silence was deafening and emphasised the numbness victims feel emotionally and physically after being raped, their mind and body literally shut down.

The Eastenders team worked closely with the charity Rape Crisis who leant their support to the story and it shows in the attention to detail. Dean appears somewhat oblivious to the damage he has done and even suggests a repeat performance should she want, leaving her (and the viewer) horrified. She attempts to tell Sharon what has happened to her but she misreads Linda’s cry for help and tells her to forget about it and move on, leaving her feeling trapped and confused about whether to confide in Mick. Sharon’s advice is alarming (although unbeknownst to her she does not realise that Linda has been raped) but she perhaps represents the thought process of the victim, who believes it is best to keep quiet in case she is not believed and is used as a device to emphasise that this is wrong and the importance of reporting the attack.

Rape is a serious issue that is not often discussed publicly so it is brilliant that a soap with a strong fan base has  chosen to highlight not just the rape but the aftermath and how the victim copes with what has happened to her.  The isolation the victim feels is established immediately and hopefully accentuates the importance to real life victims of reporting the crime straight away to ensure a higher rate of conviction (typically most rapes go unreported and conviction rates are low). As expected some viewers have complained about the storyline and the scenes broadcast before the watershed but a lot of things were suggested rather than shown and ultimately the issue is important enough to emphasise in peak time to millions of viewers. Eastenders is always at its best when tackling real life issues and has a history of telling those stories well. Hopefully this storyline will help victims of rape to know that they are not alone and encourage them to report their attack. More importantly through Linda’s story they will know that they are not alone and that they have a voice.

EastEnders Continues Tonight at 8.00pm on BBC ONE.