This week viewers saw Patrick Trueman (Rudolph Walker) suffer a stroke in what is set to be a long running storyline that will explore the aftermath of the illness and care for the elderly in 21st century Britain. 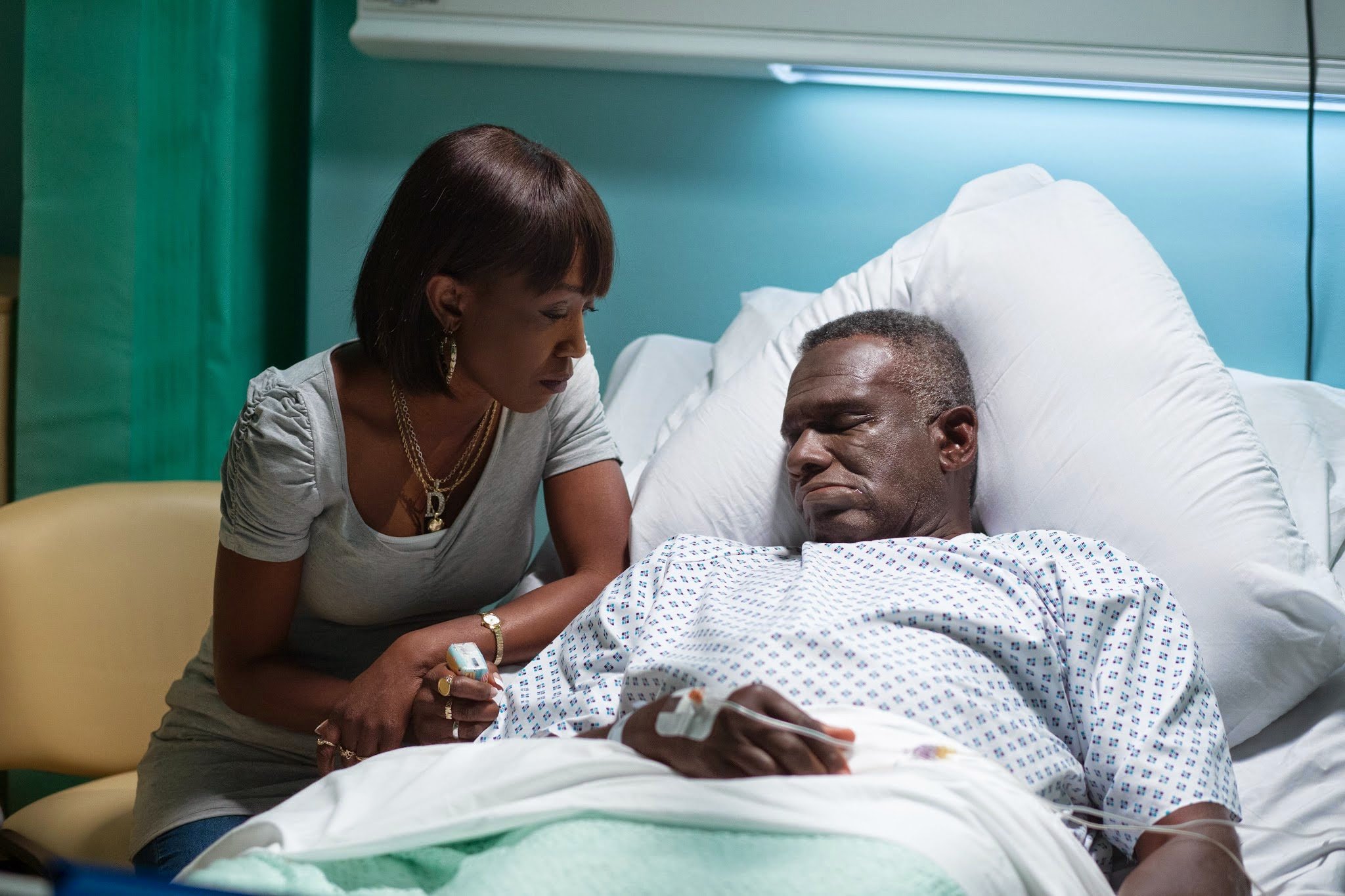 It is perhaps a testament to Rudolph Walker’s ability and popularity that Eastenders have given him such a high profile storyline, referring to it as “an honour”  and one with great responsibility to get right, but it’s also refreshing to see the older actors in the show take the spotlight. The sight of Patrick stood in the middle of Albert Square with a disfigured face was striking and highlighted how quick the illness can take over. Eastenders have always been good at portraying gritty, hard-hitting issues and this storyline is no different, meticulously demonstrating the warning signs and effects of the illness, much of which will be played out on screen for the rest of the year. 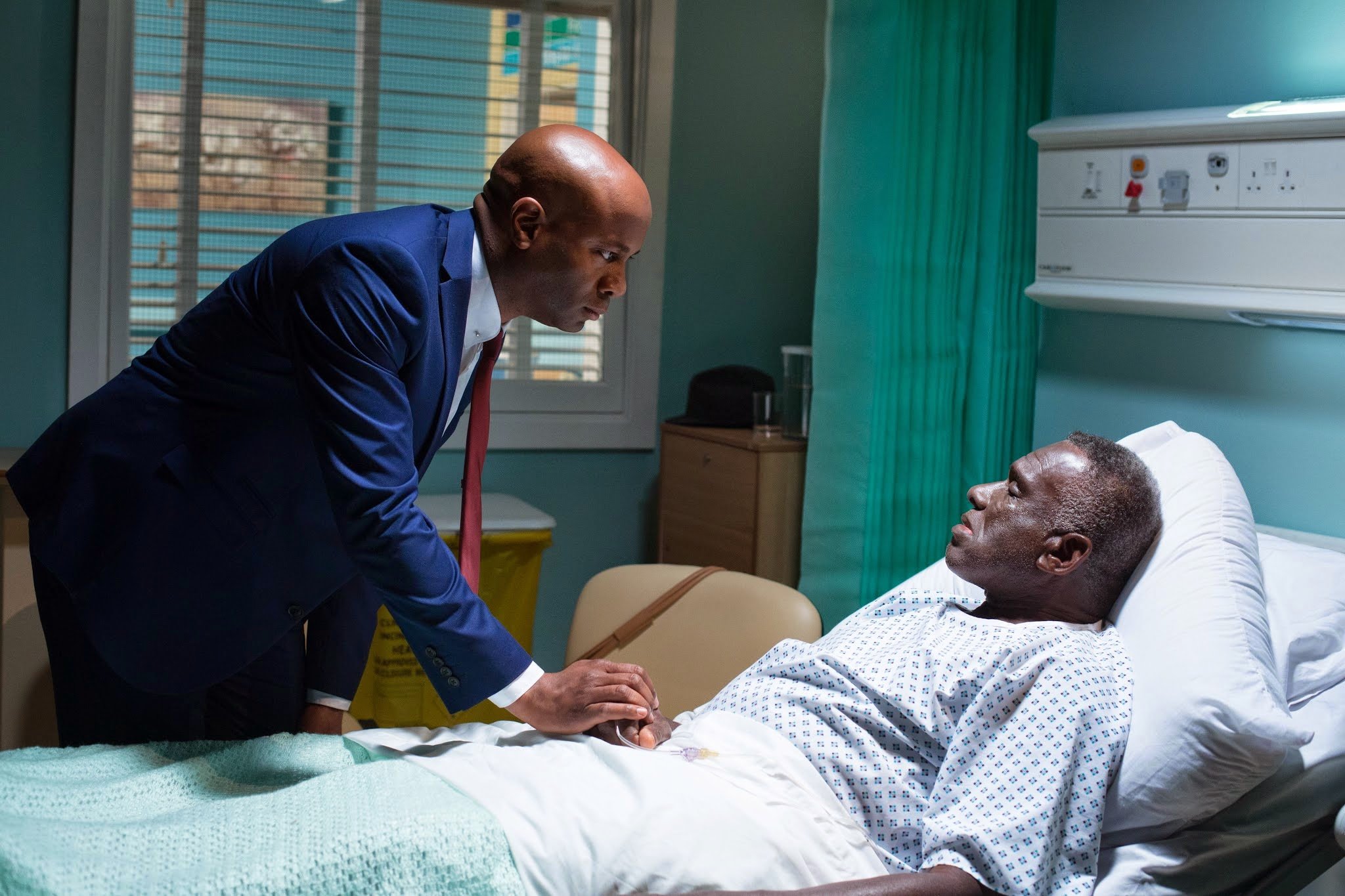 There was also a surprise return in last night’s episode as Anthony Trueman (Nicholas Bailey) returned to The Square for the first time in nine years to pay a visit to his ill father. However, his return didn’t go quite to plan after Patrick mistook him for Paul (his dead brother) which resulted in Anthony ultimately deciding to abandon him, just like Patrick did to him as a child, instead writing a cheque for Denise in order for her to cover the cost of caring for him. It was grim viewing and whilst the viewer could sympathise with Anthony’s point of view it seemed callous to abandon Patrick so easily. Earlier in the episode as Ian and Denise made their way into the hospital, they found Patrick abandoned in the hospital corridors, echoing the many real life stories of hospital care of the elderly. Again the scene was striking and moving as Denise attempted to comfort Patrick, but his inability to move or speak independently rendered him almost childlike.

The scenes were difficult to watch because most of us can relate to seeing an elderly relative struggle with illness and losing their independence but it showed that the Eastenders team have obviously put a lot of hard work into the storyline to evoke such a strong, positive response, whilst Rudolph Walker’s performance was surely one of the best he has ever given in his long and illustrious career (he deserves all the plaudits coming his way).

It’s not the soap’s first foray into the stroke storyline as they boldly decided to showcase actor John Bardon’s real life stroke into the show. This latest big and important story is another example that EastEnders is showing no signs of ‘shutting down’ for the summer.  With this story playing alongside the upcoming return of Stacey and Jean Slater, Kat giving birth to her twins and the web of lies that surrounds the Lucy Beale murder.

The story continues for the rest of the week and throughout the summer as Patrick continues with his recovery and struggles with the burden of having to rely on others to help him with his journey back to full health. Patrick’s story is relevant and affects many viewers own lives so Eastenders should be applauded for being bold enough to tackle such an issue and using their older cast members at the forefront of the show to carry such an important storyline.