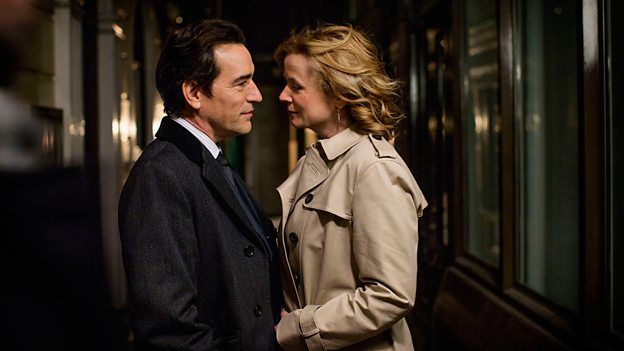 From the get-go, Emily Watson’s Yvonne Carmichael is not your average and straightforward scientist, if there is even such a thing. The first and last five minute bookmarks reveal that she’s on trial for something which instantly casts doubt on her character for the main body of the narrative. From there on, we see her cheat and lie her way through her days, toying between life with her slightly boring and predictable husband, Gary (Mark Bonnar), and the exciting, alluring and unnamed, other man, played by the very charismatic Ben Chaplin. 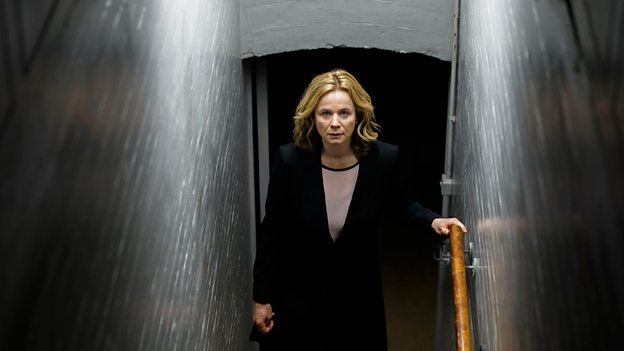 Amanda Coe makes a good job of adapting Louise Doughty’s bestselling psychological thriller.  The first episode is your fairly run-of-the-mill relationship drama. Watson’s Yvonne, despite her actions, is incredibly likeable. By the end of the first episode, you wanted her to continue with ‘X’, because who actually believes Gary when he says that nothing is going on with his student? However, it’s not looking good for Yvonne, as we leave her in the main narrative, she’s just been brutally raped by her colleague and she’s just about to face trial in the bookmarked narrative for a reason we haven’t been told yet.

Apple Tree Yard is quite slick in how it operates. The narrative teases juicy details throughout, enough to keep you gripped through the sometimes tedious infidelity storyline; yes, it’s glaringly obvious that Yvonne’s biggest ‘moment of recklessness’ will come back to haunt her throughout, but that’s just the bit that will set this story aside from the others. The most intriguing moments of episode one come from moments outside Yvonne’s self-reflection about the affair. Is Gary having an affair with his student? Who exactly is X? And why is Yvonne in court? It appears that episode one is just the expository moment of the series and from here on in, we’re going to get answers to all of those questions (early theory: she practiced self-defence against her hideous rapist colleague?).

Apple Tree Yard is worth the watch. It’s visually quite stylish and interesting, especially during the affair montages, and the rape scene at the end is truly horrifying with its use of blackouts and silence. That plus the intrigue already laid out for us is sure to make Apple Tree Yard unmissable viewing as it nears its climax in three episodes.

Apple Tree Yard Continues Sunday at 9.00pm on BBC ONE.