Great British Bake Off: All about the tarts! 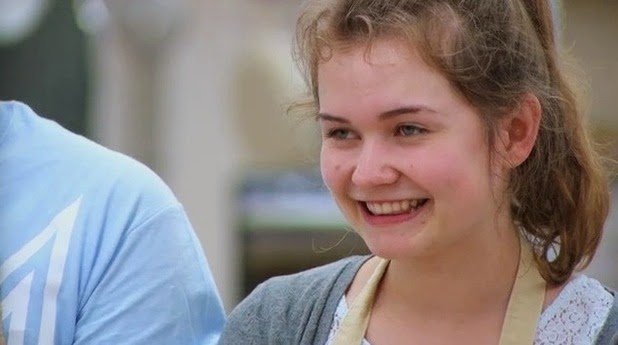 Week five opened with the revelation that last week’s #bingate dramarama had appeared to be all too much for Diana, who’s retired from the bake off due to ill health. Whilst the timing coincidental (we presume) it meant the tone had very much shifted. Week five is half way point, time to really sort the flakes from the crusts and the singed from the smooth. It was noses very much to the grindstone with the pressure turned up to scorching. Pie and tart week saw all of our bakers suffer. We pied-off with the signature challenge – a family sized custard tart. The magnificent seven had two-and-a-half hours to whip-up a tart that had a crispy base and beautifully silky custard, ‘quite a challenge to get really perfect’ Mary gleamed. After his admission of ‘playing it safe’ last week Norman, a man who seems progress at a pace only George the Blue Peter turtle would understand, hilariously claimed his tarte au citron was ‘not stretching me… I am going to do that tomorrow.’ His resulting flan was flung out by Paul as ‘a mess…but tastes good.’ Kate, very much continuing her silent but deadly approach this week, won the weekly playgroup bake-off with her rhubarb and custard tart. Her amateur swirly decoration looked like my six year old Goddaughter had dribbled her poster paint on top whilst making a loom band. Still, despite Paul criticising the flavour – a very common theme this week – Mary thought the pastry ‘lovely…and beautiful decoration and well-flavoured custard.’ The signature challenge was a bad start for Martha, she readily admitted this week’s theme was her ‘least favourite one’, and her apricot with pistachio pastry topped with runny honey was one of the weakest displays. Mary took a dislike to the finish ‘it needs a shine…a glaze of some sort’ and Paul wasn’t enamoured ‘there’s a lot of moisture…wetness from the apricots.’ For the first significant time Martha’s halo was tarnished and she well and truly crumbled in the post-mortem video. With the pressure ramping up to the final now, and despite her incredible skill, she’s going to need to keep her coulis if she wants to make the final. Nancy was the tart with a heart for this round (sorry.) In her element, declaring this week her ‘favourite’, her chocolate crusted passion fruit tart won all-round praise from the deciding duo. ‘It looks totally original’ declared Mary and Paul deigned himself to a flirtatious chuckle before declaring it ‘very, very good.’

Week five’s technical challenge was a random one to say the least. The team had to concoct six mini pear pies. That’s a perfectly poached pear surrounded by spirals of rough puff pastry don’t you know! Chetna, still very much the quiet one of the class, was the only baker with an ounce of a cue having poached pears ‘years ago.’ Her eventual offering won her a deserved second place, ‘a good bake and a well flavoured pear’ thought Mary. Well, quite. Builder Richard seemed keen to hark back to his trade this week by blurting out a string of site banter, it’s just ‘knocking up’ a bit of dough and folding in some fat he sized-up of the pastry. Though his eventual plethora of pears suggested he should concentrate on knocking up some terraces –  a chaos of slipped spirals and un-poached pears led to Paul calling them ‘a mess’ and Richard himself humbly admitted they’d ‘gone to pot.’ And pan and colander and kitchen sink, Rich. The round saw another flaky effort from Norman and a sign that his days are well and truly numbered. Whilst agreeing his pears tasted lovely Paul balked at the ‘raw pastry inside.’ It fell to Martha to win first place in a spectacular turnaround of fortunes. Despite not having a clue on commencing the bake Paul declared her pear pies ‘a nice strong colour and good flavour’. Mary going a superlative step further: ‘a gorgeous golden colour. When you look at it, it shows you it can be done!’

This week’s artery-blocking, stomach-filling showstopper was a pie in the sky blockbuster. The bakers were tasked with multi-pies: a minimum of three, that must be able to support themselves upon tier-ing, could be sweet or savoury and born of any pastry they wished. Four and a half hours of baking resulted in some outstanding pie action – differing pastries, fillings and shapes – and that’s just from one of the bakers. Nancy cooked-up a trio of apple pies – two sweet and one savoury. Once again in her element the matriarch even ‘hand-raised’ the triptych – forming the pies without dishes all by hand. Paul awarded her ‘brownie points’ (WRONG WEEK PAUL) for the hand-made effort and described her flavours as ‘fantastic’ but let down by a dry inside. And no one likes a dry inside. Another cracking week from the lovable Luis saw his four fruity seasons tower, despite near collapse, described as ‘fantastic’ by Mary and ‘looking great’ by Paul. Kate concocted a trio of sublime pork pies, including rhubarb, prune and apply coulis. Paul was full of praise for the ‘nice colour, height and classic pork pie shape.’ Mary exclaiming they were ‘absolutely delicious, the pastry so crisp.’ But this round finally rang the death knell for our Stormin’ Norman. His ‘pieful tower’, topped with a lavender meringue turned in to a Blackpool shower. Leaking fruit and raw pastry was enough to provoke the Berry death stare but a disastrous round quite literally topped off by his imaginatively flavoured lavender meringue, and it was curtains for Norman. Paul looked like he’d eaten a can of carnation milk from 1986 and did an admirable job of moderating his judgement. ‘Lavender?! It’s a bit too powerful for that!’ he grimaced. So Norman marched off, a deserved exit after weeks of unimaginative and borderline lazy bakes. Star-baker was awarded to a Kate, an appropriate winner yes, but I’d argue Luis, another week of consistency and effort, was the real champion. 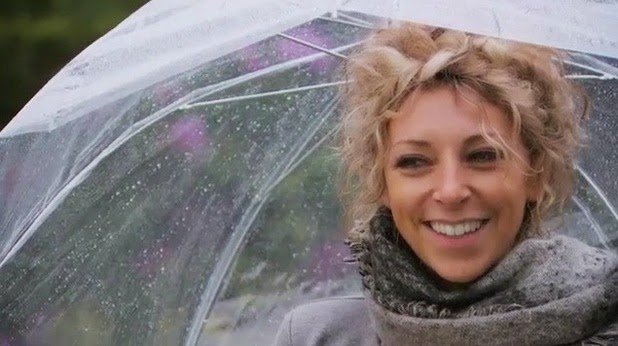 Pies and tarts in bullet points:

Bless him but Norman, really wasn’t one to stretch his baking legs.

The simple, obvious and effective: ‘you’ve got a nice pear’ (Mel to Luis)

Still far too unassuming in every sense, Chetna’s time might be up.