‘How Met Your Mother’ sequel doesn’t quite do much to fix the original show’s problematic past and isn’t as innovate as its predecessor either.

When How I Met Your Mother first premiered in 2005, there was little reason to believe it was anything other than a Friends copycat. It had the classic friend group ⁠— five white twenty-somethings in New York City, each with their own personality, and set up perfectly for a future love triangle. It had an apartment in Manhattan that they spent most of their time in. It had the multi-camera look. It had the same comedic style, made up of quick punchlines and throw-away jokes. And of course, it had that laugh track, annoyingly loud after even the smallest of punchlines. (That laugh track, thankfully, gets much quieter with each season, eventually becoming unnoticeable.)

How I Met Your Mother did have one thing that set it apart from Friends and all its copycats, though, and that was the central idea of the series. This wasn’t just a sitcom about a group of friends. As Future Ted explains in the year 2030, this was “the story of how I met your mother.” 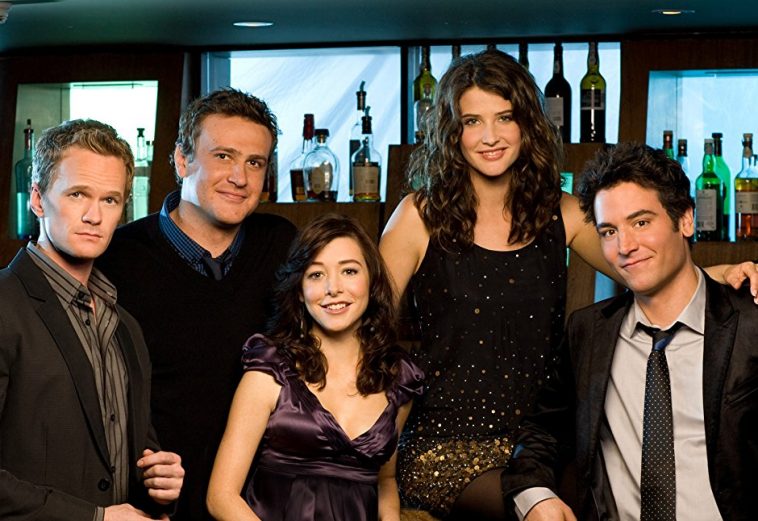 That central conceit seemed, on the surface, like nothing more than a gimmick. By the end of the first season, though, the show’s writers made it very clear that it was crucial to the identity of the show. The notion that the whole show is one long memory retold many years later unlocked a world of creativity that made How I Met Your Mother one of the most innovative sitcoms on television in the late 2000s.

That’s also what made a spin-off so appealing, but as Ted often says, “we’ll get to that later.” 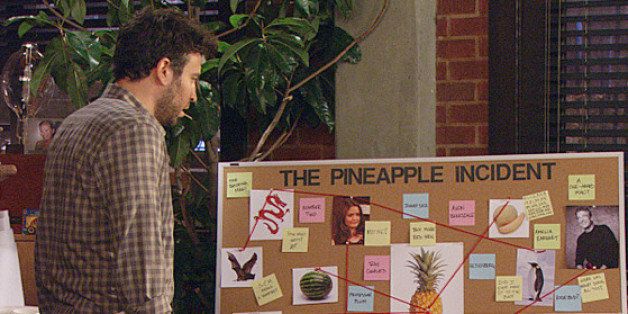 One of the most important early innovations of How I Met Your Mother was its use of flashbacks and time. One early episode in the first season, “The Pineapple Incident,” is based on a simple set-up: Ted wakes up after a night he doesn’t remember with a girl he doesn’t recognize in his bed and a pineapple on his nightstand. He pieces together the events of the night before through the eyes of various other characters, and the show jumps constantly between the present and the night before, as told by other people.

It was a clever, albeit simple, structure for the episode that would become the blueprint for the series. After all, since the show is a story being told verbally in the future, it doesn’t need to prescribe to a linear order of events. By the second and third season, the writers had practically perfected the art of switching up the chronological structure of an episode for both comedic and dramatic purposes. (Season 4’s “Three Days of Snow” basically pulled a Westworld Season 1 twist a decade before Westworld Season 1).

The effects of time on storytelling also informed another aspect of How I Met Your Mother’s creativity: memory. Because Ted is telling this story decades after it actually occurred, his memory affects the story, so what we’re seeing isn’t actually the whole truth. Sometimes this is used for a quick joke, like when all the characters refer to one of Ted’s girlfriends as “Blah Blah” because he can’t remember her name decades later. Other times, though, it allowed Ted to consider how events probably played out, or to provide multiple potential timelines leading to the same conclusion. This allowed the writers more chances for creative storytelling but also allowed the show itself to ask grander questions about how we remember things, and how our ideas of our lives change as we forget the details over time. Of course, sometimes the changed details aren’t always because of memory loss. Another important innovation of the show was treating future Ted as an untrustworthy narrator ⁠— someone who has the ability to change details and embellish events to his liking. Of course, this is a comedic technique, and a clever way to keep the show appropriate for television. In one Christmas episode, the characters say “grinch” instead of a certain sexist insult, which Ted claims is because he’s telling this story to his kids. In later seasons, there’s a running gag that depicts the characters “eating a sandwich” as a visual and verbal code for smoking weed.

But Ted’s ability to embellish his own story is important for dramatic purposes as well. After all, the central conceit of the show is that every moment in his life is important in the grand plotline of telling the viewer how Ted met the mother of his kids.

As Linda Holmes pointed out for NPR back in 2011, though, the story isn’t really about the mother. It’s about looking back on your life and appreciating all the moments that got you from Point A to Point B. “However your life goes, that’s the story of how you ended up where you are, and therefore, every turn your story took, whether sad or happy at the time, is part of how you achieved whatever joy you have,” Holmes said. That central philosophy is what allowed How I Met Your Mother to get sadder and darker than most viewers expected from a sitcom at the time. Over the course of nine seasons, the show touches on subjects like infertility and grief from losing a parent. And yet, the series has a relentlessly optimistic outlook on life. After all, we know from the pilot episode that everything turns out okay in the end, but all those sad memories are just as important to reaching the ending as the happy ones.

These innovations in structure and tone for sitcoms were refreshing when they aired, and in many ways, How I Met Your Mother acted as a bridge between the Friends era and the new age of TV comedies we’ve seen in the streaming era. Today, shows like The Good Place and Ted Lasso have found success abandoning old sitcom tropes in favor of more creative structures and concepts, as well as tones that are as funny as they are philosophical. Of course, I’d be remiss to not mention the aspects of the series that haven’t aged particularly well. Most egregious is the series’ treatment of female characters. First and foremost, Barney’s entire character seems to be based around the objectification of women, and while his friends often act disgusted by this, his behaviour is still treated as acceptable. Even more unnerving, though, is that the writers themselves treat female characters almost exclusively as prop comedy. Besides Robin, Lily, and Ted’s longer-term relationships, the vast majority of women on the show are one-night stands for Ted and Barney, and as a result, they are used as throwaway jokes which rely on stereotypes of young women. Of course, in a five-second flashback, there isn’t much room for characterization, but it’s notable that only Ted and Barney’s sexual partners are given this treatment, not Robin’s.

The show also repeatedly makes light of sexual harassment, like in the (in)famous episode “The Naked Man,” in which Robin’s date makes a “move” on her by simply getting naked, which prompts Ted and Barney to try the same thing. It’s a pretty clear example of a nonconsensual sexual act, and yet the writers treat it as a lighthearted throwaway joke. In that same episode, Marshall literally slut-shames Robin in another example of how the show treats sex positivity from female characters different from male characters. 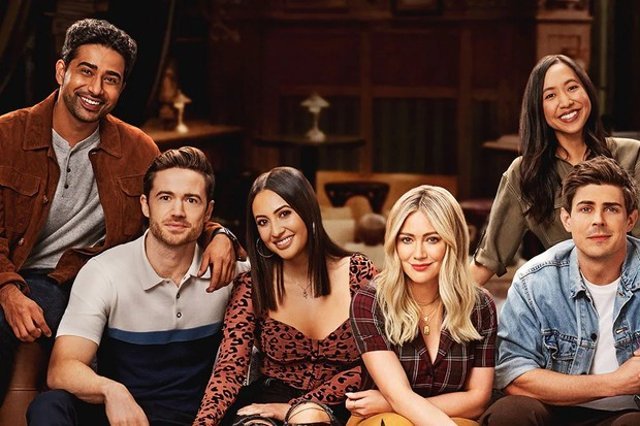 I could go on about the series’ problematic faults, but what’s important is that despite the series’ incredibly creative storytelling, this is a show that can be difficult to rewatch now. That may be one motivation behind making How I Met Your Father, the spin-off/reboot which premiered in the US on Hulu last month and which will hit Disney+ in the UK on 9th March.

More likely, though, capitalization on nostalgia was the main motive behind this new series.

I say this because, much like the original series was a Friends copycat, this new series, at least so far, is little more than a How I Met Your Mother copycat. In fact, it might be more appropriate to label it a remake than a spin-off, since so much from the original series has carried over. The theme song and title sequence are a homage to the original. The multi-camera look is there, as is the editing style, with the use of flashbacks. Even one of the apartments is a renovated version of the one from the original. And somehow, in the year 2022, there’s a laugh track, albeit one used sparingly (and sometimes confusingly).

In fact, if it weren’t for the updated technology and culture featured in the series, you would almost believe that How I Met Your Father was a relic from the late 2000s. Even so, the writers’ understanding of how the internet works seems to be based in that time period, with one character going viral for a “proposal fail,” which I don’t think has happened since the early days of YouTube, if ever. 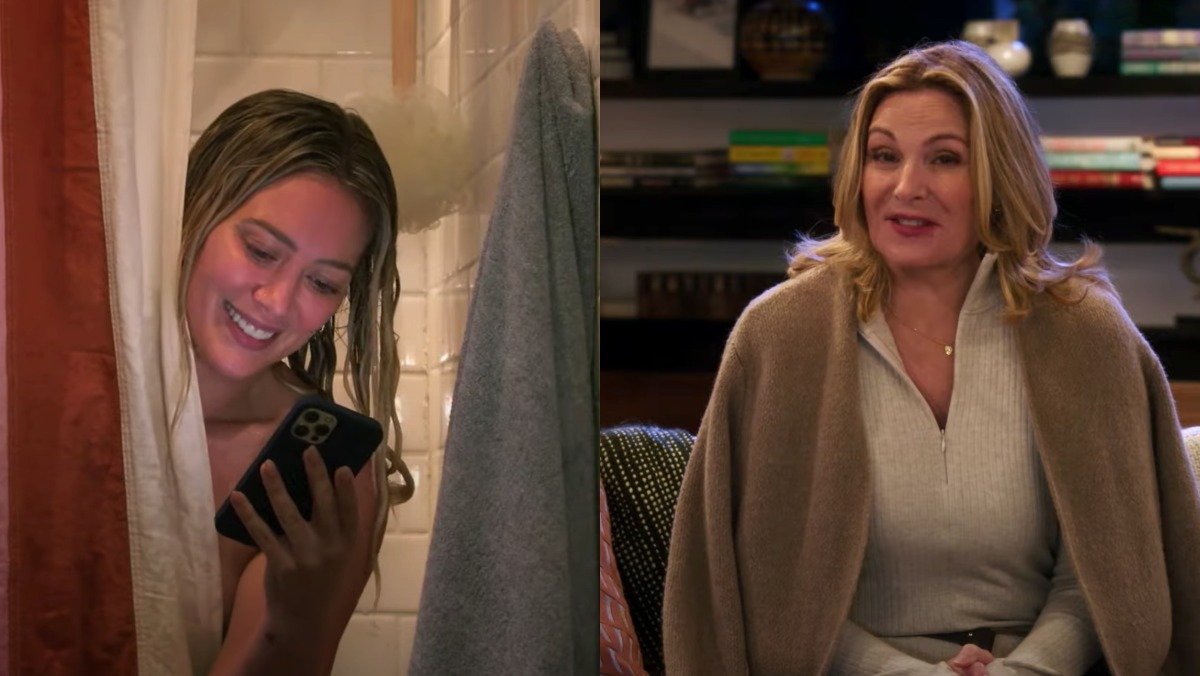 There’s a world in which this new series takes what worked so well about How I Met Your Mother ⁠— its clever storytelling structures, strong mix of comedy and larger life questions, and relentlessly optimistic tone ⁠— and updated it to fit into the new style of TV comedies that viewers have come to expect. In this world, though, How I Met Your Father is fan service and not much more.

That being said, I do have some hope. After all, the original show was successful partially because it began as a show with a style that viewers already understood, and then slowly eased into its own identity. Knowing that most viewers of How I Met Your Father will be fans of the original series, it’s entirely possible that the writers are starting in a spot that fans will appreciate and understand before becoming something entirely new later on. If that happens, I’ll be downright elated to eat my words.

More likely, though, How I Met Your Father is just fan service. As far as fan service goes, though, it’s pretty successful.

How I Met Your Father arrives on Disney Plus in the UK on Wednesday 9th March. 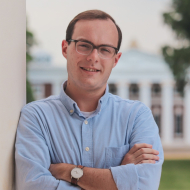