In the Flesh: Why we should be shouting about this more 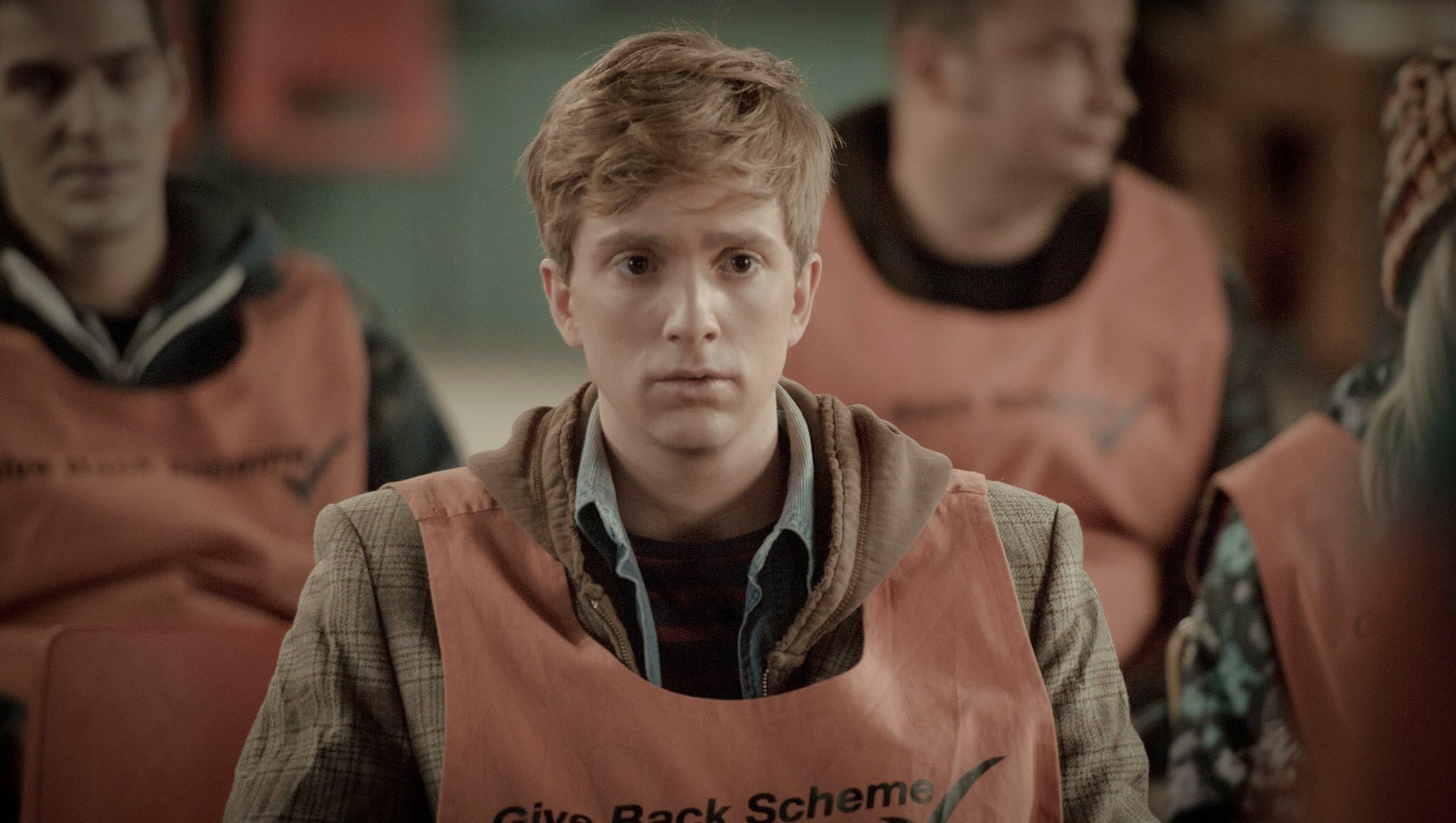 Amid the tremendous bevy of high quality programmes delivered over the past few months – Prey, Happy Valley, From There to Here – BBC Three quietly brought back In the Flesh for a second series. If the show gets a third string of episodes then it should definitely not come back quietly – more, with a publicity storm. No, hurricane. It truly deserves all the attention it can get.

The first series – a meagre three episodes – was all about Kieran Walker (I’ve always found it vaguely amusing that the undead lead’s surname is also the same term for a zombie in The Walking Dead) and his life after the Rising (or in layman’s terms, the apocalypse). The astoundingly talented creator and principal writer Dominic Mitchell took things up a notch for the second, extended series. The scope zoomed out of Roarton and new characters like the Machiavellian MP Maxine Martin and Kieran’s BDFF (best dead friend forever) Amy’s new beau, the magnetic Simon were introduced. Over its run it matured as a show, gaining a keen following but not establishing an identity with general viewers. In the Flesh’s ratings haven’t been especially high and although I’d argue it’s as equally good as the acclaimedHappy Valley, it hasn’t been passed on word of mouth or online quite as much as the latter. Still, none of that stops In the Flesh from being a tremendous thinking person’s zombie drama. 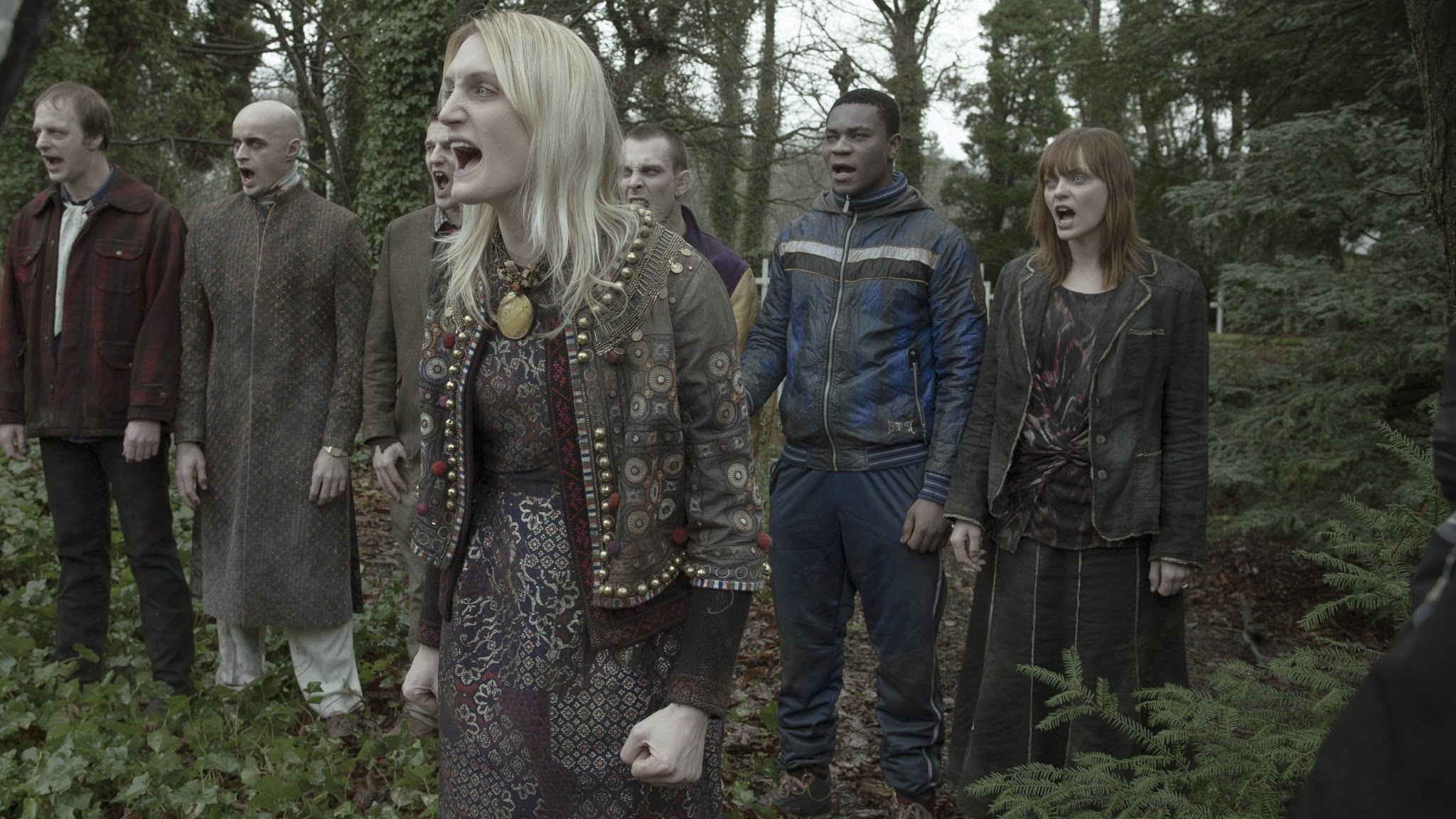 I know many people who are avid telly watchers but steer clear of the supernatural genre. In the Flesh might have glassy-eyed, snarling reanimated corpses occasionally (courtesy of the extraordinary effects team) but it’s much more than, say, The Walking Dead.

While I adore the broader US drama, and it’s increased tension, In the Flesh is another beast altogether. The Walking Dead aims to thrill and relies on gore and butchery regularly – which is fine – but it’s not necessarily sophisticated drama, whereas In the Flesh is. It’s well crafted and an unsubtle allegory for the ongoing racism and prejudice in Britain today. It fuses this with zombies seamlessly – and perfectly. In the Flesh is also one of the greatest LGBT dramas since Queer as Folk but that’s another story.

The finale, which aired tonight was just perfect. Amy’s (second) death combined with the reveal that the First Risen is still amongst the community (it can’t be Kieran, surely) made for astonishing viewing. Mitchell managed to outdo himself yet again with a killer of a final episode. There are so many things to praise about episode six, namely Emily Bevan’s performance. After last week’s brilliant camping tent scene (in which Amy discovered she was starting to feel and, in a way, become human anew) her strong relationship with Stephen Thompson’s Philip only further cemented her talents in my mind. But I had my heart in my mouth the moment the increasingly unhinged Maxine looked up at them in the graveyard. Tragedy was inevitable given the subject matter and the untimely (second) demise of Rick, Kieran’s former lover in the first series finale but why did it have to be Amy: sweet, eccentric, charming Amy. Kieran lost his boyfriend and his best friend over the first two series (though he found Simon in the process) and I’m worried about who else will be for the guillotine should a third series is commissioned.

I have qualms, however, seeing as not every drama is perfect (though there’s an argument to be made for Broadchurch). The aside at the post-funeral do at the Walkers’ house that stated that mad, maniacal, Machiavellian MP Mrs Maxine Martin (sorry, I couldn’t stop myself) was committed felt like a bit of a cheat. Wumni Mosaku, who has turned in consistently strong performances each week, has stated that she would like Maxine to return and I agree. Fortunately, Dominic Mitchell didn’t burn all his bridges to the character but he went for the frustratingly easy option. I would have liked the Victus MP (surely the anti-PDS sufferer party will suffer a serious blow now that one of its members is officially a racist loony – the same applies to certain political parties today. Ahem) to either die or remain a significant cog in the Roarton machine – and her sudden descent into such a deranged, scissor-wielding psychopath seemed a bit rushed. Her reasoning for being so malicious has now been fully explained; her anger at her young brother not being resurrected in the original Rising has caused her to urge on another. However, it’s still a bit patchy and didn’t exactly warrant the moustache-twirling baddie we’ve seen.

In the Flesh’s first series was incredible. Its second series more so. I implore you to look it out (the DVD is released tomorrow and well worth purchasing) whether you are a fan of the supernatural or not; you’ll definitely get something out it. Luke Newberry leads a standout cast and there is a tremendous amount to praise so why not watch In the Flesh? You won’t regret it.

In the Flesh is available on DVD Monday 9th June 2014.