Is The Crown worth watching??

The public’s obsession with the private lives of the royals has been a long standing one, born long before Queen Elizabeth II began her reign in 1952. But it is thanks to the advancement of technology during her reign, that this obsession has ramped up to levels previously unseen by any other monarch, as every move and misdemeanour that involves her family is reported exhaustively. We’ve read acres of tabloid front covers and books, watched countless documentaries and viewed numerous films on the subject of the Queen and her dysfunctional clan. Yet her life has evaded getting the full scale TV drama treatment up until now. There have been plenty of supporting roles in tawdry TV movie trash like Charles and Diana: Unhappily Ever After and William & Catherine: A Royal Romance as well as a being the main focus of Channel 4’s imaginative docudrama The Queen. But there has never been another dramatic series to attempt to tackle her life with the sheer scope that Netflix’s The Crown is undertaking. With plans for six seasons of ten episodes apiece, chronicling her life from her wedding to the present day, no other TV drama or arguably film has ever put Queen Elizabeth II under the microscope in such a manner before.

This opening season covers a relatively short but turbulent period in the Queen’s life from 1947 to 1955. Newlyweds Princess Elizabeth (Claire Foy) and Prince Philip (Matt Smith) are enjoying the early days of their marriage while the ailing King George VI (Jared Harris) tries to conceal the extent of his poor health from them, the spectre of his death unknowingly looming over the happy couple whose lives are about to be changed forever. Upon his death, in a similar narrative to ITV’s Victoria, the storyline follows the young female monarch as she tries to come to terms with the duty that has been bestowed upon her at an unexpectedly early stage in her life. Offering her guidance through this minefield is her Prime Minister, the elderly Winston Churchill (John Lithgow) as well as her grandmother Queen Mary (Eileen Atkins) and to a lesser extent, the Queen Mother (Victoria Hamilton). These three are also on hand at various intervals during the early episodes, to spout quite obvious expository dialogue, presumably for the benefit of international viewers who may not be completely au fait with the whole back story of the Windsor clan. 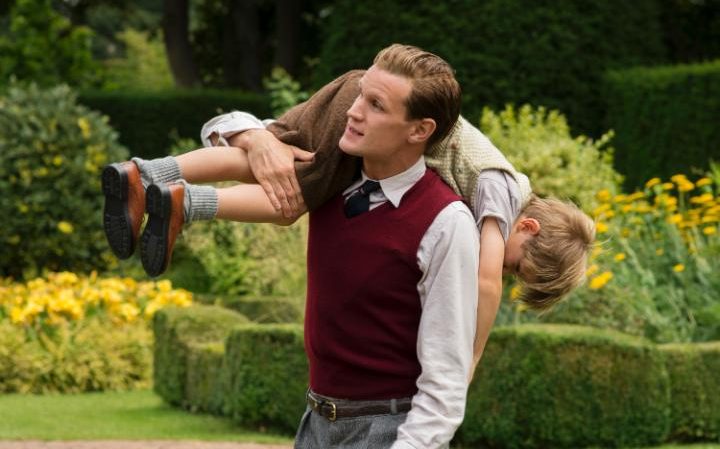 While much of the drama is derived from Elizabeth finding her feet in her new role, another prominent plot is her handling of her sister Princess Margaret’s (Vanessa Kirby) potentially scandalous request to marry the divorced Peter Townsend (Ben Miles), which had the whole country talking in the mid-50’s and caused much consternation between the royal sisters. However, at the heart of the drama of this first season is Elizabeth and Philip’s relationship, which is probably the most intimate portrayal of their marriage onscreen, both film and TV, to date. Unlike the stoic pair that are often presented to us in real life, they are seen here as a warm, loving young couple. They fight, they have sex, they support each other, they laugh, they’re human like the rest of us. Sort of. The intricacies of their changing relationship play out over the ten episodes as we watch the once close couple become slowly driven apart by Elizabeth’s obligations to the crown and country while Philip begins to feel increasingly emasculated as his already precarious family identity is stripped further away and tied in with his wife’s new position. Philip is supportive of his wife in her new role but becomes increasingly resentful as time wears on, with the British government dictating everything from what name the family will take, where they will live and even whether or not Philip can take flying lessons. It is a really good study in what the weight of royal duty can do to a marriage, a theme that would repeat itself a generation later, with much more dramatic consequences, in the marriage of Charles and Diana.

And that is the essence of what The Crown is. It is strong, character driven drama. There is no high drama here on the scale of other regal sagas like the sex and skulduggery filled The Tudors or The Borgias. One entire episode is dedicated to the rather unsexy subject of a smog that enveloped London in 1952, killing many and causing a leadership crisis in the cabinet. The pace is much slower than your average drama at times, but this gives the characters space and time to grow and breathe in front of us. And given the magnificent cast that has been assembled, this is a delight to watch. Claire Foy is the obvious star of the show, giving great depth to Elizabeth’s journey from wide eyed princess to confident head of state, but she is by no means the only star turn. Matt Smith is devilishly charming as Prince Philip, who is trying to maintain some sense of personal freedom while living in the gilded cage that is Buckingham Palace. John Lithgow chews the scenery, playing Winston Churchill as a cantankerous political dinosaur, clinging to power long after he should have retired.  Jared Harris and Eileen Atkins‘ appearances as King George VI and his mother Queen Mary are fleeting but memorable. It is Atkins who delivers a notable exchange, portraying how insensitive the royal protocol that they lived by could be. On her deathbed, when asked if she would like the window open, she replied “Not while they’re rehearsing (outside)”. When asked “Rehearsing what?”, she replies “My funeral”, reminding viewers of the formality that rules the royals lives despite occasional glimmers of them just being like the rest of us. One of the more interesting supporting characters is the exiled Duke of Windsor (Alex Jennings) who drops in and out of the action and is portrayed as money grabbing and having a massive chip on his shoulder over his treatment, post-abdication, calling his family a “sad, desiccated bunch of hyenas”. 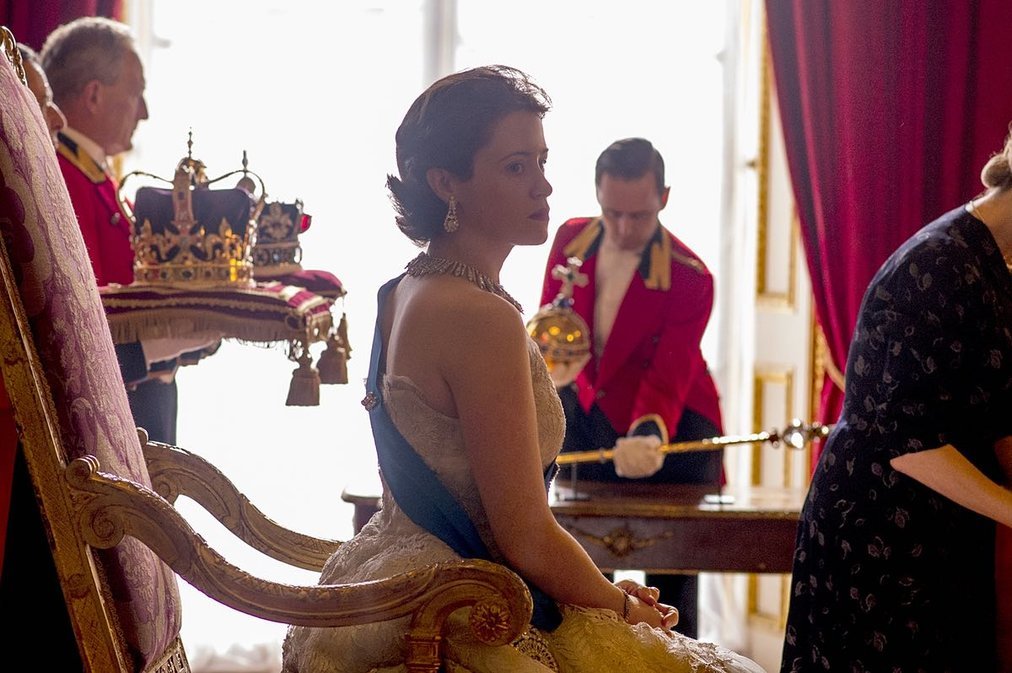 Unseating this summer’s The Get Down, The Crown is now the most expensive Netflix drama made to date, with a budget of £100m ($125m). This budget is very evident in every aspect of the production. Aside from the heavyweight cast, it boasts Peter Morgan (The Queen, The Last King of Scotland, Frost/Nixon) as it’s writer while directing duties are shared among a group who’ve worked on Brideshead Revisited, Birdsong, Wallander and Billy Elliot. On screen, the sets and locations are on par with the BBC’s War and Peace in terms of lavishness and detail. We’re treated to sunny Maltese waters, African plains, beautiful Scottish Highland vistas as well as the decaying opulence of 1950’s Buckingham Palace. The entire package from casting to writing to costume is one of the highest quality which I’m sure will be duly recognised come awards season.

Fans of action packed drama may find The Crown a bit low key and tame for their tastes. It’s a slow burner that focuses more on character than sensational plot twists but this is to it’s credit. Beginning with her wedding in 1947 and ending with her refusal to allow Margaret to marry Townsend in 1955, this season is more about Elizabeth growing into her role as Queen and it’s effects on her personal relationships. Aside from Margaret’s wish to marry a divorcee, it was a particularly calm and scandal free period in royal life in comparison to what had gone before it and what was to come in later years. There are so many brilliant performances on parade though, that even the most mundane of subjects (choosing staff, Churchill sitting for a portrait) are electrified by the actors onscreen. A second season is already in production and I for one am hopeful that the series will see out it’s six season plan, if only so we can see what Peter Morgan’s highbrow take on the outrageous Diana and Fergie era of divorce and disrepute looks like.

The Crown is available to watch in full on Netflix.