The jokes have been made already (‘Goodness, this is a long Aviva car insurance advert’) and the comparisons to Ricky Gervais’ Derek have been posted well in advance. And it’s true that Paul Whitehouse’s bittersweet new sitcom for BBC2, about a hard-pressed Community Psychiatric Nurse, does bear an unfortunate and uncanny resemblance to both. But here’s the rub – the Aviva adverts are funnier. And it’s so soppy that it makes Derek look like a Michael Haneke film. 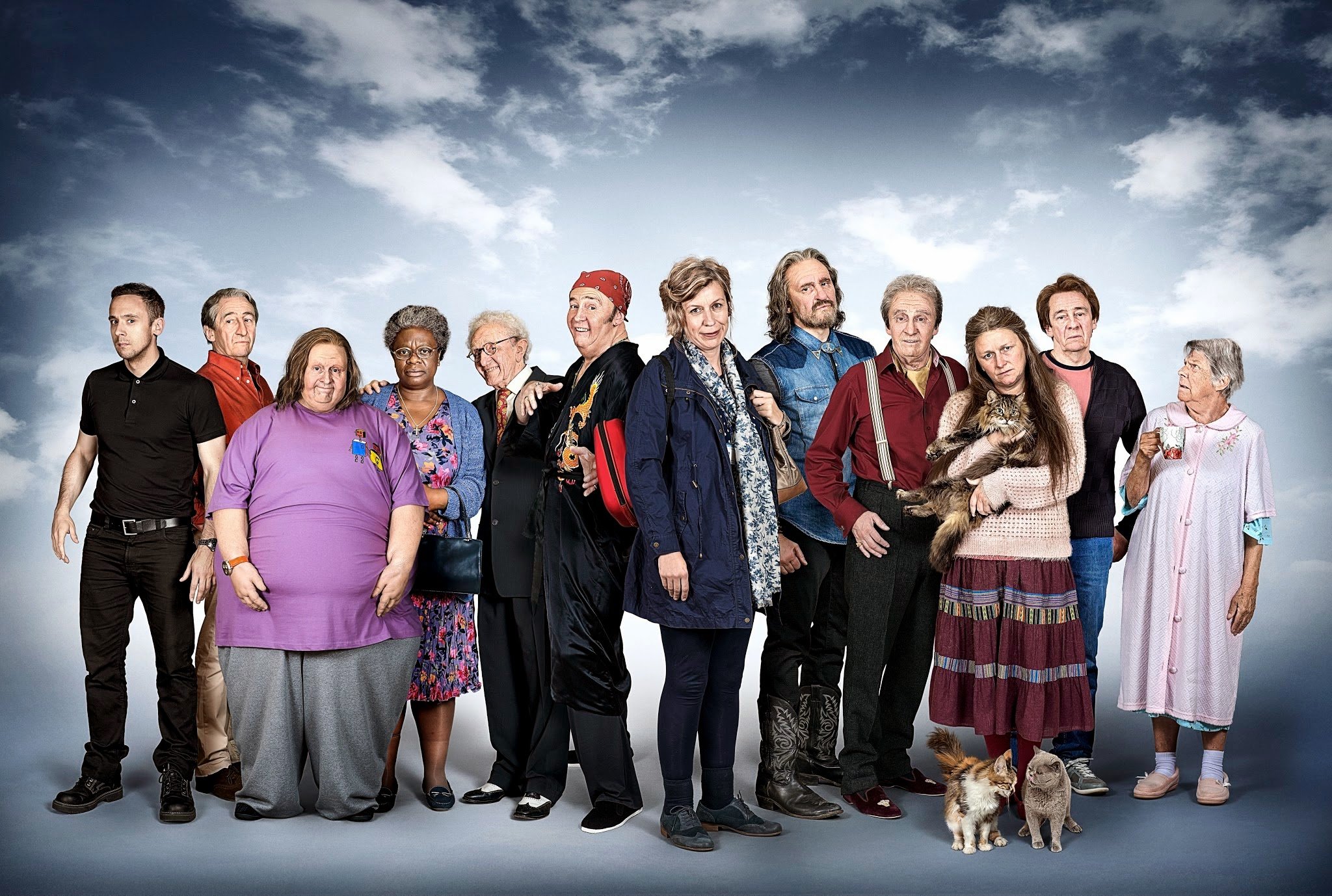 Nurse follows the stressed yet likeable (aren’t they all?) Liz (Esther Coles) as she goes about her rounds, visiting an assortment of weird and wonderful patients, mostly played by Whitehouse himself. You’ll half recognise most of the characters as variations Whitehouse has played before in The Fast Show, Bellamy’s People and, yes, the Aviva adverts.  The good news is that he has lost none of his gift for bringing characters to life – they are all vivid, nuanced and fantastically alive. Rockabilly Billy, the agoraphobic country and western fan, and the obese Graham (who played a tremendous part in the hilarious fictional radio talkshow, Down The Line) are highlights.

There’s no doubting both Coles and Whitehouse love their creations, in the same way that Gervais loved Derek to the degree that he lost sight of how others might view him. Every character portrayed here by Whitehouse – every man Jack of them caked in pink prosthetics – is vulnerable, sweet, broken, contrary, lost, hopeless, and terribly, terribly sad. This is a show that wallows in pathos from the very first moment, smothering itself in the stuff from head to toe. It is positively gorged on the dewy-eyed irony that accompanies the sadness of clowns.

Whitehouse and Charlie Higson’s brilliant The Fast Show contained moments of pathos too. Moments. Not great, hulking mountains of it. Not family bucket meals of it. Who could forget the moment that Lord Ralph Mayhew told Ted that his wife had died? Or Rowley Birkin QC’s final sketch, where he for the one time only lamented the fact that he had been ‘very, very drunk’? Droplets of pathos like this need to be earned. Nurse seeks to serve us only icing, and no cake.

There are heartening cameos from the excellent Rosie Caveliero and the ever-dependable Simon Day but sadly subplots involving Liz’s domestic life and a tiresome scene with two policemen add nothing to the action and serve instead to highlight how flimsy a lot of this. Nurse doesn’t wear it heart on its sleeve, it wears it as a giant inflatable hat complete with flashing neon sign.

Bittersweet? Cor, serve this to Gregg Wallace and his head would explode.