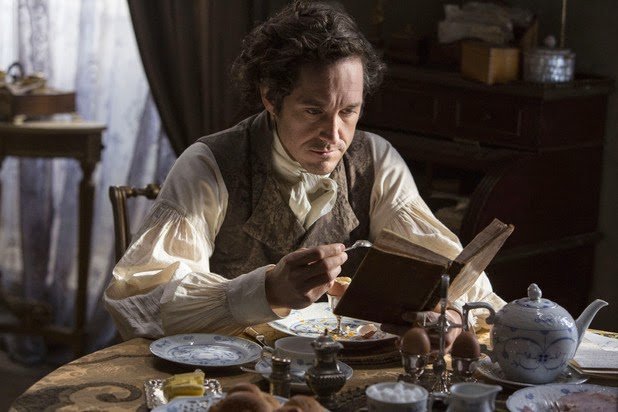 Set only a few years after the Cornish shenanigans of Ross Poldark and his chums (which, with Banished, must have saved the Beeb’s costume department a lot of money), Jonathan Strange and Mr Norrell imagines a much more fantastical England. Have your copper mines, Ross, we’ve got statues that come to life and Marc Warren as some kind of magical pixie guy with amazing hair.

It’s 1806 and there has been no magic in England for three centuries (perhaps Henry VIII banned it – it would be just like him). Even respected groups such as the York Society of Magicians do not cast spells, they merely study them. ‘These magicians,’ explains the wry voiceover, ‘have never made a single mote of dust change its course’. But it has been prophesied that two magicians will emerge and bring magic back to the country and Mr Segundus (Edward Hogg) is determined to find them, despite the Society’s mockery.

The two magicians of course are Strange and Norrell (Bertie Carvel and Eddie Marsan). Mr Norrell, a reclusive ‘tolerable, practical magician’ is teased out of his stately home by Segundus and manservant Childermass (a wonderfully lugubrious Enzo Cilenti, who almost steals this opener from the excellent Carvel and Marsan), while louche gadabout Strange stumbles across his magical abilities via a combination of Paul Kaye’s grubby street magician Vinculus and a desire to impress his beloved Arabella (Charlotte Riley). 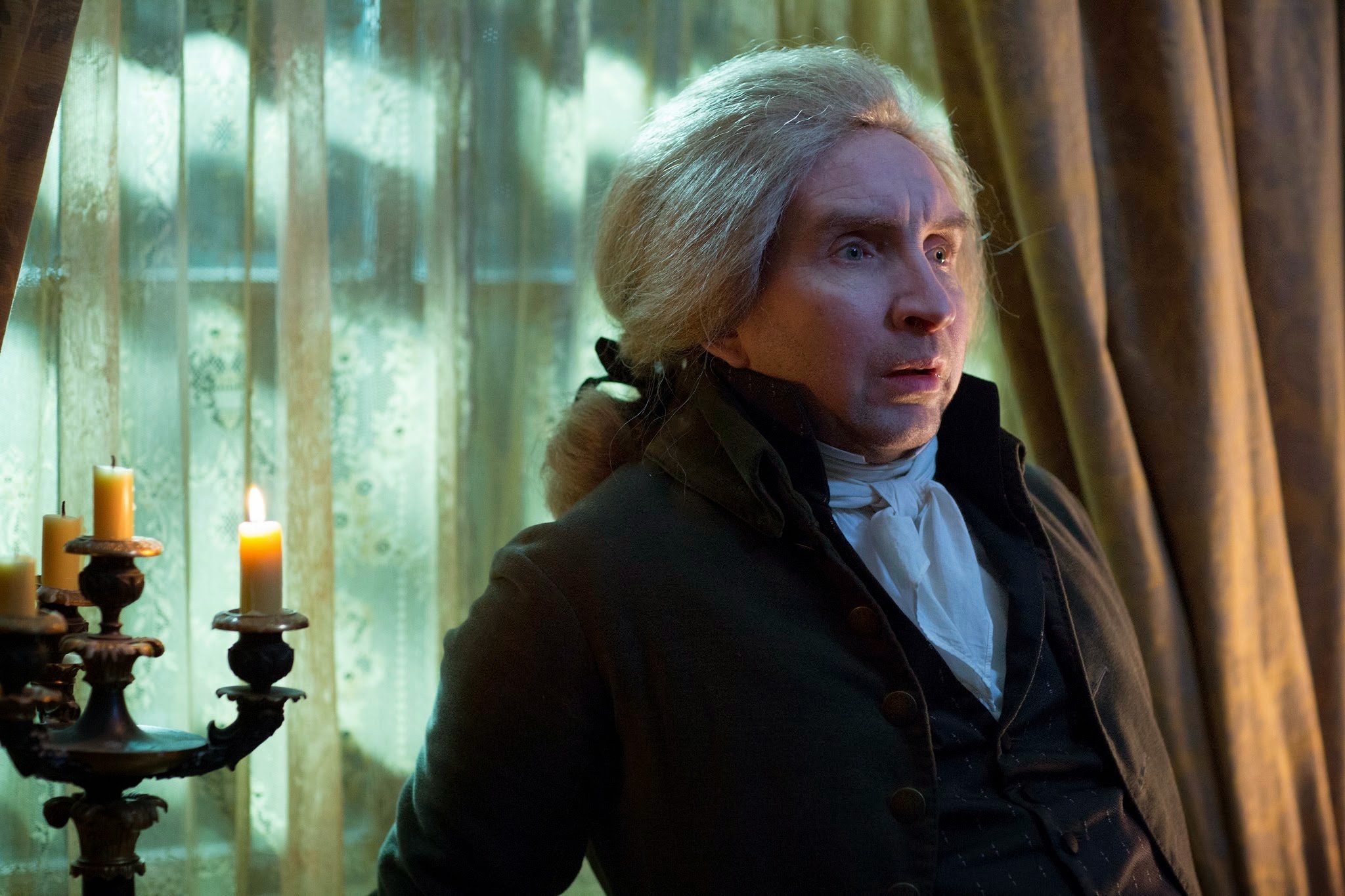 Eddie Marsan has quietly, and deservedly, become one of the big beasts of British film and TV and his withdrawn, geeky, somewhat arrogant Norrell is another strong performance. While horrified by the society soiree he’s convinced to go to in London, he can’t help but feel a twinge of pride when word of his ‘miracle of York’ (during which the statues of York Minster came to life, in a scene that was half Dr Who, half The Muppets) is flying around town. When Marc Warren’s mysterious, insanely-haired ‘The Gentlemen’ offers him the chance of glory, it doesn’t take him long to agree.

The other side of this magical coin is Jonathan Strange, a slightly silly Hooray Henry who can’t secure the hand of the woman he loves until he finds an occupation. And he can’t secure one of those because of his Scrooge-like father and his weakness for cards and drinking. Happily his father dies and Strange subsequently stumbles across the prophecy spouting Vinculus on his land. ‘I met a man under a hedge who told me I was going to be a magician’ he explains to an understandably dubious Arabella. Carvel (whose big breakthrough was as Miss Trunchbull in the hit stage musical Matilda) is a delightfully silly presence and I’m already excited about his inevitable crossing of paths with Marsan’s dour Norrell.

This is good fun for a Sunday evening, with shades of Dr Who and Discworld about it. There’s no brooding hero, there’s no semi-naked threshing, and I don’t anticipate too many bodices being ripped, but its blend of the fantastic and the funny should provide the BBC with another Sunday night hit.