Netflix dramas can be a strange breed. They’re often bombastic and over the top like the strangely addictive YOU or they are sleeper hits that become huge like Korean mega-hit Squid Game. Every so often though the streaming giant delivers a drama that relies more on the subtleties of everyday life to bring us in. This was the case with their 2019 limited series Unbelievable and also their little-discussed but brilliant 2021 series Maid. No other series in my recent memory has held a magnifying glass so close to emotional abuse and poverty than Netflix’s Maid. 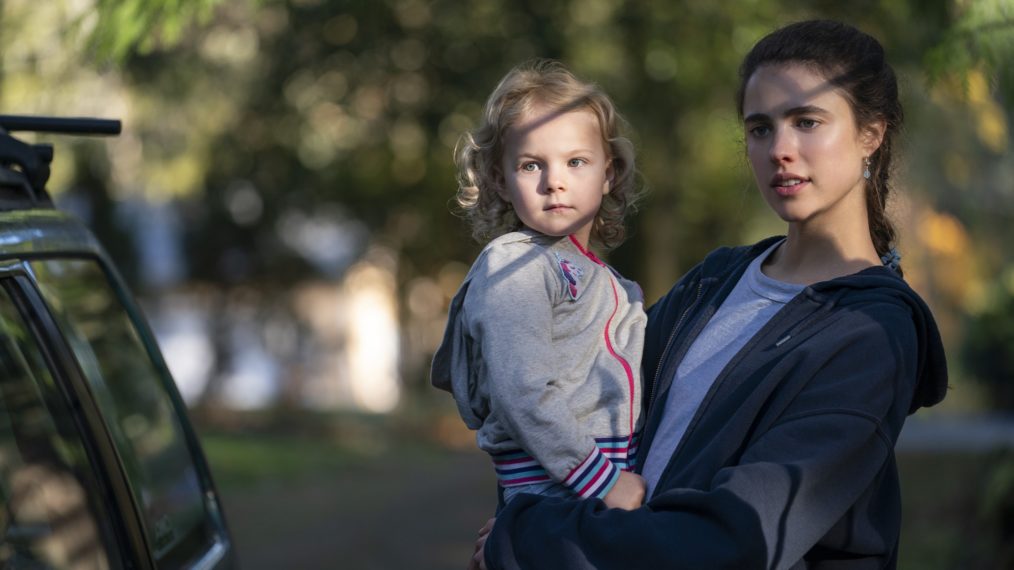 Molly Smith Metzler’s adaptation begins with Alex Russell (Margaret Qualley) as she escapes a hostile environment with her three-year-old daughter Maddy.  As we follow her journey to an unknown destination, a money counter displaying her bank balance appears on the screen and starts to countdown with every purchase made creating anxiety around how the two are going to survive on their own. This struggle between money and survival is a constant threat in Alex’s life as she experiences a broken government system, a set of closed doors, and is challenged every day to have her basic needs met. 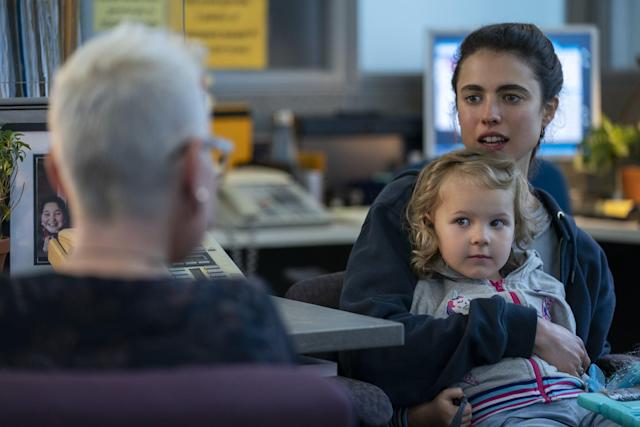 As a result, the show can be devastatingly hopeless at times especially with the way it represents social systems as cold and heartless entities. In one scene, Alex attends a meeting with a support service, akin to a DWP appointment in the UK, and finds out that not only does she not qualify for financial help, she also doesn’t qualify for housing support as her claim of emotional abuse cannot be validated. She is sent away with a phone number for ‘Value Maids’, a cleaning service that seems helpful but ultimately ends up costing her more out of pocket than her first job provides back and obstructs her ability to eat that night. While the narrative certainly isn’t the first to depict these services this way, and therefore isn’t original in its initial setup, it is true that emotional abuse isn’t recognised the same way as other domestic violence in America and therefore Alex’s tenacity to keep striving for success in a world that seems against her is hopeful and inspiring to the millions that can relate to her right now.

Despite the many obstacles that her explosive ex-partner Sean presents, whether he is using his connections and family resources to divide mother and daughter or shirking his responsibilities to savour his taste for alcohol, it is important to note that he is not a one-sided antagonist serving to cause Alex pain but instead is humanised with deeper character complexities. His actions are never justified or blamed on Alex and yet his complex problems of alcoholism and self-preservation are not solely blamed on his character either. Nick Robinson is authentic as this character, and it is believable that he is another lost soul with a devastating background that continues to affect him in adult life. 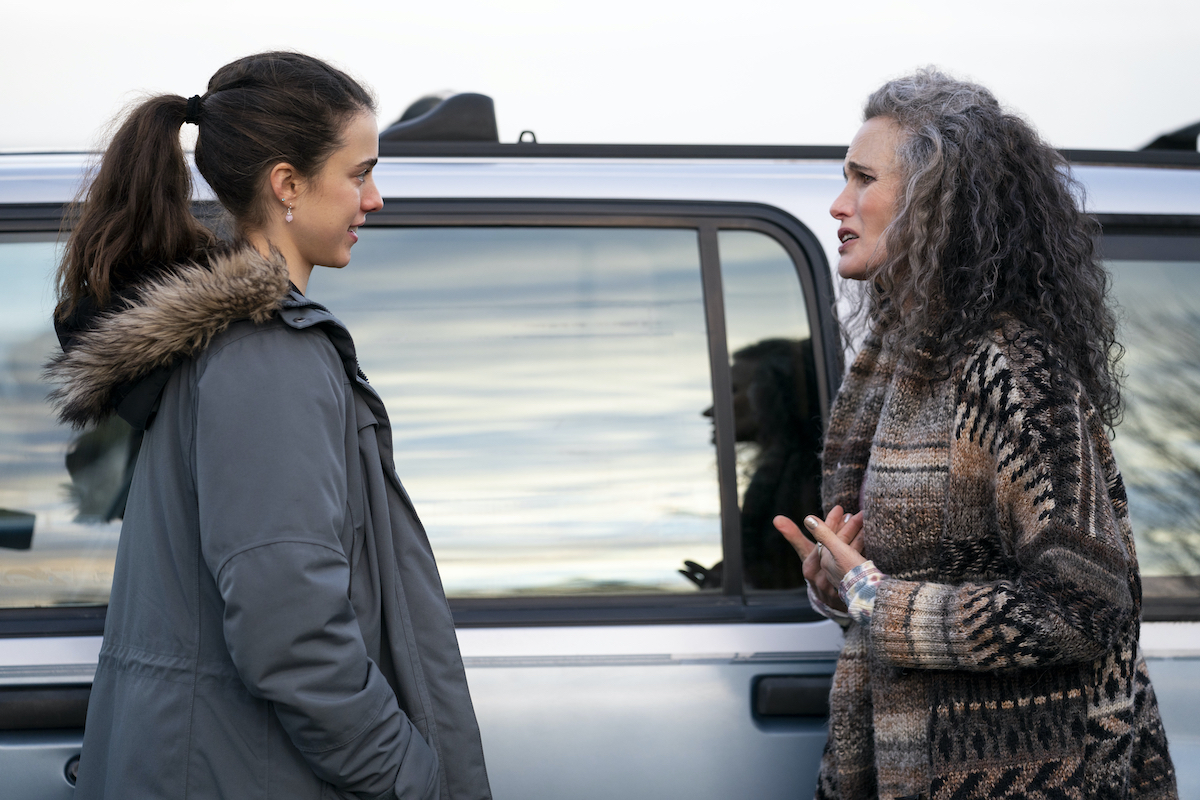 Another relationship that shows the complexities Alex faces as well as demonstrates the potential link between trauma, mental health, and loss of financial freedom is the relationship between Alex, her mother Paula (Qualley’s real mother Andie MacDowell), and her mother’s partner Basil (Toby Levins). The three have a difficult association together as while Alex can see the damage he is creating in Paula’s life, Paula seems muddled to a lot of what is going on around her, possibly because of an undiagnosed bipolar disorder. Throughout the series Basil abuses Paula’s mental health to his own circumstance, whether that is in the exploitative way he rents her property without her knowledge or the way he encourages Alex to dine with them but then gaslights Paula about its payment which she relinquishes to. This not only shows that desperate people will take desperate measures but also how disengaged Paula has become to her daughter’s plight as the symptoms of her condition make her blind to the abuse surrounding her.

That’s the thing about Maid though, it never seeks to demonise any of the difficulties the characters are individually facing but instead provide close analysis’ of how circumstance can change a person’s path in life. It’s as much a portrayal of the constraints of poverty as it is an educational programme of how emotional abuse can create normalised trauma in people and consequently, make someone lose their way as they are blinded by the violence. This is important because as little as ten years ago coercive abuse was often overlooked in televised productions but now it’s centre stage and creating awareness and prevention in a somewhat socially isolated world.

I, for one, am thankful for that!

Having said that it doesn’t mean that traditional forms of abuse should be ignored, and Maid makes a good effort to voice survivors of physical abuse through the character of Danielle (Aimee Carrero). The character’s overt peppiness despite her own set of circumstances is encouraging and kickstarts Alex’s fight for independence but her appearance in the story is short-lived which is a shame as it would have been interesting to see if she found her path. However, this is Alex and Maddy’s story and the script never loses focus of that.

REVIEW: Unbelievable on Netflix is an important and impactful watch.

Margaret Qualley is an outstanding lead in this character study. Her portrayal of Alex perfectly balances resilience and perseverance while realistically portraying the weight of the many hardships Alex faces.

Maid is a must watch that breathes fresh air into serious observations of poverty, abuse, and homelessness in a well-intentioned way. Not only will it open your heart to those struggling with financial difficulties and/or abuse, but it will also spark a fire in your heart to keep fighting against whatever circumstances may be facing you personally. 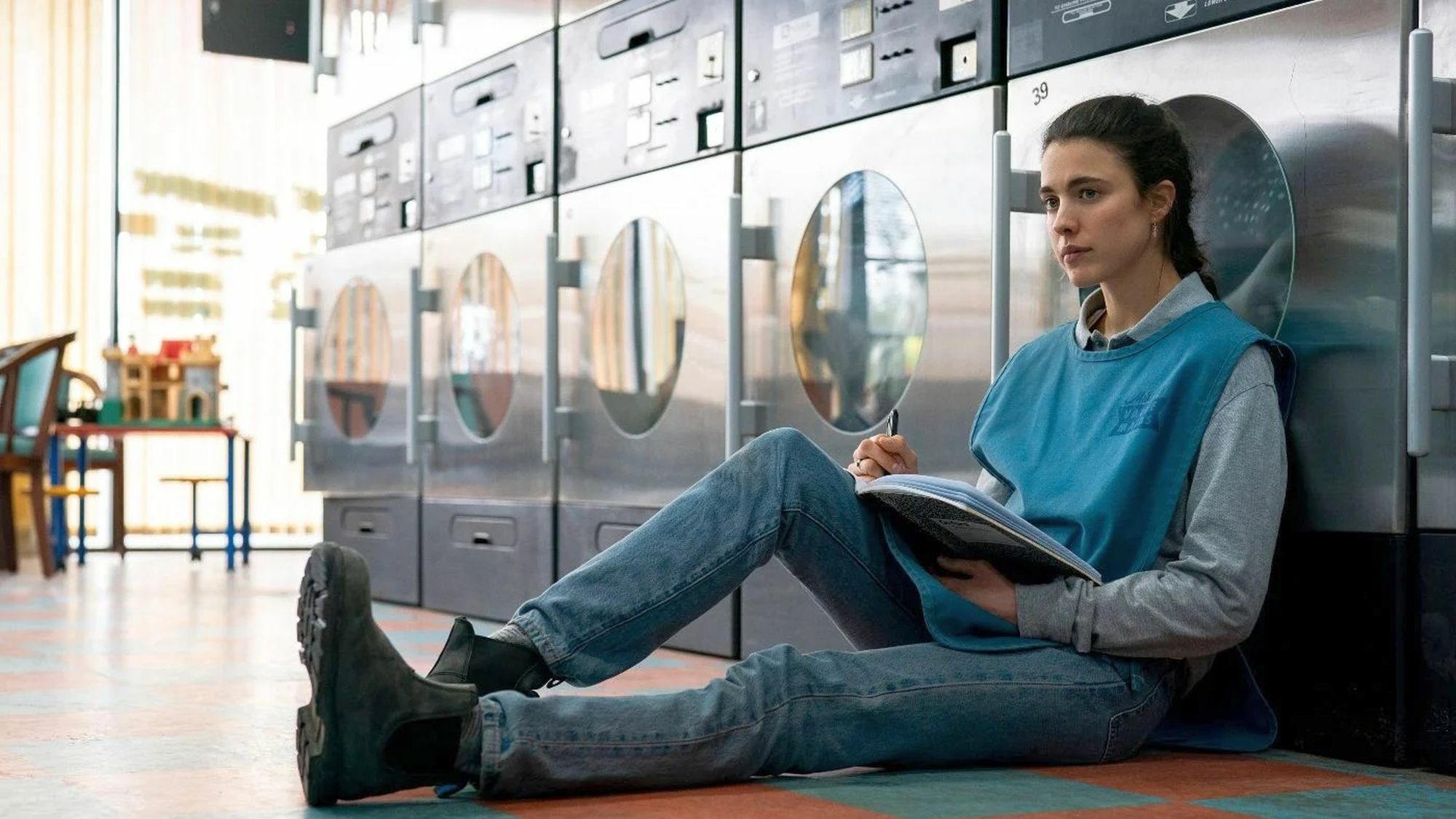 And, if you missed this one because of Squid Game’s own depiction of poverty then I challenge you to watch the first ten minutes of this. Once you do, you will see that while the battle royale type programme had its clever moments you missed out on the more important show that delves deeper into lives not too dissimilar to our own.

Maid is streaming now on Netflix 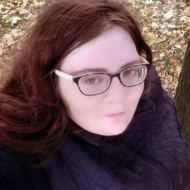