Moving ‘Toast’ to ‘Tinseltown’ loses nothing of what made the original so charming.

You’re only 53 seconds into Episode 1 of Toast of Tinseltown when you realise that Stephen Toast (Matt Berry) and his bizarre theatrical world has not merely been ported from its original home on Channel 4 to BBC Two, but has been given the star treatment. Because there (well, on a laptop) is comedy legend, Larry David, playing a nitpicky conspiracy theorist.

Not that seeing the odd famous face in Toast is surprising (unless it’s Jesus on your morning slice) but, they’ve always tended toward the British end of celebrity. Coming out of the gate with David does knock previous US guest Jon Hamm into a cocked hat.

It’s the first in what becomes a non-stop bus-top tour of stars throughout the series, as failed actor Toast takes his treacle-voiced tones to LA in a twin bid to escape his many debtors and star in the new Star Wars movie (‘Yeah sure!’). By the ending of Episode 2 – the first episode to put Toast in Tinseltown and arguably the weakest of the 6 – you may fear that Toast may lose its eccentric British soul to glitzy gimmickry, as we have an appearance from Homer Simpson, a clearly ‘done in ten seconds on my iPhone in my garden’ cameo from Paul Rudd, and a wasted guest role by the brilliant Bill Hader, whose talents are again stifled by a laptop screen. 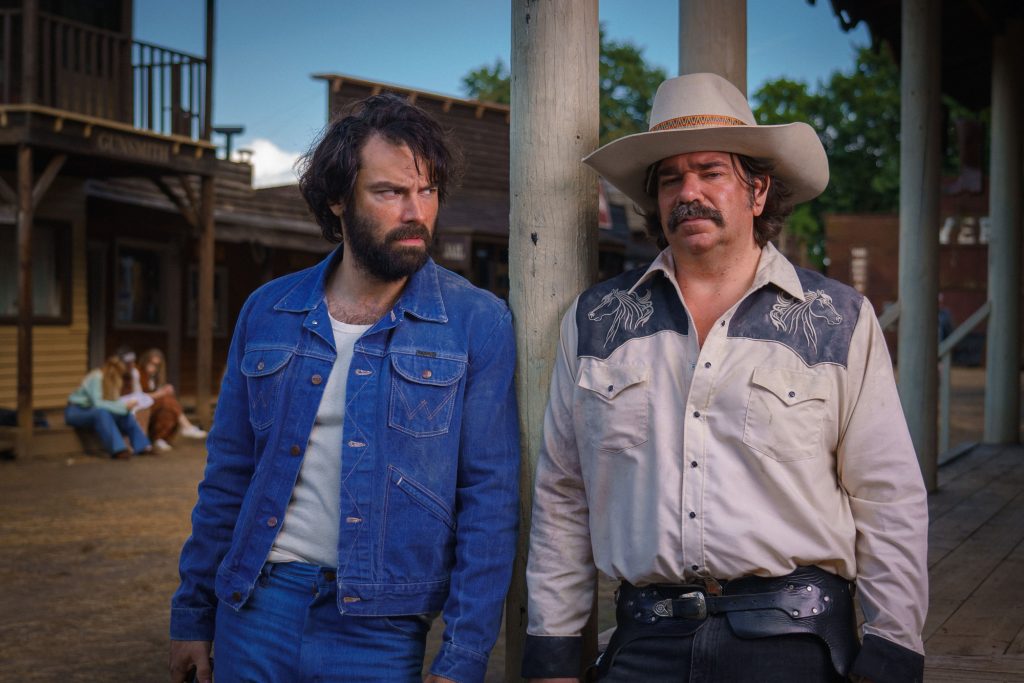 But fear not! Even when surrounded by the glitterati Stephen Toast is still the man we recognise and so is the show. Berry’s booming, swaggering thesp is still the odd fish in an even odder pond except now he’s seemingly perpetually jet-lagged and dehydrated. It’s a magnificent performance, and as he trawls for fresh job opportunities (wait, can fish trawl?), the show keenly sends up West Coast celebrity in the same way its predecessor did to West End theatrics.

OPINION: Why we need to be shouting about the brilliant ‘What We Do in the Shadows’

Across the series, almost every Hollywood genre is touched on, from a Noir wine-tasting to a Western that turns into a Manson Family horror and back into Western again, in the series highlight Episode 5. One genre which isn’t touched is the Musical, which is odd considering that music was such a core component of the old series. Berry’s soulful song-breaks are noticeably absent from each episode.

Tinseltown is just a bigger, more bizarre mirror to Toast’s London life. Across the pond, the names remain reliably brilliant: Sorry Johnson, Richard Chickentoss, Liberty Jerbil, and Bellender Bojangles. His useless agent Jane Plough is replaced with useless doppelganger Brooke Hooberman (Doon Mackichan, now under prosthesis and a constant cigarette). The jobs he gets are just as odd or doomed to disaster, just with a larger budget. And instead of his bedsit with Ed Howzer-Black (Robert Bathurst), it’s a sterile apartment with the creepy Russ Nightlife (Fred Armisen) and his occasional friend Billy Tarzana (Rashida Jones). 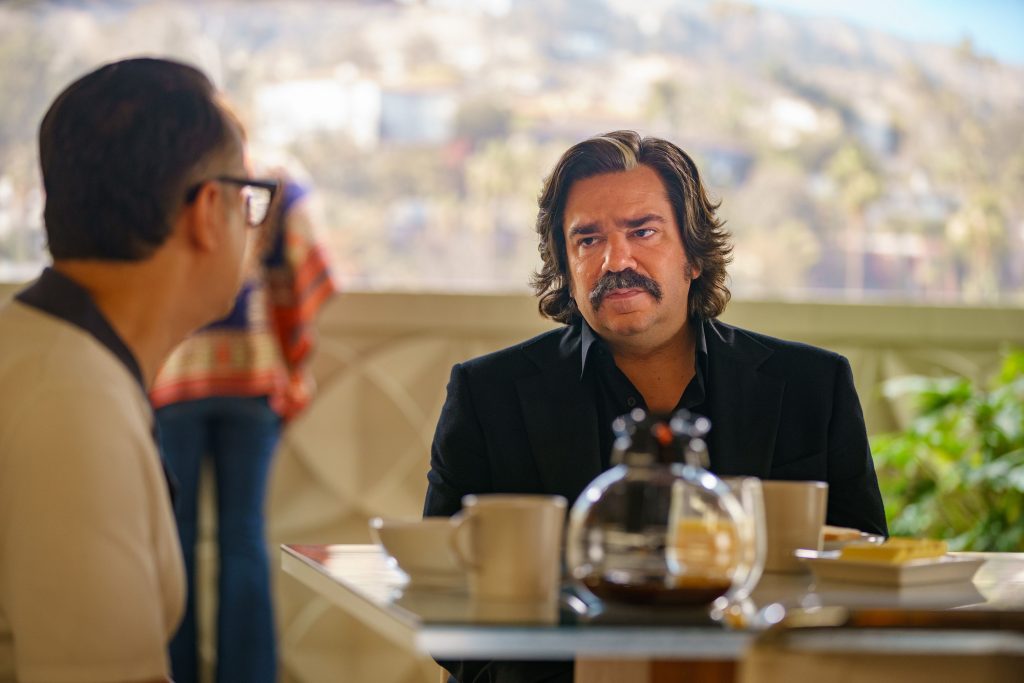 The sections with Armisen and Jones feel like the weakest part of the show, which sounds stupid to say when they’re two people with enormous comic chops. But Jones doesn’t seem quite sure what style of comedy she’s in, not that you can blame her, and Armisen’s well-honed weirdo schtick is something you either take to or don’t.

But when that’s the hardest criticism you can level you can tell that, unlike its protagonist, Toast remains a winner, and hopefully its move to the BBC and iPlayer will remedy it being one of the best comedies no one’s watching. This is a show that still knows itself and what it’s doing, down to the granular details in creating a hilarious, unsettling composition of the Golden, Silver, and current ages of entertainment. Despite the way Episode 6 ends, it hopefully won’t be our last visit to it. Do we want another round of Toast? You know the answer, Clem Fandango fans: ‘YES!’.

Toast of Tinseltown Continues Tuesday at 10.00pm. The whole series, along with Series 1-3 of Toast of London is available on the BBC iPlayer. 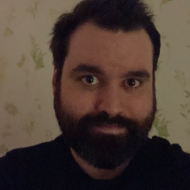 Rob has been writing about TV for over a decade now, both online and in print. He lives in Durham, but his mind lives in the 1990s.