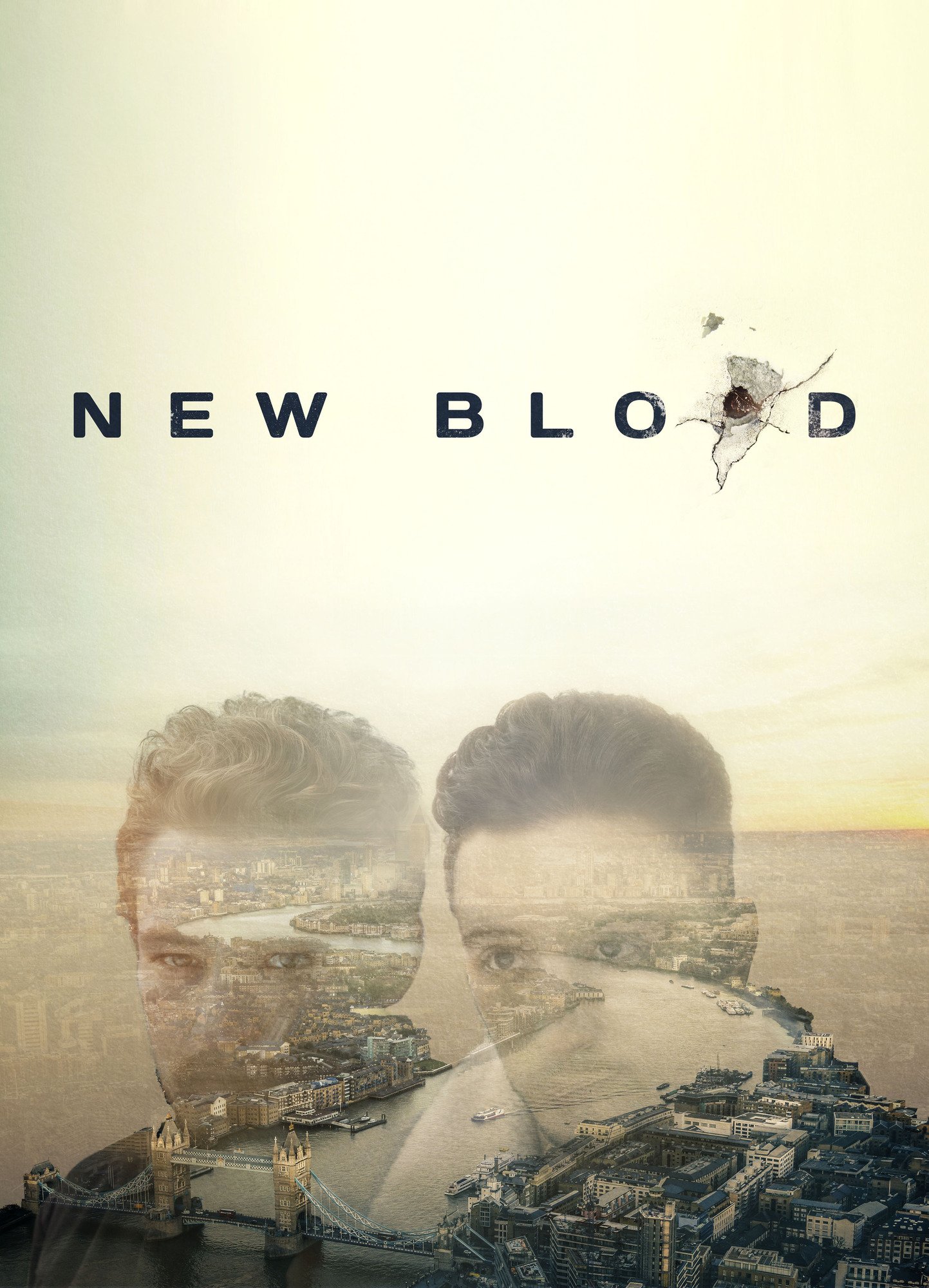 BBC One have had a string of top quality drama of late, with the likes of The Night Manager and Happy Valley receiving high praise from viewers and critics alike. Next up to the stage is Anthony Horowitz’s modern crime thriller New Blood, and the title couldn’t be more apt.

The seven-part drama will start in June on the BBC, but in an interesting decision the BBC have decided to make the first three episodes available on the iPlayer a few days before the traditional transmission.

Anthony Horowitz says: “We have to recognise that young people don’t watch TV the way we did, and it’s very much in the spirit of New Blood that the show will premiere on iPlayer. I couldn’t be happier that we’re going to be ‘out there’ on demand – it’s a great way to launch a show which is very much about the younger generation – before we settle into our seven-week, 9pm slot.”

Nowadays it’s difficult to take the crime genre and make it original, there’s only so many twists, turns and storylines that can be done before shows become repetitive and obvious. Clearly there are some fantastic exceptions, such as those mentioned above along with the likes of Line of Duty and Luther, but it’s so easy for the genre to fall flat on it’s face (see pretty much all of ITV’s latest crime thriller outings…). New Blood however, is different. It’s refreshing for a start, focusing on a younger generation than what’s usually presented to us in similar shows. It’s original, opening with a storyline that brings twists almost immediately, and lastly it’s a true reflection of multicultural life in London. 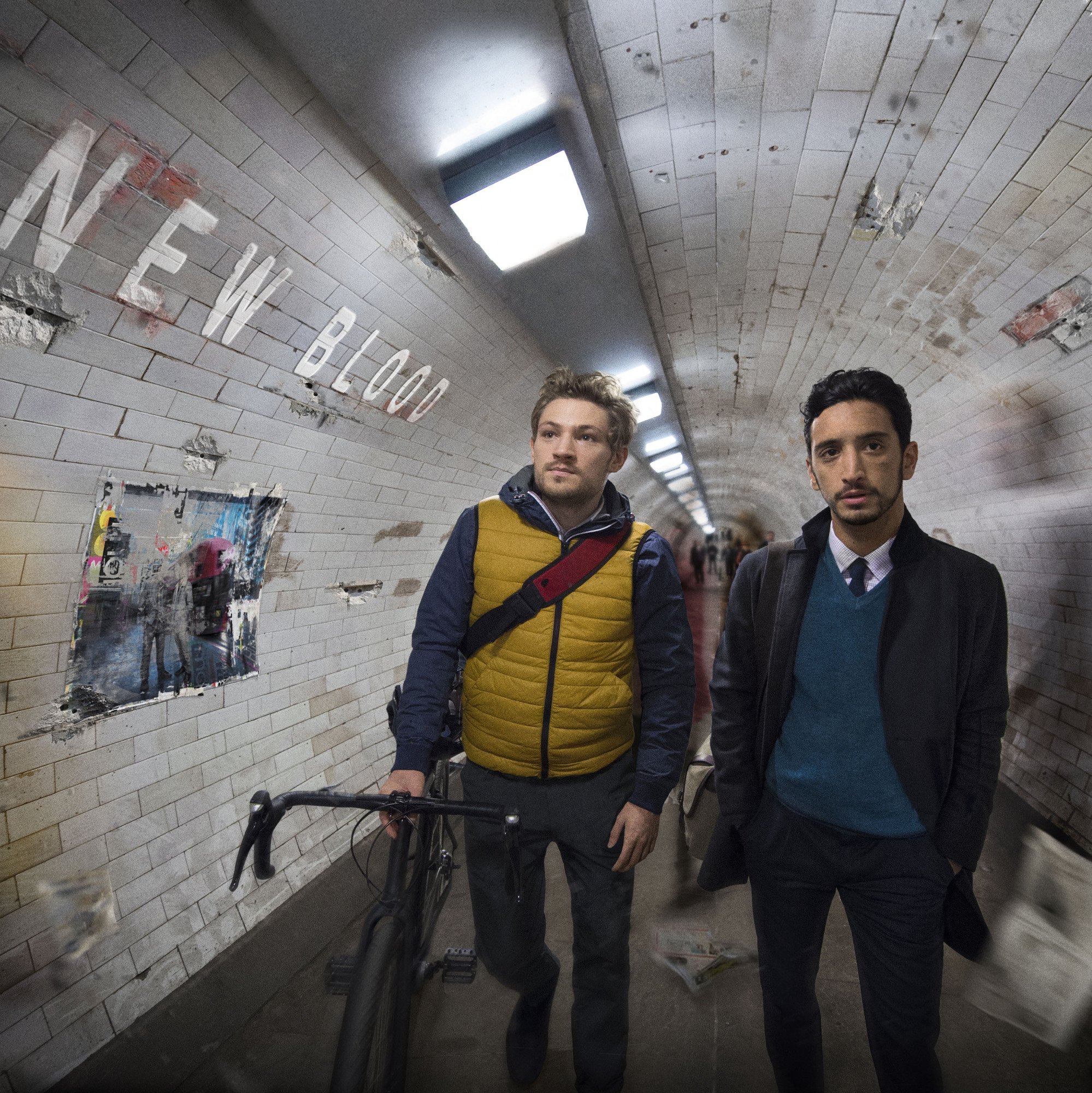 The two main characters, played by relative newcomers Ben Tavassoli (Rash) and Mark Strepan (Stefan) aren’t your typical BBC One primetime leads. Rash is Iranian/British while Stefan is Polish/British and both are fumbling through their twenties, trying to deal with the normal frustrations of living in London.

Speaking about the importance of having Iranian and Polish actors as the leads, Horowitz stated, “I wanted to reflect 21st Century London, it’s a cosmopolitan city and that seemed to be a big part of it… it took away some of the sense of being part of that establishment with being slightly on the edge.” The two characters are also obviously created in order to capture a younger audience while leaving the genre to bring in the attention of others.”

Opening with a group of strangers signing up for a medical study in order to gain extra money for their travels, things quickly take a turn for the worse. Month’s later we’re introduced to the two leads prior to their lives crossing. What follows is an interesting set up full of intrigue and light suspense, a storyline that will keep you on your toes and coming back for more.

New Blood is a very slick, cool looking show. With opening credits that rival that of The Night Manager’s, director Anthony Philipson (Our Girl, 24 Hours in A&E) commented about the style, “I’m a massive film fan and I wanted to draw upon a lot of the film techniques they use to give it that cool edge… A lot of fast cuts that add to the action and add to the tone.” It’s clear that a lot of time has been spent making sure the image of New Blood appeals to a younger audience and it pays off. If anything it’s nice to sit back and appreciate how beautifully London has been captured on film.”

While it’s not the most groundbreaking drama of it’s type, New Blood is a breath of fresh air for anyone looking for a crime drama with a good douse of humour. It’s a good show,  With the first three episodes being released at the same time on iPlayer, it’s the perfect show to binge watch in one sitting but I’ve a feeling you won’t be pining for more after it’s finished.