Prime Video’s A League of Their Own is much more than a remake.

A TV show that is based on a successful movie comes with many expectations. Given that it has a world, characters, and a fanbase built in, the expectation is that it must build on this starting advantage and take the story somewhere the movie could not go.

Prime Video’s  A League of Their Own has managed to do just that, using the 1992 movie as a stepping stone to a bigger field, whilst paying homage to the iconic moments, and taking its swing into unknown territory. In many ways, the original movie, starring Tom Hanks and Geena Davis was the sanitised, family-friendly telling of women’s baseball going mainstream during WW2. It merely brushes past much of the realities of the time, giving only a nod to segregation and racism, and completely ignoring the stories of the queer women of the time.

The series, as created by Will Graham and Abbi Jacobson (of Broad City fame), is the much grittier, real story of women of that time. It’s the “period care” to the films’ “feminine hygiene”. The window into the baseball world is taken away from the angle of a man who doesn’t want to be there (Tom Hank’s grumpy coach), and a woman who is indifferent to her success within the baseball world, replacing it to focus on women whose hearts beat in baseball. 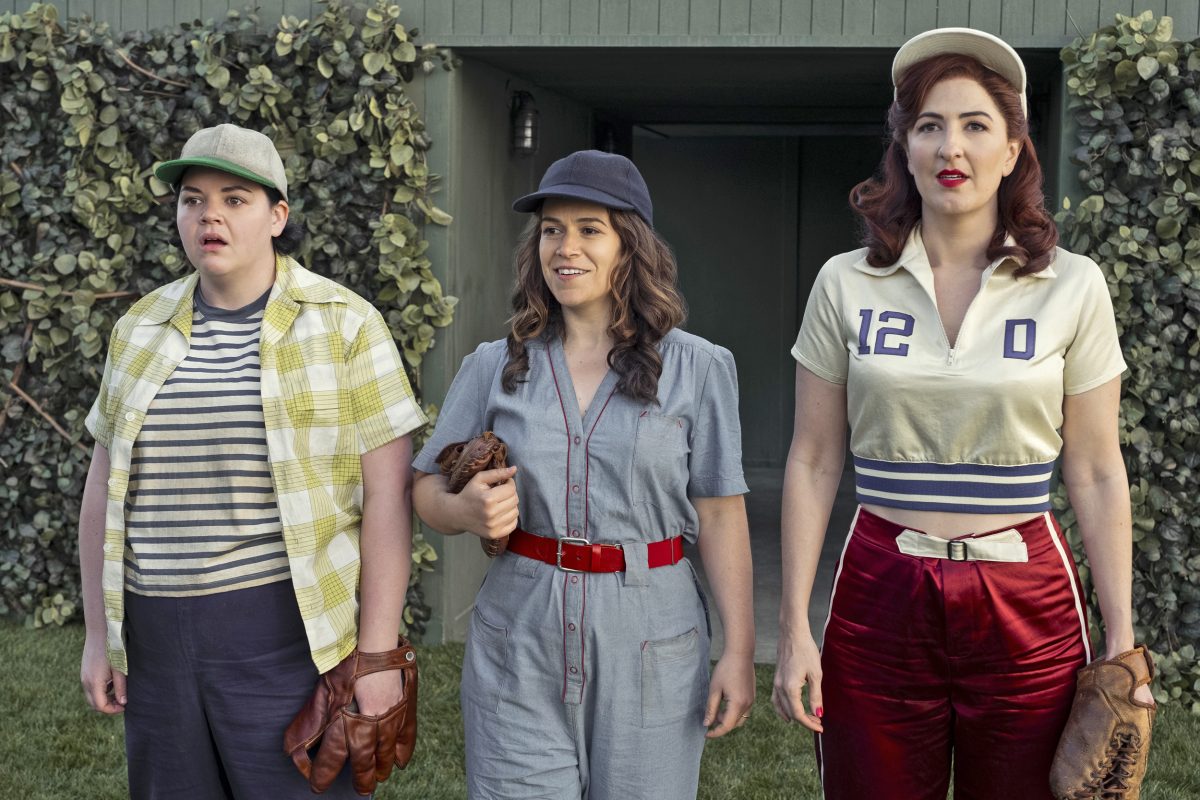 Opening the series with the main character Carson Shaw (Abbi Jacobson) running to catch a train that will take her to the All- American Girls Baseball League try-outs, lands us slap in the middle of the movie, and the equivalent scene of Geena Davis’ Dottie, and her sister Kit racing for that same train.

But while there are obvious analogies, to the beloved movie characters (particularly Madonna’s pin-up girl Mae and Rosie O’Donell’s wiseguy tomboy Doris, who become D’Arcy Carden’s Greta and Melanie Field’s Jo) the series takes the audience’s assumptions about these stereotypical characters and subverts them into much more fully formed real people. Carson is not Dottie. There are connecting attributes – the unparalleled, unhoned talent, the husband off at war, the natural leadership – but there are also striking differences. Shaw is not statuesquely beautiful, she is not laid back in her attitude to her new success, and most significantly, Shaw doesn’t know who she is.

The All-American Baseball league is an eye-opener for Shaw, as is her new friend Greta. The gregarious, gorgeous, sharp but cautious friend to Shaw sees in Shaw what she herself has not realised was there – both how much she wants and needs baseball, and her attraction to women. When Greta and Shaw kiss in the first episode, Shaw’s eyes open to the world in a whole new way, and the audience is let into it with her. But doors aren’t opening for everyone in the series, as while the new women’s baseball league is answering questions for Shaw that she didn’t know she needed to ask, Max Chapman (Chanté Adams), an African American woman from Illinois, is asking those questions over and over and continually getting no for an answer.

Unlike Shaw, Max knows who she is. She is the finest pitcher for miles around, she’s a queer woman having affairs with married women, and she’s stifled working in her mother’s hair salon. Max sees all too clearly the doors that baseball opens but she can’t even get far enough to knock. Max and her best friend Clance (Gbemisola Ikumelo) are turned away from the trials without a go, and though comic-book-loving artist Clance takes it in her stride, Max won’t let this be the end. The war has made space for white women in places previously occupied by men, but black women still are not welcomed. Max is determined to push herself into the spaces she knows she belongs, starting with a job in a machine factory which could lead to her playing ball for the company’s mixed-race team.

Shaw and Max collide when Max accidentally witnesses Shaw and Greta’s kiss, and despite the fact they are coming at baseball and life from very different angles, their commonalities link them and they build a friendship. That friendship gives us a link between the two worlds that the show focuses on – the Rockford Peaches on their journey to the World Series, and Max’s journey to the world where she can be her true self. Abbi Jacobson is a very capable lead as girl-next-door Shaw, but the shine definitely goes to her costars D’Arcy Carden – who imbues Greta with so much spark but vulnerability – and Chanté Adams, who manages to give Max such a steely core and sweet, seductive charm, that she’s impossible not to love. We see Max go from giggly, tomboy with best friend Clance, to frightened church-girl with her mother, to sensual, strong queer woman in her Uncle Bert’s world. All of the facets are captivating and believable as existing inside the ballplayer fighting to get out of the dug-out of life.

30 years ago, a family-friendly film could not have focused on a married bisexual woman or a black queer woman, and it certainly could not have told us the story of trans and non-binary characters in their lives. Both Shaw and Max meet someone who opens their eyes to the queer underground thriving all around them, and heartbreakingly, to the reality os what life is when you’re not straight in 1940s America.

Max’s Uncle Bert (played with compelling, contained strength by Lea Robinson) and a fantastic cameo by Rosie O’Donnell as club owner Vi, are the elders who have lived the pain and shame of their younger friends, and want only for something different for the next generation. The show doesn’t shy away from the reality of these stories, both in terms of the violence and exclusion, and the joyous love that comes from living their lives in truth, and it’s those competing consequences that Max and Shaw must tackle throughout the show.

That is not to say that A League of Their Own is in any way bleak, it has a warmth that belays its lessons on prejudice and self-acceptance. It is a glorious revelry in the relationships of women – from platonic friendships (such as the adorable Max and Clance, or Greta and Jo tumultuous but enduring rocksteady ), to lovers, to mothers and daughters, to teammates. Baseball takes a backseat to their stories, but all the key elements of the sport still underpin the series, from the chaperones that try to keep the players respectable, to the underdogs to scrappy winners classic trope.

The wit and charm of the original movie still runs rampant through the series, with the most iconic moments remixed with wit and respect to add greater context and significance, and yes even the song remains. The core lesson of the original film though is what still stands strong at the heart of the show, as we see these women go from solo outliers in their own worlds, into a cohesive, successful team – nay, a family – in the baseball world. It’s about finding your people, and while some viewers may baulk at the LGBT-heavy storylines, hopefully like Tom Hank’s character in the movie, they will see the talent and worth in these women, and give them a chance to step up to the plate.

A League Of Their Own is available on Prime Video. 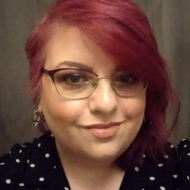