REVIEW: A Confession gets off to a disappointing start.

Therefore, it is with slight unease that we should approach A Confession, particularly those amongst us (like myself) who have to critique it. When you’re criticising the actions of a character or a plot point it’s important to remember that a great deal of this did happen and that it is difficult to not seem insensitive. You, the viewer, are somewhat let off this – there is a division between what you see and what you think. For a reviewer, this is not the case. The episode begins with Detective Superintendent Steve Fulcher (Martin Freeman) meeting with Deputy Chief Constable Ray Hayward (John Thomson). Hayward has been accused of sexually inappropriate behaviour and is due to face a tribunal – Fulcher advises him not to be paranoid and to go along with it, saying he’ll speak to the Chief Constable, Brian Moore (David Keeling) about the matter and his concerns over Hayward’s state of mind.

As Fulcher returns home, it soon becomes apparent that Sian O’Callaghan (Florence Howard) has gone missing. Though her mother Elaine (Siobhan Finneran) seems unworried at first but after her boyfriend reports her missing and the police become involved, she begins to panic. As the manhunt grows in size and scale, Fulcher is brought in to head the investigation. It soon becomes apparent that Sian’s boyfriend isn’t involved but that a black car with a partially visible registration number is visible on CCTV.

Whilst Fulcher proceeds with the investigation, Karen Edwards (Imelda Staunton) once again begins the ritual of hoping that her daughter might return home. Karen’s daughter has been missing for several years and Karen is desperate to get in contact with her and the media attention around Sian’s disappearance catches her attention.

As the investigation heats up. Hayward begins to slowly lose his composure after his pass is revoked. After a press conference in which Elaine and the rest of the O’Callaghan’s plead with Sian or whoever is holding her to come home, Fulcher receives the news that Hayward has hanged himself and begins to wonder whether he had something more to hide than he first believed. My general problem with the series is, therefore, not that it lacks realism – indeed I would say that it has a great deal of realism. It’s simply that it perhaps has too much realism. It feels less like a drama and more a reconstruction of events – narratively it feels like a Crimewatch reconstruction that has been extended past five minutes. The plot mirrors the events that happened perfectly, and writer Jeff Pope seems to have looked into the case thoroughly, but it still does not feel quite like a drama. It does not have the same dramatic impetuous one would expect from a series that had the same events but was purely fictional. I should say Pope is the master of adapting stories like these for the screen, but the tone and the feel of this one feel off and I also worry that there isn’t enough story to sustain the six episodes.

Interactions between characters, particularly Fulcher and his fellow officers, seem realistic but not natural. They don’t seem like they may have any history or rapport but rather actors who met for the first time when filming. Similarly, the twist that Hayward is a possible suspect for the kidnapping comes strangely out of left field and seems like an attempt to justify his character’s presence in the drama. I don’t know whether or not the real Hayward, if he was indeed a real character, was ever suspected of the crime but it does feel as if it was a tagged-on cliff-hanger to attempt to give the drama some more bite. Though the way Pope presents events feels realistic – the realisation that Sian is missing, the initial disbelief of her parents, the search to look for clues and interviewing of suspects culminating in the press conference does seems as if it was how the case unfolded but it lacks any sense of drama to it.

It does not function in the way one would want a drama of this sort to work. Perhaps due to Pope’s adherence to the facts he has created a piece of work that is compellingly realistic but lacks any sense of dramatic cohesion; that rather than watching a drama unfold we are seeing a painstakingly careful reconstruction of events that only serves to highlight the horror of murder.

A Confession does have one great advantage though – it possesses an extraordinarily good cast. John Thomson’s weary eyed and beleaguered Deputy Chief Constable is a compelling character that we see too little of. Thomson is a great comedy actor, but he brings a great deal of believable sorrow to his portrayal of Hayward and the sense of bewilderment he feels at the situation he finds himself in.

Similarly, believable is Martin Freeman as Fulcher. Freeman exudes a sense of competency, a desire to play things by the book and be methodical; perhaps intended to make the series twist (and the titular confession) seem all the more surprising. Freeman’s performance is one that, whilst not particularly memorable, certainly makes Fulcher an engaging character and helps to drive the plot along.

Imelda Staunton gives a particularly engaging performance as the guilt-ridden Karen Edwards, desperate to find her daughter. Staunton makes us genuinely care for Edwards and knows exactly how to extract empathy – particularly during the scene in which she speaks to her abrasive ex-husband and Becky’s father John (Christopher Fulford) about their daughter’s disappearance years earlier.

A Confession is a noble attempt to highlight the horrors of losing someone close to you and the sense of powerlessness when it happens. However, it does not function well as a drama because it lacks the particular dramatic spark to make an audience sit through six hours of television. It is ultimately a drama that exists to tell a terrible story but rather than telling it seems more comfortable reconstructing it, thus denying the viewer any sense of immersion. It is, unfortunately, a wasted opportunity.

A Confession Continues Monday at 9.00pm on ITV. 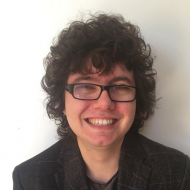