This years’ series of Educating Greater Manchester is
different in more ways than one. Filmed in 2018, the series takes us back
to a simpler time when the biggest concern teachers had was a Year
11 secretly selling bags of Starburst in the corridor. As usual,
this episode is full of childish pranks and classroom antics that
make you as nostalgic for your own school years as they will
pre-lockdown days, but there is an indication from the offset that this series
will deal
with more serious issues than we’re used to seeing at Harrop
Fold, opening with headteacher Mr Povey’s remark that “it was going
to be our best year ever, and then it all went quite badly wrong”.
Of course, Mr Povey is referring to the school being placed in
special measures in 2018, which meant that this series was almost
never aired – and what a shame that would have been!

The episode opens with familiar faces such as the mischievous
student council rep Vincent and boisterous Katelyn, and though it may
have been nearly two years since we saw their playful smiles on our screens, in the Educating world, only a new school year has
passed. As we watch the pupils run down the corridor, laughing with
their friends and talking back to teachers, we are instantly transported
for an hour to the familiar and welcoming playground antics of Harrop
Fold. And something that has not changed is the respect and trust that
the teachers at Harrop Fold have for their students. It has
always been an endearing quality of the series that the teachers speak to
the pupils as equals and treat each conversation with them as a dialogue
between two capable adults. And never is this more evident than when
the school receives a call about a student carrying a knife, and
Mr Povey enlists the help of Year 11s in working out who it might be.
Though unorthodox and perhaps unthinkable to many others, it is a heartwarming moment that encourages us to place more trust in
this generation.

Fortunately, the incident regarding the knife turns out not
to be quite as serious as first thought, however, the series still
handles it with professionalism and heart as always. And rather than
brushing it off as the harmless incident that it turned out to be, we
are reminded that harmless incidents such as this one can quickly
lead to – or at least open the door to – serious knife crime. With the increasing problem of knife crime in Salford at the time, and continuing across the whole of Greater Manchester today, Mr
Povey’s decision to encourage the student in question to use his
platform to speak out about the dangers of carrying knives speaks
volumes. We must be understanding, but we must also have zero tolerance, and
thatincludes harmless incidents such as this one. Also in this episode, we are introduced to cheeky year 7
Jacob as he interrupts his Spanish lesson by shouting through a mouthful
of sweets. Immediately, he seems like quite a handful whose behaviour
is difficult for the teachers to manage, yet, like many other
children in the series, in his interviews is polite and witty. This is
something that the Educating series does really well, is allowing us to
hear the children’s’ perspectives rather than taking their behaviour
at face value. They remind us that behind every misbehaving child is
an underlying need for support or to be understood, in whatever
form that might come.

For playful Jacob, it soon becomes apparent that much of his
behaviour stems from his discomfort with his dyslexia and a fear of
being called stupid. This leads to a very touching moment between him and
Mr Povey, in which the headteacher himself makes quite a courageous
disclosure about his own dyslexia, which leaves Jacob mindblown. It’s a
moving
moment, and exactly what the Educating series is about –
allowing children like Jacob to feel seen and remind the rest of us to
look beyond the boisterous behaviour and see the potential that
exists beneath it. And no doubt when others see this episode and
hear Jacob’s eloquent speech about how dyslexia is his superpower, they
too will be inspired to see their own potential. Similarly, you’d be forgiven for thinking that Katelyn’s
insistence that she finds it difficult to concentrate would be due to
lack of trying – as many teachers had told her in the past. But when
she tells us that she was diagnosed with ADHD, we see that what they
really need is to be treated with understanding, and they find that at
Harrop Fold. And suddenly, this becomes more than a light-hearted
docuseries about bunking off and playground romances – though it is
that, too – it reminds us of the compassion we should try to show for one another, especially those of us that are still in the process of
becoming adults in this strange new world in which we find ourselves.

But of course, it’s not all straight faces, heartwarming
stories and tense music, as we are still given plenty of laughs. This
episode in the form of seasoned tuck shop veteran Tumy, whose looming
graduation opens up new business opportunities for budding year 7
businessman Nelson. And even in the more serious moments, the staff at
Harrop Fold seem to have a mutual understanding that sometimes the best
way to handle a situation is with a sense of humour, which is
something that we’re all grateful for at the moment.

Educating Greater Manchester leaves no child behind, and as
always reminds us that everyone deserves a second – or even third or
fourth chance. Children don’t misbehave for the fun of it, there’s
always more than likely an underlying reason that this series never
fails to get to the heart of and empathise with. And with the
foreshadowing of the school being put into special measures in later episode,
this series promises to bring us more weight and sincerity than
ever
before. 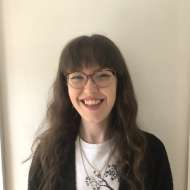