“There will be no more mob justice today, trust in the law” These words sprawl across a movie screen at the beginning of HBO’s Watchmen from writer and creator Damon Lindelof(Lost, The Leftovers). It’s played for an audience of one, a young black boy, saying the words along with the film, while outside, the exact opposite plays out.

In an interesting turn, the much anticipated “remixing” of the 1986 groundbreaking graphic novel doesn’t start anywhere near the same time period as its source material, which you might be more familiar with from Zack Snyder’s 2009 film adaptation. Instead of focusing on the Cold War, Lindelof’s Watchmen instead decides to turn its focus to the extremely hot war that has existed throughout the history of the United States: race.

As that young boy leaves the cinema, we’re shown what is “believed to be the single worst incident of racial violence in American history”: The Tulsa Race Massacre of 1921, where a young black man was accused of sexually harassing a white woman and a mob justice mentality took hold over the white residents of Tulsa. At the time, Oklahoma had only been a state for a mere 14 years, and because of that, represents a sort of final frontier for the United States, the most modern version of the Wild West, and the one where racial tensions ran most hot. This whole history lesson might feel a bit stodgy for a review about a superhero television show set in 2019, but the setting in this version of Watchmen is central to its story and the themes it wants to explore. The Wild West is synonymous with vigilante justice in American history, and Watchmen is about a spectrum of vigilantes.

For those unfamiliar with where the graphic novel diverges from our timeline, you can check out the best part of the film adaptation, but here’s the skinny: a nuclear accident creates a blue godlike superhero named Dr. Manhattan who helps the United States win the War in Vietnam quickly and easily during the Nixon administration. The Cold War threatens to end humanity itself in nuclear war, but one of the Watchmen Ozymandias unleashes a giant transdimensional squid (it’s just a series of explosions framed as the work of Dr. Manhattan in the film) that unites the human race against a common enemy. This TV series has kept in line with the squid version. When we pick up the story again in 2019 Tulsa, we’re introduced to a very different parallel version of America. In this version of Tulsa, police officers wear masks to protect their identities, just like any other masked vigilante superhero. In a traffic stop interaction between a black officer and a white driver (who is revealed to be a white supremacist but still listens to rap music), the officer is killed when police headquarters won’t remotely unlock his gun quickly enough.

A new-age KKK, The Seventh Cavalry, takes credit for the killing from behind homemade Rorschach masks, who was one of the most prominent characters in the original story. The rest of the pilot episode serves as law enforcement’s reaction to the murder, as they mobilize their own masked vigilantes to employ a number of Patriot Act-Esque tactics to track down the terrorists responsible.

t’s worth stopping here to talk about the character of Rorschach because although he isn’t personally in this version of Watchmen (because he dies at the end of the original story for refusing to go along with Ozymandias), his spectre figures to hang heavy over the series.

Rorschach was defined by his uncompromising nature, killing heinous criminals instead of giving them a chance to either repeat or rehabilitate. His brand of vigilante justice was extreme, and is where his character name and design come from. In Rorschach, you see whatever you want to see, he can be the hero cleaning the streets or an unrepentant villain who considers himself judge, jury, and executioner.

And it’s in this vigilante that the Seventh Cavalry sees itself, determined to clean “the accumulated black filth” from the streets of Tulsa, referencing one of Rorschach’s most memorable lines in their message to the police: “Soon all the whores and race traitors will shout save us, and we will whisper, no.” This exploration of vigilantism, the good and evil we place on top of it, seen through the lens of race seems to be at the heart of this Watchmen remix. The terrorists wear masks and so do the cops trying to track them down. In an interrogation of a suspected Seventh Cavalry member, Looking Glass (Tim Blake Nelson) essentially administers a subliminal messaging test from behind his own mirrored mask. Angela aka Sister Night (Regina King) motivates the rest of the information out of him in a bloody beating behind closed doors.

Sheriff Judd Crawford (Don Johnson) is the only police officer not in a mask and lives in a mansion on top of a hill that looks not unlike a mafia compound, with armed guards patrolling the perimeter and a steady supply of cocaine going up his nose.

In fact, not wearing a mask seems to have not worked out for poor Judd, as the episode ends with his body swinging from a tree, next to an elderly version of the boy from the 1921 Tulsa Race Riots, with a drop of blood falling onto his badge as a clear homage to the image on the front cover of the graphic novel.

From its pulsing neo-noir soundtrack to its reappropriation of characters, Lindelof’s Watchmen a brilliant way to approach adapting source material for a new story, tapping into what made the original story so compelling, distilling down those aspects into their basic themes, and then shooting it into the veins of a brand new setting, cast, and framework. Unfortunately for the characters of Watchmen, but fortunately for us, we have not seen the end of mob justice today. 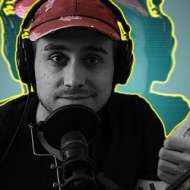