The latest episode of Inside No. 9 is a story of surveillance and secrecy. A rather drab man has booked himself into an even drabber hotel room so that he can spy on a woman across the road, worried that she’s seeing another man. But is he the only one who’s watching?

On the BBC’s excellent ‘Inside Inside No. 9’ podcast, Reece Shearsmith and Steve Pemberton have discussed how the show was impacted by the coronavirus. After the first lockdown put a halt to shooting series 6 at an early stage, Shearsmith and Pemberton took the time to write series 7 with each other remotely.

Then, as an opportunity to resume shooting series 6 drew nearer, they ended up swapping certain episodes originally intended for this series with some of their newly written ‘series 7’ episodes which were deemed more Covid-safe, with a smaller cast involved. Last week’s Simon Says was one such episode, and this week’s Lip Service appears to be one as well. Or if not, it was perhaps just a happy accident that it’s an intimate episode starring just Shearsmith, Pemberton and Sian Clifford (Fleabag, Quiz). The ‘number 9’ in question this time is not the hotel room in which the story unfolds, but another hotel opposite, where Felix (Pemberton) knows the woman he loves is meeting with a hunky client. He has concerns that there’s more to their relationship than just business – after all, how can he compare to a man who’s a “lawyer, political agitator, human rights activist and all-round do-gooder”?

After checking in and acclimatising himself to the grotty room, Felix is joined by Iris (Clifford), a professional lipreader he’s hired to help him at the advice of someone on Dadchat (“it’s like Mumsnet but with sad men rather than competitive women”). Their efforts are continually interrupted by uptight hotel manager Mr Müller (Shearsmith), who’s suspicious that Felix is using the room for nefarious purposes. Following his alpha turn as a TV showrunner in last week’s episode, Pemberton puts in a very different but equally great performance here as beta male Felix, with whom our sympathies keep changing throughout the episode. Sian Clifford gets an enjoyable guest role, lipreading in between commenting on how gorgeous Felix’s love rival is and supplying facts about the revoltingness of hotel rooms (apparently the kettles are generally used for “boil-washing underwear” or “peeing in”). Meanwhile, Shearsmith is clearly having a lot of fun as the pencil-moustached hotel manager, whipping open wardrobes in the hope of catching out his guests and delivering lines like “I just need to check your toilet roll situation” as unnervingly as possible.

Last year, the first half of Inside No. 9’s fifth series had an experimental feel to it, with the first three episodes respectively focusing on football, revisiting characters from Psychoville, and serving more low-key kitchen sink drama than the usual twisty-turny dark comedy. It seemed to me like an unusual selection of episodes to start the series with, but this certainly hasn’t been the case with series 6. Although Wuthering Heist, Simon Says and Lip Service have varied greatly in tone, they all feel like ‘classic’ Inside No. 9 at its very best, and if the series continues in this vein, it could prove to be one of the strongest so far. 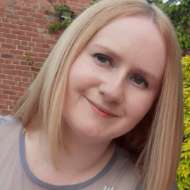