6.50pm  Michael McIntyre’s Big Show BBC One – Michael McIntyre hosts his entertainment extravaganza in front of a live audience at London’s prestigious Theatre Royal. This first episode sees Rylan participate in ‘Send to All’, an Antiques Roadshow fan getting the biggest surprise of their life and  Joel Corry & Tom Grennan performing  their smash hit ‘Lionheart (Fearless). 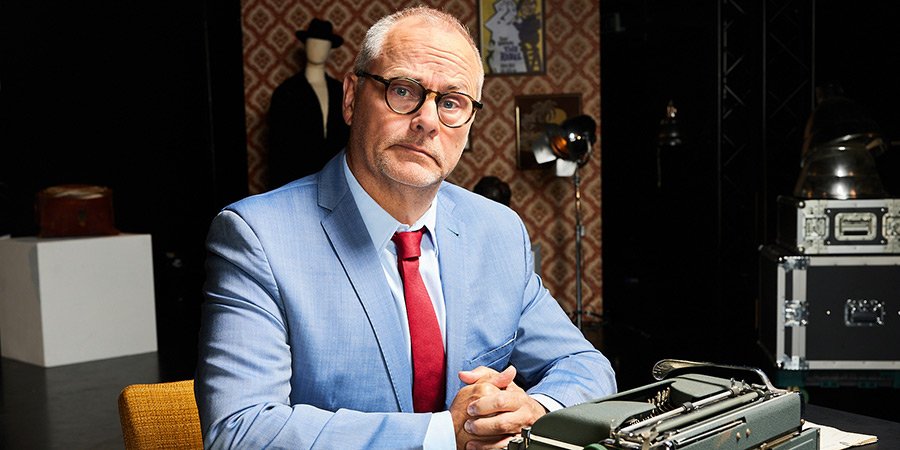 8.00pm Hancock: Very Nearly an Armful GOLD – Jack Dee hosts this celebration of the life of Tony Hancock and explores how his influence is still felt more than 65 years after his broadcasting debut. Jack sheds new life on the comic actor as he examines personal correspondence and philosophical jottings alongside Tony’s great-niece Lucy Hancock. Famous fans, such as Eddie Izzard and Diane Morgan, also discuss Hancock’s influence on their own careers. This special is followed by two episodes of Hancock’s Half-Hour which have been colourised for the first time.

8.30pm Keeping Up Appearances: 30 Years of Laughs Channel Five – A celebration of the much-loved sitcom with cast, crew and celebrity fans pay tribute to the show and share backstage secrets. Patricia Routledge also reveals how she developed the character of Hyacinth Bucket and what happened when the cameras stopped rolling.

9.00pm Atlantic Crossing Drama – The first episode of an eight-part Emmy winning miniseries based on the true story of Norwegian Crown Princess Märtha, who fights to save her country. The Bridge’s Sofia Helin stars as Märtha whilst support is provided by Kyle MacLachlan.

6.30pm Dancing on Ice ITV1  – The skating competition returns for a new series as twelve celebrities are put through their paces by Torvill and Dean before facing the scrutiny of judges Ashley Banjo and Oti Mabuse. Competitors include Eastenders legend Patsy Palmer, Olympic gymnast Nile Wilson, Drag Queen The Vivienne, comedian Darren Harriott and The Wanted’s Siva Kaneswaran. . 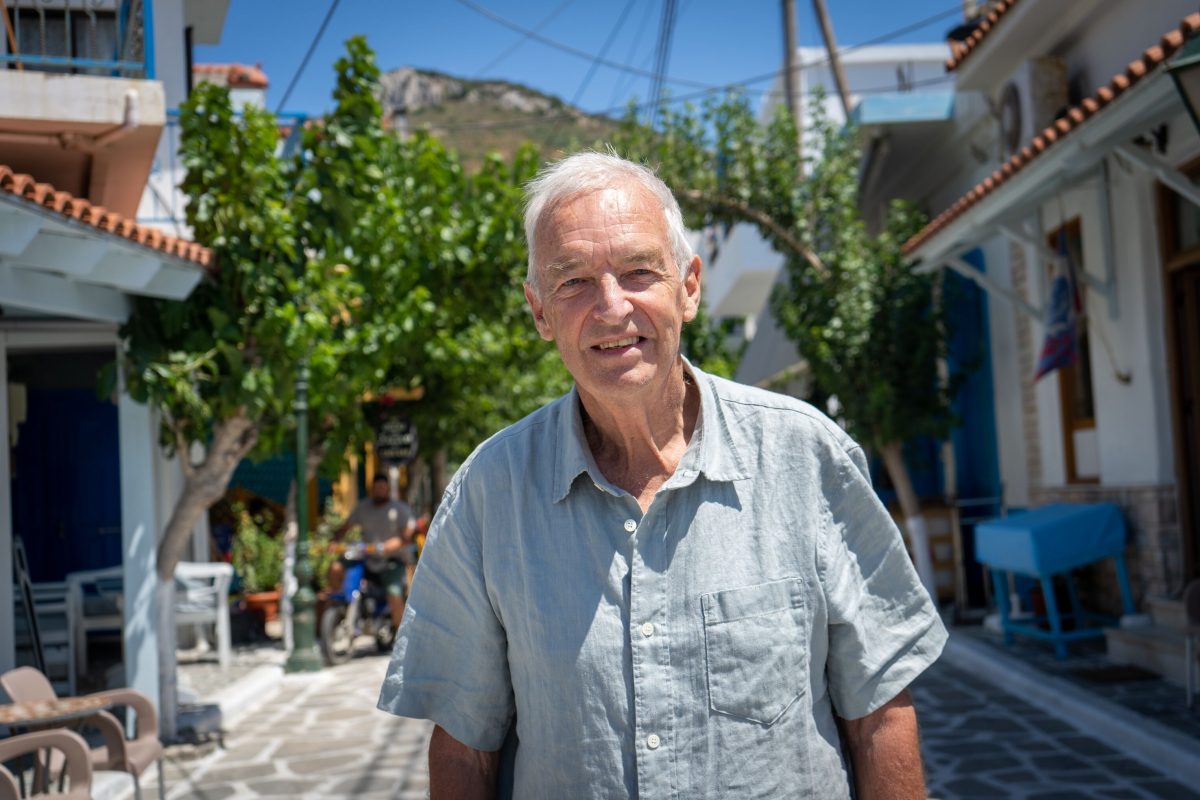 6.45pm How to Live to 100 Channel 4 – Jon Snow fronts this documentary by visiting the places on Earth where people live years longer and explores the secrets to a happy and healthy life. This first episode sees him visit the remote Greek island of Ikaria, whose residents live ten years longer than the European average. Jon’s second stop takes him to an area of California, 60 miles east of L.A. to meet a community of Seventh-day Adventists called Loma Linda, where a radical lifestyle is adding years to their health. He joins the over-85s in a vigorous exercise programme in the gym at 6.30am, before learning from a pastor that Adventist doctrine preaches that your body really is a temple. 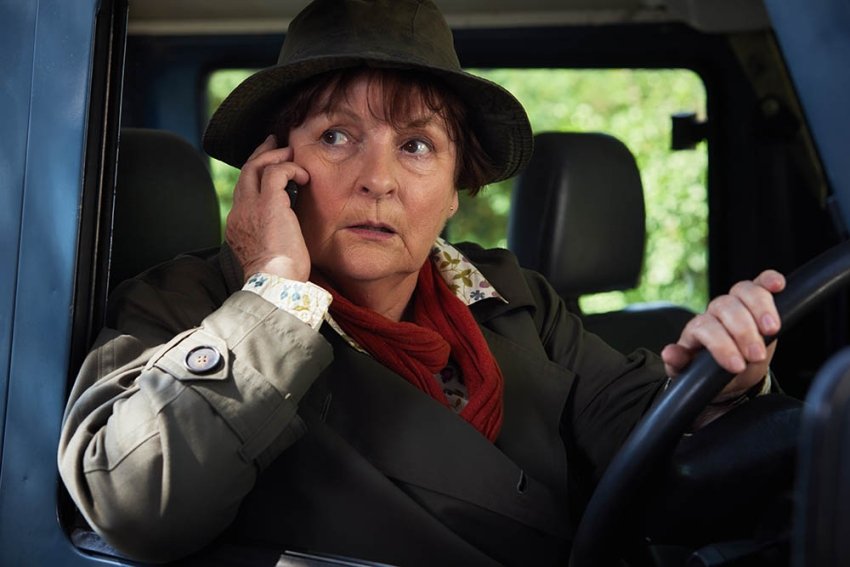 8.00pm Vera ITV1 – Brenda Blethyn returns for the first of six new adaptations of stories from Ann Cleeves with the first two episodes of the run forming part of series eleven whilst the rest comprise series twelve. In this first episode, Vera investigates the death of a local GP, whose remains are found in the back of a burned out car that’s been abandoned in a deserted quarry.

10.00pm Bad Education BBC Three – New series of Jack Whitehall and Freddy Syborn’s comedy with former pupils Stephen and Mitchell finding themselves as teachers at Abbey Grove. In this first episode, new headteacher Ms. Hoburn has had enough of Mitchell and Stephen’s neglect of their teaching duties and tells them she’ll have to get rid of one of their departments unless they can prove the educational merits of their subjects. 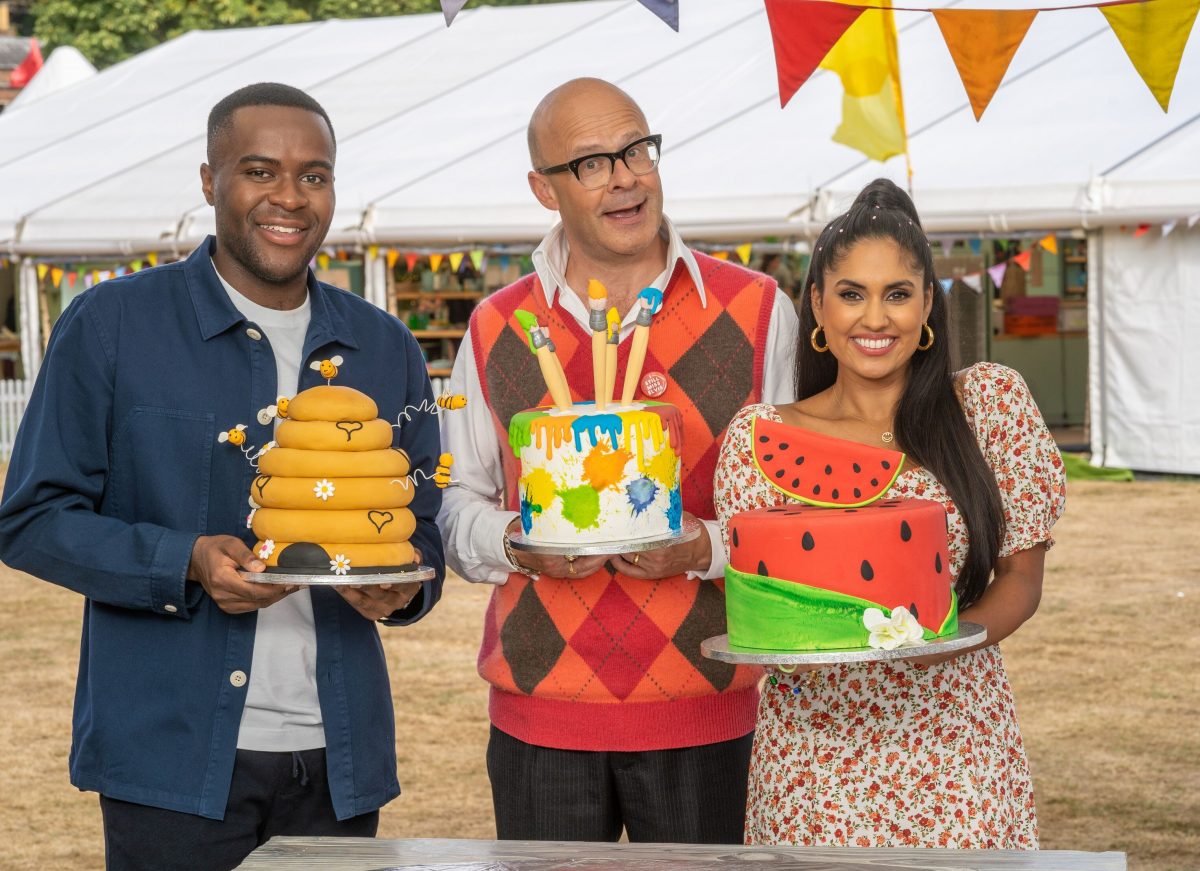 9.00pm The Last of Us Sky Atlantic – 10-part post-apocalyptic drama is based on the 2013 video game of the same name that follows Joel (Pedro Pascal), a smuggler tasked with escorting the teenage Ellie (Bella Ramsey) across a post-apocalyptic United States. It will also feature Tommy (Gabriel Luna), Joel’s younger brother and a former soldier. Other key cast includes Merle Dandridge as Marlene, the head of the Fireflies, a resistance movement hoping to gain freedom from the military. Nico Parker, Anna Torv, Nick Offerman and Murray Bartlett co-star.

9.00pm Maternal ITV1 – New medical drama telling the story of three doctors who attempt to balance their increasingly demanding jobs in post-pandemic frontline medicine with their lives as new mothers. Maryam; a Paediatric Registrar is returning to work after two years on maternity leave. As a parent of two children under two, life is chaotic and her return to City General hospital sees her catapulted straight back into frontline duties. General and Trauma Surgeon Catherine’s career was halted when a fling with a married colleague resulted in the birth of her daughter and a period of maternity leave that set her pack. Catherine is now determined to prove that neither motherhood nor competition with her ex-partner will prevent her from advancing her career. Meanwhile, registrar Helen is mum to three children whose husband is also her boss. Their disintegrating work-life balance has put a strain on their marriage which has been further exacerbated by his affair with a younger colleague. Parminder Nagra, Lara Pulver and Lisa McGrillis lead the cast. The entire series will be available to stream on ITVX following the transmission of episode one.

9.00pm Love Island ITV2 – Maya Jama takes over from Laura Whitmore as host of the reality show as it begins its winter season. Returning to South Africa, the series will once again see lovestruck singletons become embroiled through the twists and turns of coupling up in the villa whilst al their exploits are once again narrated by Iain Stirling.

9.00pm 999: On the Frontline Channel 4 – The programme following the paramedics of the West Midlands Ambulance Service returns for a new series. Filmed during the spring, when the pandemic and hospital waiting times continued to bite, the ambulance service has never been busier. In this episode, Paramedics respond to reports of a patient in cardiac arrest. When they arrive, there’s no answer at the door. Concerned that an elderly relative is attempting CPR inside, they break down two sets of doors to gain entry. Inside they discover an exhausted wife who, despite her own physical problems, has been trying to save her husband’s life.

8.00pm Winterwatch BBC Two – The wildlife series returns as Michaela Strachan and Chris Packham are based at Wild Ken Hill in Norfolk where their cameras show the season’s spectacles in full swing. Meanwhile, Gillian Burke and Iolo Williams are in Edinburgh to explore our country’s urban wildlife. Continues nightly

8.00pm Know Your S**t: Inside Our Guts Channel 4 – Dietician Sophie Medlin and gut expert Dr Rabia Topan open up poo HQ; a myth-busting, attitude-shifting clinic where no poo problem is off limits. Every episode sees real people with a variety of different issues candidly open up to the team in the hope that they can get to the bottom of things. The entire series will be available to view on All 4 following the transmission of episode one.

9.00pm India – The Modi Question BBC Two – Documentary  investigating  tensions between Indian PM Narendra Modi and the country’s Muslim minority. This first episode explores Modi’s first steps into politics including his rise through the ranks of the Bharatiya Janata Party to his appointment as Chief Minister of the state of Gujarat. It also looks at the 2002 attack on a train carrying a large number of Hindu pilgrims which led to the death of at least fifty-nine passengers. As Muslims were held responsible for these deaths, three days of rioting followed which resulted in the death of more than a thousand people, most of whom were Muslim. 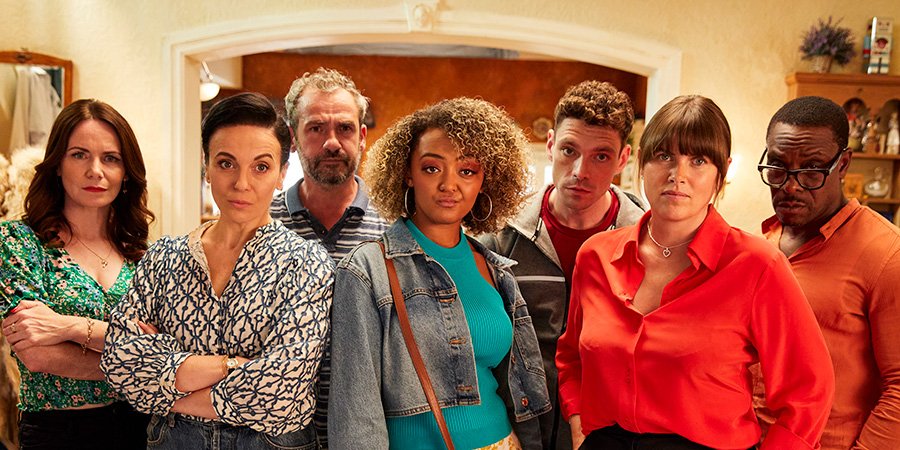 9.30pm The Family Pile ITV1 – New sitcom focusing on four sisters who have recently lost their parents are packing up their family home to sell. The comedy is led by Amanda Abbington, Clare Calbraith, Alexandra Mardell and Claire Keelan whilst support will be provided by Kieran O’Brien, Richard Pepple and James Nelson-Joyce. The entire series will be available to stream on ITVX following the transmission of episode one.

10.00pm The Girl in the Cellar: Eight Years Underground Channel Five – Documentary in which Natascha Kampusch speaks for the first time about her abduction in Vienna in 1998 when she was ten year old and spent 3096 held captive in a secret basement. Natascha speaks about her experience and reveals how conspiracy theories as well as lack of public empathy have impacted her life in the subsequent years.

Little Demon –  Disney+ – Animated comedy. 13 years after being impregnated by Satan, a reluctant mother and her Antichrist daughter attempt to live an ordinary life in Delaware. The two are constantly thwarted by monstrous forces, including that of Satan, who yearns for custody of his daughter’s soul.

9.00pm Surgeons: At the Edge of Life BBC Two – The medical documentary returns for a fifth series. In this opener, the specialist at Cambridge’s Addenbooke’s Hospital treat three patients including a single mother who has sustained spinal injuries following a car crash and a woman who has fallen down the steps of her caravan.

That 90’s Show Netflix – That 70’s Show spin-off which sees Kurtwood Smith and Debra Jo Rupp reprise their roles as Kitty and Rex as they welcome their granddaughter Leila to 1995 Point Place.

The Sex Lives of a College Girls ITVX – Second season of the US comedy from Mindy Kaling. The new season picks up with the students returning after their Fall break, tackling the challenges thrown their way at the end of season one, and facing their next semester filled with new faces, parties and predicaments. All episodes are available on ITVX from today. 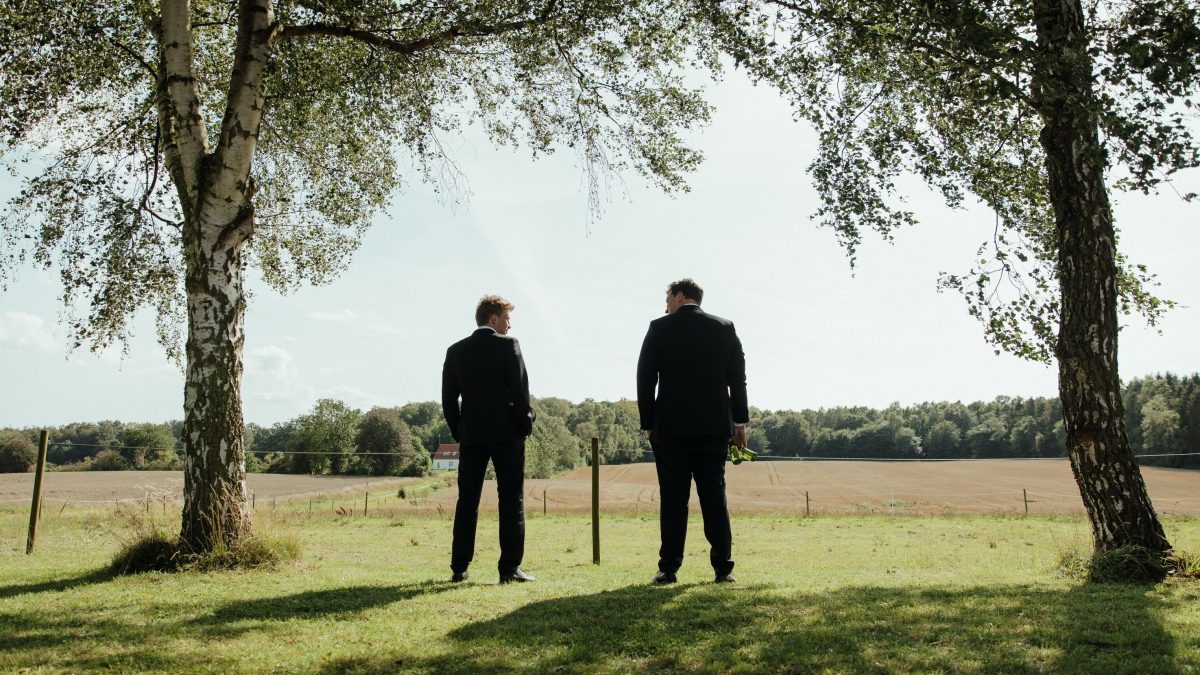 Grow All4 – Danish thriller following the lives of two brothers who are on a collision course; one an opportunistic stockbroker turned drug dealer; the other, a drug enforcement police officer trying to get away from the customary illegality of his childhood as the son of a biker kingpin. All episodes available on All4 from today.

Fauda  Netflix – Fourth series of the Israeli drama. Following the events of the previous season, Doron feels guilty over the death of his teammate, and angry after his dismissal from the unit. Captain Ayub tries to bring Doron out of his difficult situation and enlists him for a security mission in Brussels, here, the action and drama ensues with a pursuit that will take Doron and the team from Belgium to Lebanon, on the most complex and dangerous mission they have ever faced. 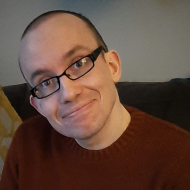