‘Starstruck’ feels more of the same and that’s fine with me.

A Starstruck renewal was a surprise – seemingly ending on the note that all romcoms end on, a happy ending where everything is resolved and the situation is perfect – but as things become clear into the second series; the honeymoon period is over almost seconds before it can begin and it instantly becomes clear that there is more story to tell. We open with Jessie (Rose Matafeo) and Tom (Nikesh Patel) arguing on the bridge not far removed from that of the BFI IMAX Cinema, London – never even making it to the airport in the first place – making use of the show’s ability to film in real-world locations superbly – with Jessie having a change of heart about moving despite having said her goodbyes, quit her job – and made her decision to move seemingly permanent. This leads to the first two episodes almost feeling like an epilogue to the first series as things have to set in and reverse their course, with both characters adjusting to the real-world reality of the consequences of their actions. Starstruck has always been about what has happened after the fact – the first series’ whole reason for being was about exploring the “what if?” premise of hooking up with a movie star – but Starstruck takes everything to the next level here and adopts a more level-headed approach.

It’s certainly an awkward start for both characters – to Tom’s credit, he sticks around, and both characters go on a “taking it slow” date around London that does all the typical London-date things, Jessie gets a caricature painting of her face, whilst Tom takes a photo of them in a photo-booth in black and white. Portraits are used as a way to showcase both characters’ emotions – Jessie is on a jet-ski, having the time of her life – whilst Jessie’s first reaction to Tom’s black and white photo is that he looks worried. The pair have to come to terms with the reality of their relationship and what it means – if series one was the Before Sunrise, series two is the Before Sunset, set against the backdrop of a very real-world London where locations will be instantly recognisable to any resident. If you were wondering whether or not a renewal was a mistake and a closed-loop would have been better, rest assured – Starstruck more than justifies a second series within its first twenty-odd minutes, culminating in a mutual understanding at a live performance of Magic Mike. Tom has to get back to work eventually and Jessie doesn’t want to go. 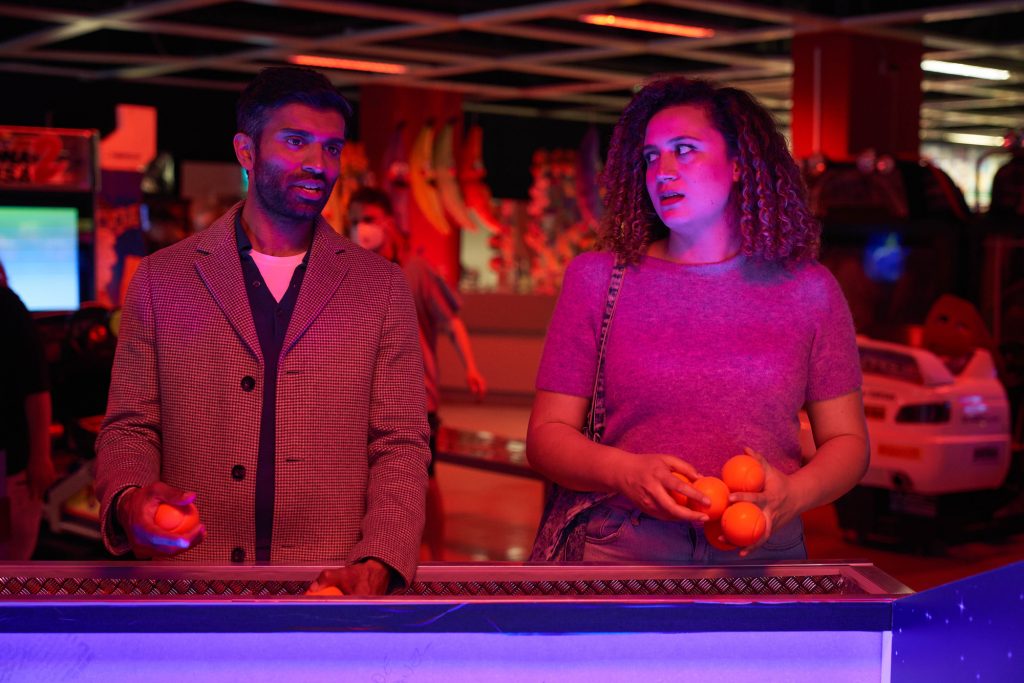 The series follows  Jessie and Tom examining their relationship and what it means for them in their lives – and how it affects their circle of friendship. We get to see Kate’s (Emma Sidi)  reaction to it all – the Jessie and Kate dynamic has grown since series one with Kate now facing a dilemma of having the person who she’s in love with move in with her – and the natural chemistry between Emma Sidi and Rose Matafeo allows both actors to get the best out of each other. There are flashes of brilliance in every complex relationship here – and we’re always clear as to what the characters think and why. Rom-com fans will get the most out of this – as with the first series, plenty of tropes are employed every step of the way – but Starstruck has tons of heart that makes even the tropiest scene watchable, and part of that is due to the actors’ now in-built chemistry, both Matafeo and Patel bounce off each other brilliantly, and the show still manages to find plenty of hijinks for the first series – a delight in the second episode is Jessie pretending to have an argument with Tom for any imaginary Daily Mail photographers, with Matafeo capable of making any situation that Jessie finds herself in instantly hilarious and relatable without being too outlandish – it never feels at the detriment to her character. It doesn’t feel like a year since the first show – yet there’s been enough time from it that it’s such a welcome refresher.

This is the back-down-to-Earth series, the series that picks up with the real-world consequences of where the first left off – that extends to both a career and personal level and it quickly finds its groove with each episode bringing something new to the table. As someone who used to work in a cinema one of the things that I enjoyed on a personal level about Series one was the struggles at Jessie’s cinema job – and it’s captured again, however briefly when she fits back in with the culture that she left and learns that her position has been filled. 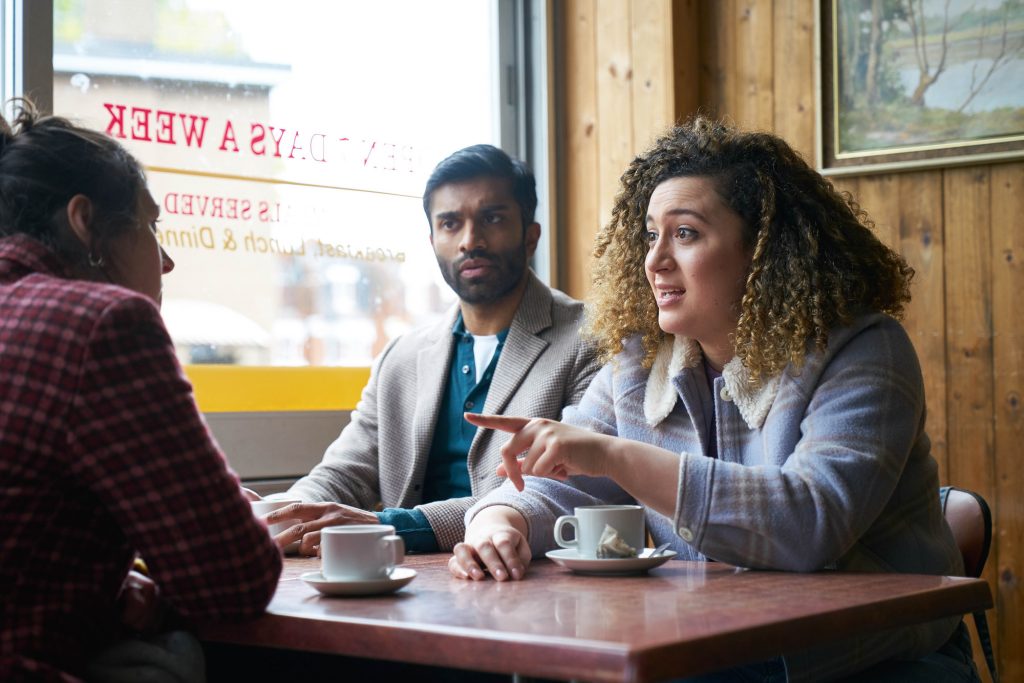 The series also sees Jessie trying to fit in with Tom’s social circle, family and friends – the differences become stark and clear like two different worlds colliding. The real-world consequences of her decision are very much addressed on a consistent basis – with plenty of gags that never feel tired. Any show that can add Russell Tovey to its cast can never be a bad thing – he’s playing a director and revelling in the role of control and completely excelling in it. The show makes the characters around Jessie and Tom feel like real people rather than just secondary players in the love story.  These characters all have lives of their own, and they work together to make Starstruck feel like more of a complete whole as a result.

It matches up with Matafeo’s brand of humour perfectly – if you missed the feature film Baby Done towards the start of last year, you’ll want to go back and check it out – and fans of her work will find themselves instantly at home here. It can feel like more of the same, but when more of the same was this good – and stays this good – it’s never a bad sign.

Starstruck will air on Monday 7th February on BBC Three with all episodes available at launch on BBC iPlayer. 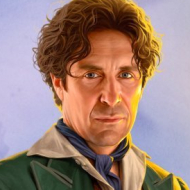