I do love a happy ending! Which is a shame, as we’re clearly not going to get one in The Honourable Woman. 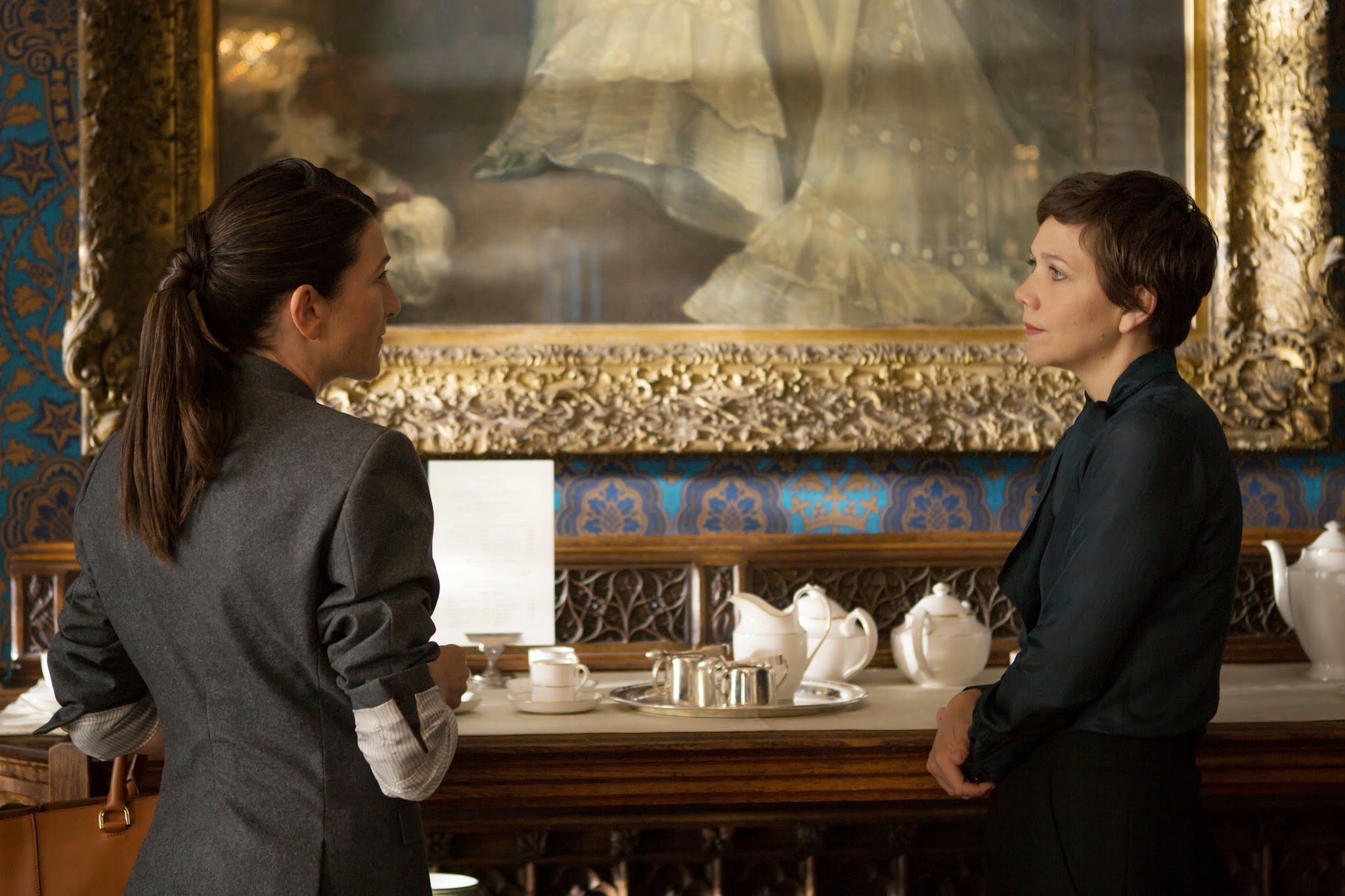 My brain is trying to make terrible puns about Nathaniel making tasty sausages, so apologies, but that was a grim, if not unexpected, scene. To be honest, I knew he was a goner when he touched the door of what was obviously a crime scene with his bare hand. Idiot.

Two things occurred to me during this twist. Does this mean we get to see more of Schwako the Wacko? Honestly, where did they conjure him up from? Also, is Frances, who has suddenly turned very steely, working with Burnt Face Man? Because if Nathaniel wasn’t leaving a trail, then how did BFM know he would be there? Although we are talking about man who leaves his fingerprints at a crime scene, so maybe I’m giving Nathaniel too much credit here.

Someone who does deserve more credit is Katherine Parkinson, putting in a stonking performance as Rachel Stein. I am loving her faux sympathy with Nessa and Atika, she knows something is up but can’t put her finger on what. I reckon she will get there before dozy Ephra does though. All that nonsense about who Kasim’s daddy is when clearly we need to be looking for who his mummy is. 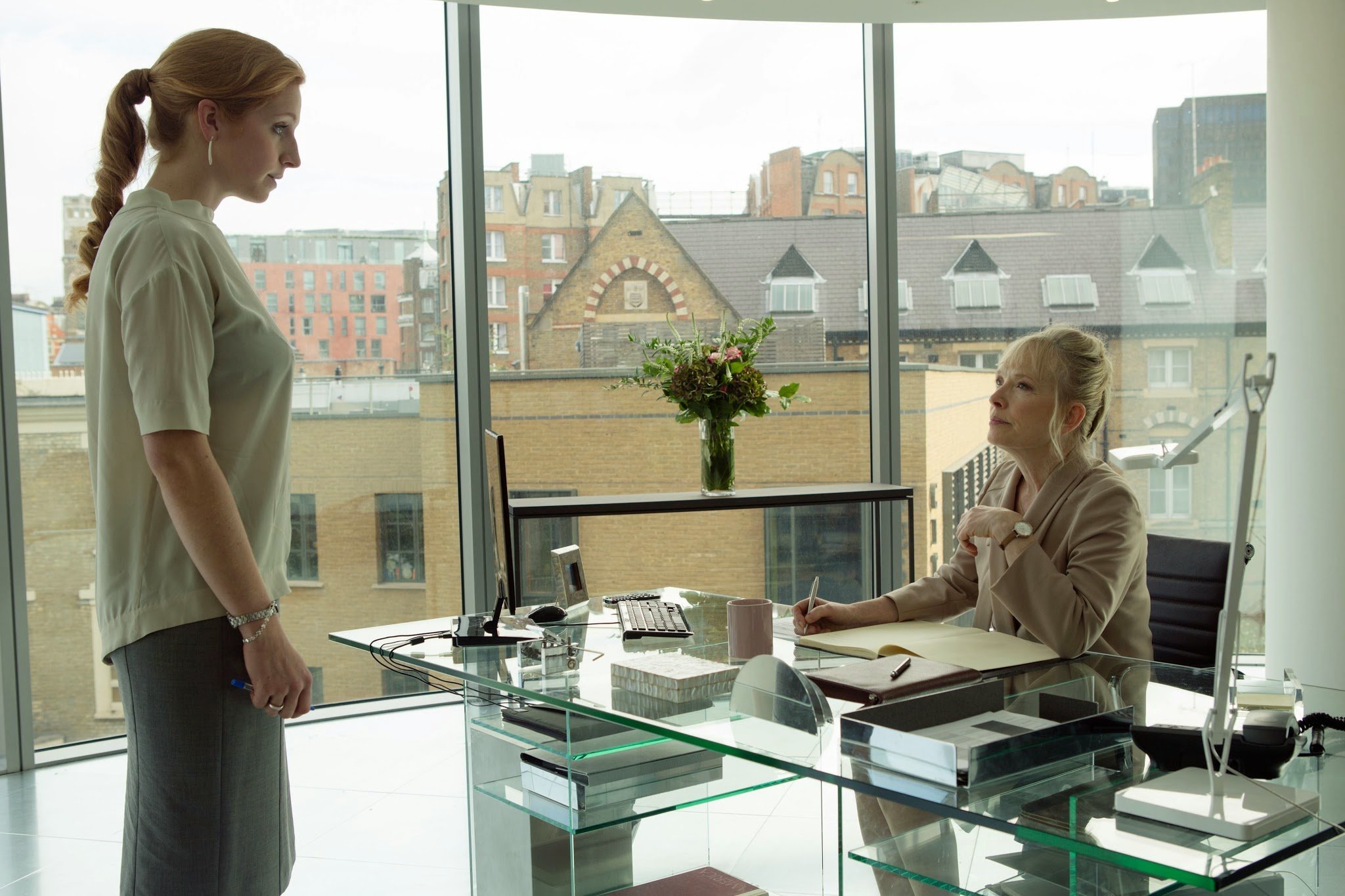 For the record, I think the ending of the programme signalled pretty clearly that BFM is the daddy. This gives me further evidence that Nessa is mummy, as she burnt his face. I think it’s safe to assume that in the year that Nessa and Atika were held captive, they were subjected to rape.

I’m slightly puzzled as to why all this has to be a secret. Apart from the fact that it’s not great for a peace process if an Israeli and a Palestinian are kidnapped and raped for a year, with a baby at the end, it doesn’t seem like Nessa or Atika did anything wrong. Also, without meaning to sound glib, terrible things happen in war, and if Nessa and Atika came out of their ordeal still committed to peace, that sends a powerful message. As ever, I write this mindful of the horrendous news coming from Gaza today. Watching HW is certainly an education in the complexities of a conflict that has clearly gone on far too long.

All in all, we didn’t get many answers this week but as ever, we still have lots of questions. If any of you would like to try and answer them, you can tweet me @QueeniePrior to be featured in next week’s review:

How adorable was Hugh, trying to get his wife to love him again? I quite like the idea that off duty spies stalk their exes to win them back. Probably only because it’s Hugh though.

How did BFM manage to build that massive gun in such a tiny toilet? Seriously, have the producers been in a public lavatory? I was in one the other day that Kate Moss would have struggled to turn round in. More realism please. Though maybe a smidge less violence (fat chance).

What am I missing? There’s clearly plenty more twists to come, we are only on episode 3 of 8 and they can’t surely be basing the whole programme on Nessa being Kasim’s real mum. It was a nice touch having the driver in Gaza turn out to be a woman (and therefore not the ‘dad’ of Kasim). What other holes are going to be found in Nessa’s story?

UPDATE – A wild and terrible idea occurred to me after I sent this review in to be edited. Nessa was on the phone to BFW crying that her secret wasn’t safe. I think she realised Nathaniel would discover what she had done and so tipped BFW off. It’s Nessa that is behind Nathaniel’s death! What is so big and bad about this secret that she would kill the man she was falling for?