Well that was a fun episode! In all seriousness, we did, finally get some answers. And some pretty big revelations. Question now being, how much does Nessa know? 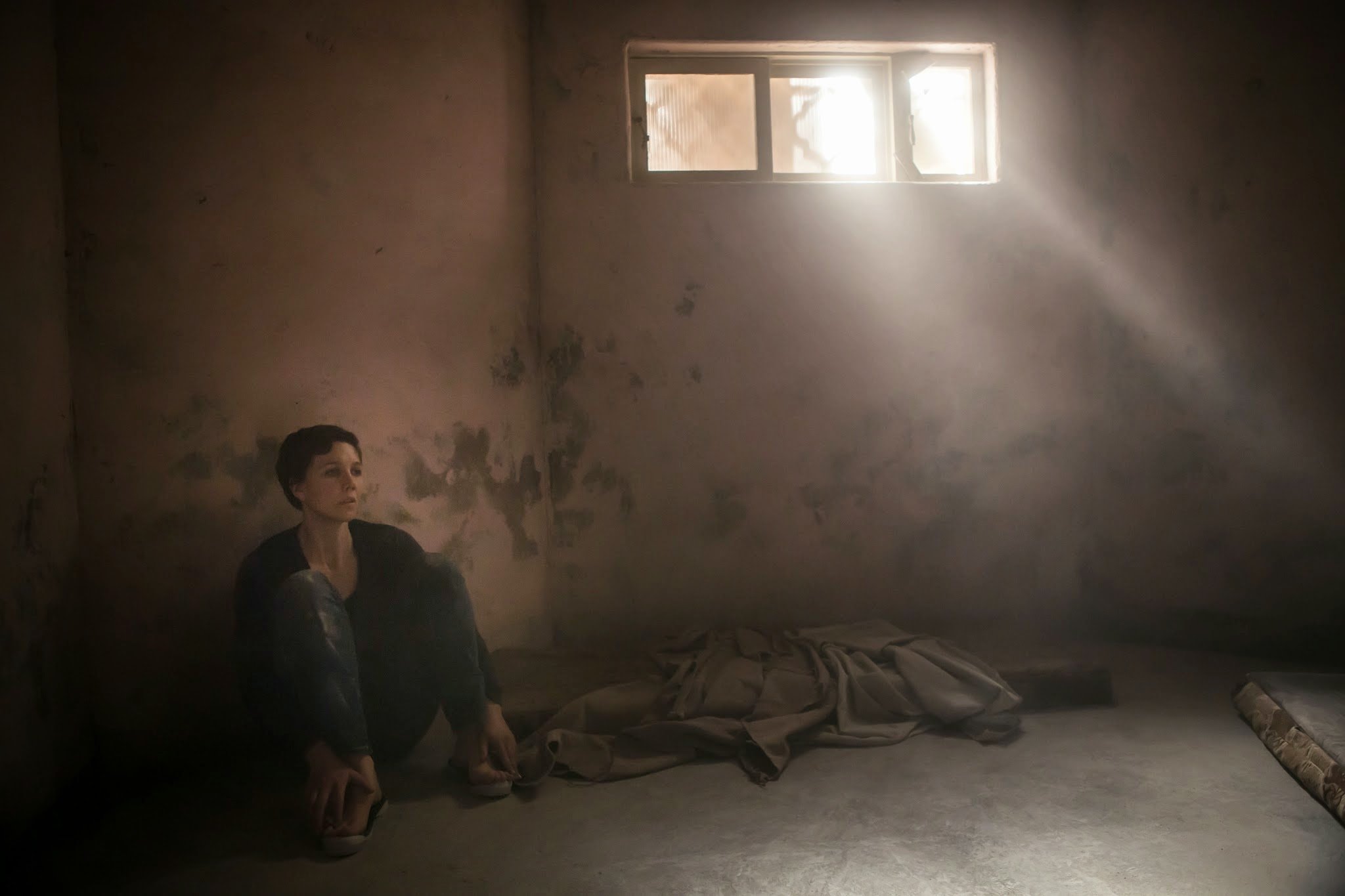 Let’s start with that brilliant dinner party argument that so bored Hugh. It was basically how my twitter timeline has read every day since the Israeli/Palestinian conflict flared up again. I imagine that those involved in the Middle East spend their days hurling their heads at brick walls, which probably explains Hugh’s lack of response. Still it didn’t please his wife (the criminally underused Lindsay Duncan) that he parked his bum on the fence.

She has other reasons to be displeased, as hubby Hugh is having a not so subtle affair with his boss Julia, Head of Middle East Desk and (I’m pretty sure) Deputy Head of MI6. And this is where we start getting answers to our present day conundrum, as this episode was cleverly set entirely 8 years ago, when things kicked off for the Stein’s. 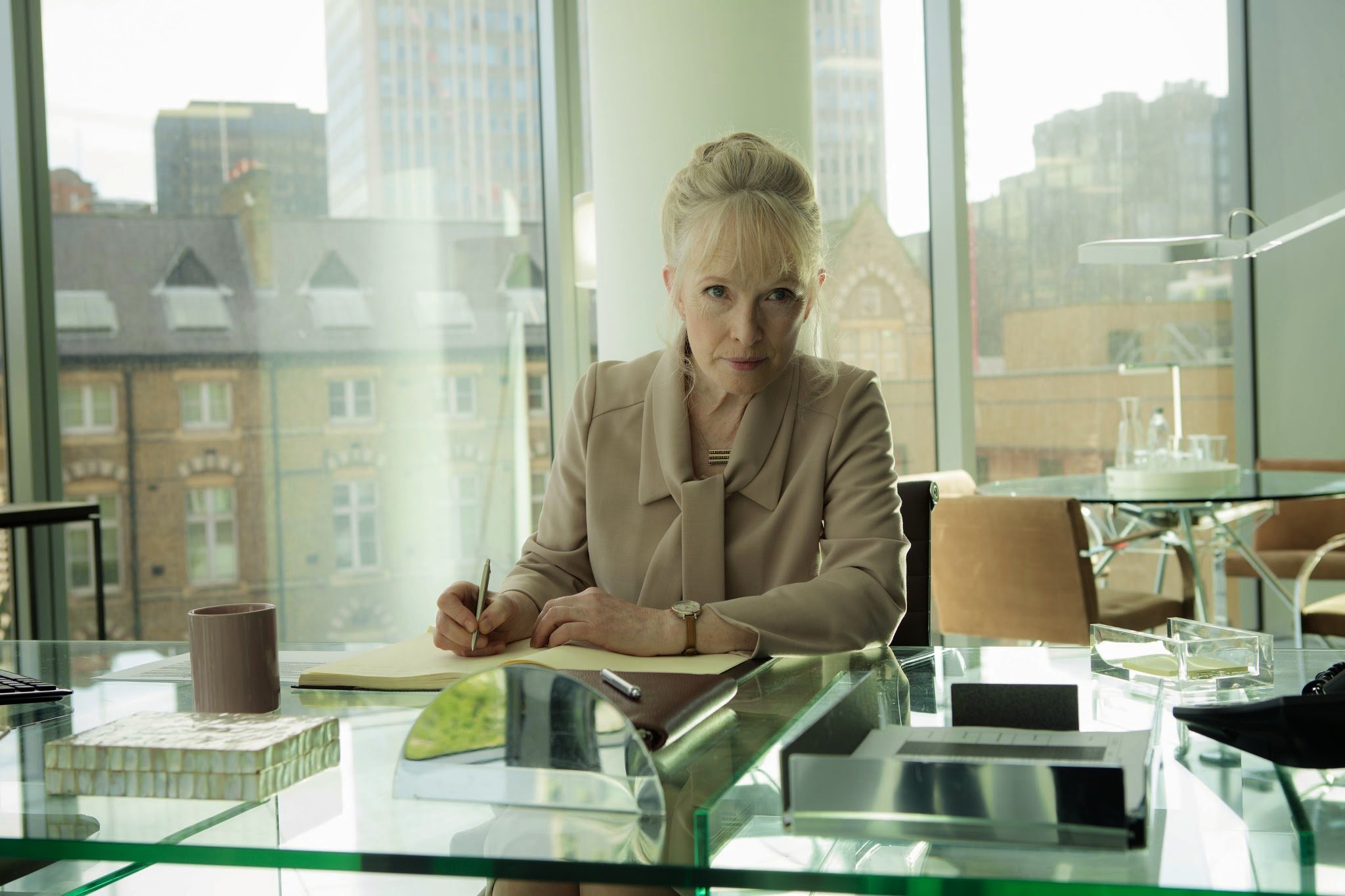 So, Julia has a problem. Her boss Sir Christopher is about as much as a chocolate teapot (I suspect that had something to do with Iraq and those weapons of mass destruction) so he has to be convinced to jump ship, then Julia can have his job. Anyone who held political manoeuvring in low esteem will have found plenty to satisfy themselves this episode. Basically we’re corrupt, but for the right reasons.

Anyway, Nessa pops off to Israel to open a computer academy at a university that from what I could gather, accepts students from both sides of the continent. This was an information filled episode and I did lose things every so often, so please correct me in the comments if I’ve misunderstood anything.

Nessa meets Atika, a Gaza native who is clearly very fond of Ephra but less fond of being stuck in Israel. Nessa, attempting a subtle takeover of the company and keen to prove she’s not just a pretty face, spots that the Stein Foundation has donated 1.5 million dollars for the Israeli university to build a new language lab. Except the money was neither asked for nor received. Worse, it looks like the money ended up in Gaza, is Ephra secretly financing terrorists?

Nessa, despite Ephra’s warnings, gets Atika to sneak her into Gaza, where a Fatah man agrees to meet them. As far as I can make out, Western governments regard Fatah better than Hamas (who are official terrorists) but probably not by much. Look, I told you this was complicated.

Moving on, Fatah man is a nasty double crosser and it is his men who kill the driver and kidnap Nessa and Atika. While MI6 play power games (more later) Burnt Face Man (who hasn’t yet burnt his face) pops some pills and rapes one of the women he has kidnapped. Guess which one?

That’s right folks, as we long suspected, he rapes Nessa, leading her to become pregnant with Kasim. Atika seeks revenge by smashing a burning oil lamp in his face. The other Fatah kidnappers are surprisingly kind when they learn of this, Nessa is allowed to walk free providing she has the baby and delivers it into their care. Eventually, they even let Atika go.

And then comes the killer twist. BFM was the son of double crossing Fatah man, considered something of a renegade amongst Palestinians. DCFM (I’ll work on a better acronym) is the one who ordered the hit on Eli Stein, Nessa and Ephra’s father. So keeping the as yet unborn Kasim is further revenge.

Back in the UK, Ephra confesses that the 1.5 million dollars came from America and he was just the conduit for it to get to Hamas. The money secured the release of an Israeli soldier and the transaction was approved by Sir Christopher. Handily for Julia, MI6 Monica, as we know her, recorded the whole thing.

Julia uses the tape to get rid of Sir Chris, she gets the top job, Monica gets to be Deputy but asks for someone to keep the seat warm, enter Hugh.

So that tells a lot about what’s happening in the present day, but we still don’t know:

Does Nessa know that her son’s grandfather ordered the death of her father?

How did Nessa and Atika sneak Kasim out of Gaza? My money is on Nessa pretending her baby died and that’s why everyone was told Atika was the mum.

What do the kidnappers want with Kasim now? Does BFM just want to know his son or is this part of DCFM’s master revenge plot?

As DCFM looked pretty ill 8 years ago, is he even still alive? Is that what has set events off in the present day?

As ever, comments and queries to @QueeniePrior I’ve tried hard to stay politically neutral in this review, in light of the current conflict, and all information is accurate as far as I am aware. Any mistakes are mine.

Read Our Review of Episode 3

Read our review of Episode 2