22 year old actor Nico Mirallegro has already been in one of the biggest successes of 2013. E4’s comedy My Mad Fat Diary won viewers with its warm and believable characters, brilliant storylines and wonderful ’90s nostalgia.

In his latest role Mirallegro stars alongside John Simm and Maxine Peake in an ambitious period drama from Silk writer Peter Moffat. The Village begins in 2012 where Bert Middleton, Britain’s second oldest man is telling the story of his life. The story then flashes back to Bert’s village in 1914.

Nico stars as Joe, the eldest son of John and Grace Milddleton (John Simm and Maxine Peake). The Middleton family are poor: the farm has been in the family for five generations but life is a struggle

for the boys’ parents. John has turned to drink, and is killing himself trying to get the harvest in on his own – work that should be done by a whole team, but John is not a popular man in the village. Bert is the only help John has on the farm, and he tries to take Bert out of school. But Bert’s teacher and mentor, Gerard Eyre

(Matt Stokoe), refuses to let him: a boy needs an education.

At the start of the series Joe is nineteen years old. He is torn in half by his love for his mother and his little brother, and his yearning to escape the tyranny of his father. He takes a job at the Allingham’s house to bring some money in, and falls in love with Martha Lane (Charlie Murphy). In this special podcast I speak to Nico about why The Village feels so different to any period piece before it and ask about the massive success of My Mad Fat Diary.

The Village starts Sunday 31st March on BBC1 at 9.00pm 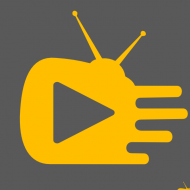