Why Channel 4 should be proud of Indian Summers

Channel 4’s newest large-scale drama, Indian Summers started tonight after much hype surrounding the show. Hailed as Channel 4’s answer to Downton Abbey, Indian Summers certainly looked like a big-budget period drama; from set designs to costumes, the show situated itself alongside the big players of the genre. With a huge cast, both in size, and in reputation, including Julie Walters, Nikesh Patel and Olivia Grant, it was clear to see that Indian Summers was following the ‘go hard or go home’ motto. 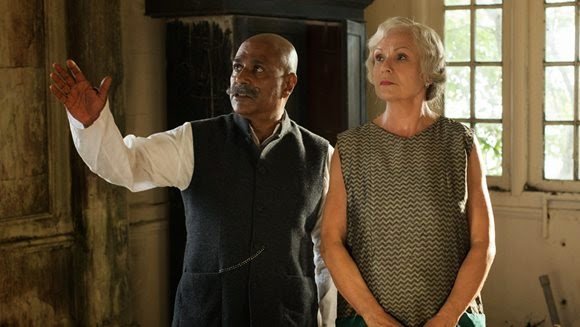 The show begins in 1932 and surrounds itself around some Brits who travelled to India in their holidays. Most interestingly, this is not just about the British politics, as it could well have been, but it shows the lives and drama surrounding the Indians during the time. The show centres itself a decade or so before India became independent, and so, the show does explore some of the colonial themes within the first episode, and I imagine that it will continue to do so.

First and foremost, the show looks incredible. Filmed in Malaysia, the exotic and hot Indian setting is visually very impressive. There’s a juxtaposition of high and low class that runs throughout the show; they seem to be woven into each other impeccably, each serving to highlight the extremity of the other. In Cynthia’s (Julie Walters) house, the scenes appear to be disjointed; the 1920s style music, the very on-trend British costumes and the furniture that wouldn’t look out of place in London in the 30s contrasts with the glimpses of exotic and rural India outside of the windows. This dichotomy only serves to highlight the imposing nature of colonisation, so it is clear to see why the show has situated itself around this period of change within India.

In the backdrop of the colonisation themes, there’s a great focus on the notion of love; this is interesting, as it’s not just straight-forward boy-meets-girl type of scenario, but Indian Summers explores forbidden and lost loves. Cynthia laments over her lost husband at various points, Aafrin is not allowed to follow his heart with a girl of the Hindu faith, Dougie and Sarah are definitely not living a perfect married life together, with Dougie seeming to fall for Leena whilst they care for the young boy found on the train tracks. 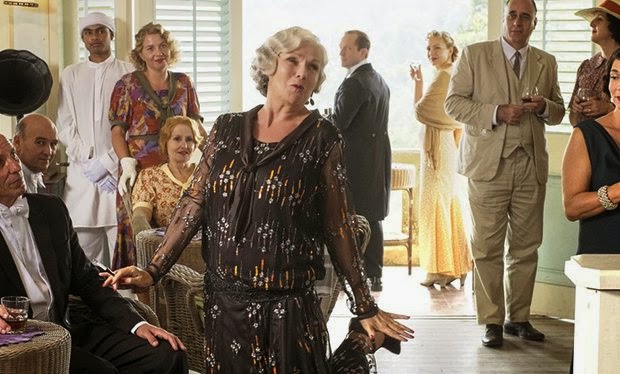 Cynthia was by far one of my favourite characters. Julie Walters is well known for playing the lovable and comedic characters, so I instantly fell into seeing Cynthia as another jokey type of character; yes, this certainly seemed to be true for the first half of the show as Cynthia was the life and soul of the party, singing and dancing with everyone. But her character took on a darker side in the second half of the show, proving to be a scheming and super manipulative matriarchal figure. She provided a touch of the sinister to the drama and it was these different levels of interest (manipulation, colonisation, the twisted love plot) which sets Indian Summers apart from the seemingly one-dimensional Downton Abbey.

One area that I feel this first episode fell a bit weak on was developing cliff hangers. Yes, there were real tense moments within the show, but they seemed to fall a little flat. For example, yes, poor Aafrin was shot and it’s unclear as to whether he’s going to survive as his family all gathered around him, but to switch to the man who shot him in prison seemed to me to be a bit of an anti-climax. I guess the suspense comes more from the revelation that the ‘seems like an alright guy, but really I think he’s a bit dodgy’ Ralph didn’t kill the shooter, instead made sure he was imprisoned.

Overall, for me, Indian Summers was a real treat. If I’m being totally honest, period dramas aren’t my thing; I find them too prim and proper to ever be that interesting. Indian Summers however, has taken all of the conventions of the genre and managed to manipulate them, and actually has created a very interesting and intriguing story which looks visually fantastic. The characters have multiple layers, and I’m almost positive that in the rest of the series, there’ll be plenty of revelations to keep me entertained. It’s definitely, therefore, a triumph for both Channel 4 and period dramas as a genre.