How did ‘The Casual Vacancy’ shape up? 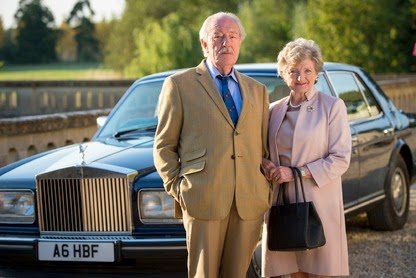 In the twee, cloistered town of Pagford – a beautiful English idyll – there is a war going on. The scenery of The Casual Vacancy (adapted by The Crimson Field’s Sarah Phelps from JK Rowling’s first foray into adult literature back in 2012) might be reminiscent of the sheltered English countryside in the throes of the Second World War but the battle in Pagford takes entirely behind closed doors. It was a tale of parish-pump politics, of duplicity, of underhandedness and of middle class people worrying about decidedly petty middle class things. All things considered, The Casual Vacancy was delightful Sunday night viewing. 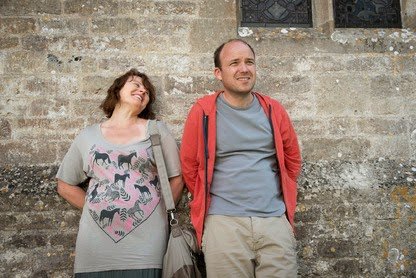 While it may have vied with Channel 4’s Indian Summers for the highest ratings, The Casual Vacancy has most likely scooped up the majority of viewers because of its comfortable aesthetic, star-spangled cast and pure schadenfreude. Very few of The Casual Vacancy’s colourful residents were genuinely likeable with wholesome councillor Barry Fairbrother being the nicest of the bunch and he kicked the bucket roughly halfway through. Anyone who has read the book (or, perhaps, are so well versed in local council administration lingo that they knew what a casual vacancy was) will have known that Fairbrother is the catalyst of the book and the casualty of the title, leaving behind a much sought-after seat on the council for the town to fight over. Rory Kinnear played him rather amiably although much too briefly; in fairness, Fairbrother drops dead in the first page as opposed to the first half hour so kudos to Sarah Phelps for not dispensing with him too quickly.

Kinnear is not the only big name on the cast. He was joined by Michael Gambon as snooty deli owner Howard Mollison; Julia McKenzie as his equally supercilious wife, Shirley; Keeley Hawes and Rufus Jones as their daughter-in-law and son; In the Flesh’s Emily Bevan popped up in what appears to be a thankless role as Fairbrother’s widow. Having read The Casual Vacancy in its original format, I naively assumed I would remember the characters and situations. After five minutes I was stumped but Phelps did a terrific job at fleshing out Pagford’s townspeople for first time watchers and fans, forcing impatient new viewers to wait while she elaborated on each of the characters. Phelps has succeeded in capturing the spirit and energy of the novel whilst adding her own creative spin. While the book could be leaden-footed at times, the TV adaption has a fine, energetic pace as well as some excellent performances to boot. Keeley Hawes excelled playing against type as the brassy Samantha while Julia McKenzie and Michael Gambon seemed to have a grand old time as two elderly conservatives. The same can be said for the young members of the cast with Joe Hurst, Ria Choony, Richard Glover and Simon McBurney turning in exceptional performances. I was not quite as sold on Abigail Lawrie’s Krystal Weedon, a tearaway living with her heroin-addled mother. Perhaps it’s because the character of Krystal is something of a cliché and presently the TV adaption of The Casual Vacancy has yet to advance her character beyond a stereotype, though my fingers are crossed. 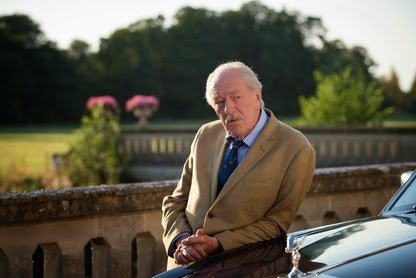 The Casual Vacancy is refreshing and engaging whilst not differing tremendously from the source material thus striking a perfect balance between verbatim adaption and wildly divergent transformation. Sarah Phelps’ script is excellent and the performances are expectantly strong so there is little to fault with The Casual Vacancy bar a few woollier characters. Perfect Sunday-night-Horlicks-and-a-blanket telly, then.

The Casual Vacancy Continues Sunday at 9.00pm on BBC One.